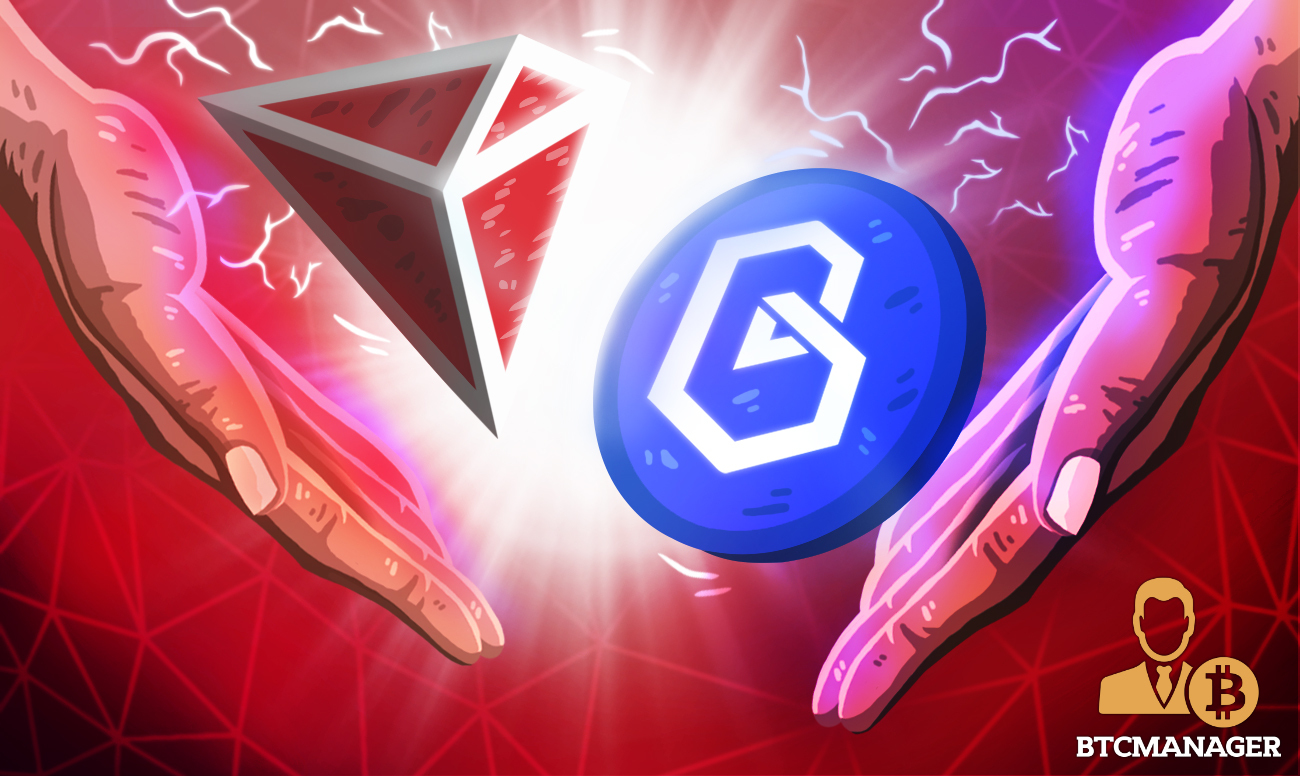 TRON Network, one of the largest blockchain-based operating systems in the world, has strategically partnered and completed integration with Band Protocol to bring secure and verified decentralized oracles to power its rapidly growing DeFi and decentralized application space. Both teams are solving the blockchain scalability issue and have joined forces to bring high-throughput, customizable, and decentralized oracles for all TRON developers as well as various leading DApps in the TRON ecosystem. Additionally, a TRC20 BAND token will be created specifically for TRON DeFi DApps to utilize as a collateral asset, store of value, medium of exchange and more!

As part of the strategic partnership, the TRON Foundation is already working closely with Band Protocol to integrate and secure all TRON applications covering enterprise, government DeFi, betting, games, RNG and more that process millions of dollars in value and cumulatively have hundreds of thousands of users. The first Band Protocol DApp integration is with JUST, leading stablecoin protocol on TRON, to secure over $30M in collateral.

Band Protocol is extremely proud to be the first external oracle solution chosen to be integrated into TRON.

The bridge implementation of the BandChain decentralized oracle network has been completed with the assistance of TRON core developers who have also officially added Band Protocol into the TRON developer documentation. The documentation provided developers a comprehensive guide on how to leverage the tools to query the data already available on the BandChain bridge contract or create a custom decentralized oracle with fine-tuned parameters. With this integration, TRON developers are empowered to build highly secure decentralized applications that are truly scalable without the limitations of excessive data costs or congestion issues common in native blockchain based oracles.

To ensure the success of Band Protocol’s integration with TRON, both teams have kickstarted work with the leading decentralized applications in the TRON ecosystem. This means the following price pairs are currently available to be read on the BandChain bridge smart contract BTC/USD, ETH/USD, BNB/USD, BUSD/USD, BAND/USD, XAU/USD, XAG/USD, EUR/USD, CNY/USD, JPY/USD, GBP/USD and KRW/USD. Band Protocol’s cryptoasset price feeds automatically update once every 5 minutes with the commodity and foreign exchange feeds updating once every hour.

TRON developers are not limited to the aforementioned data types, any additional oracle script can be created permissionlessly and customized from data sources, aggregation method, update and security parameters to adapt to any demands from decentralized applications built on TRON.

“We are ecstatic to enhance TRON with the most valuable oracle product on the market. This integration marks a new era of high-quality partners, protocols, and services migrating to TRON’s blockchain. The future of blockchain technology is bright as we kick off a series of TRON DeFi partnerships to come. TRON’s ecosystem is growing faster than ever and having Band Protocol secure our top applications helps us speed up the adoption of DeFi and DApps worldwide,” said Justin Sun, CEO of BitTorrent and Founder of TRON.

The TRON public chain is considered to be one of the most secure and operationally efficient public chain systems in the blockchain industry and trusted by an extensive ecosystem of major partners such as Samsung, Opera, enterprise and government departments. The decentralized network is operated by over 925+ unique and active nodes in which creation and storage of data does not rely on a particular individual or organization

“Band Protocol is thrilled to be the first oracle solution integrated into the TRON public blockchain, a pioneer platform for scalable blockchain technology and world-leading operating system for almost 1000 decentralized applications. Working closely with the TRON team to support and bring secure, customizable and decentralized oracle technology will power the next generation of scalable applications that fuel the next wave of blockchain adoption,” noted Soravis Srinawakoon, CEO & Co-Founder of Band Protocol.

The strategic partnership with TRON is an on-going process and deep collaboration that will be extended into the long-term. Both teams will be playing a pivotal role in creating a secure standard for the treatment of oracles and data in decentralized applications to ensure the highest level of security guarantee with usability to bring the industry closer to mass adoption.

Stay tuned as we announce development and integration progress with TRON DApps in the upcoming weeks!

TRON is dedicated to accelerating and the decentralization of the internet through blockchain technology and decentralized applications. Founded in September 2017 by Justin Sun, the company has delivered a series of achievements, including MainNet launch on May 2018, network independence on June 2018, and TRON Virtual Machine launch on August 2018. July 2018 also marked the acquisition of BitTorrent, a pioneer in decentralized services boasting approximately 100M monthly active users.

Band Protocol is a cross-chain data oracle platform that aggregates and connects real-world data and APIs to smart contracts. Blockchains are great at immutable storage and deterministic, verifiable computations — however, they cannot securely access data available outside the blockchain networks. Band Protocol enables smart contract applications such as DeFi, prediction markets, and games to be built on-chain without relying on the single point of failure of a centralized oracle. Band Protocol is backed by a strong network of stakeholders including Sequoia Capital, one of the top venture capital firms in the world, and the leading cryptocurrency exchange, Binance.