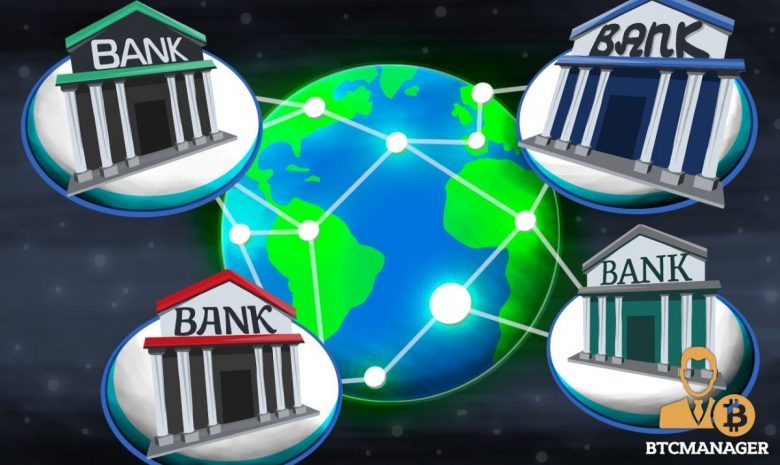 Two of the world’s larger banks recently acquired three distinct patents in the field of blockchain technology. Wells Fargo’s, aptly titled “Data element tokenization management,” was filed on July 17, 2018, and looks to tokenize pretty much every possible data piece possible. Barclays later filed two patents on July 19, 2018. The first looks to streamline cryptocurrency transfers between clients while the latter hopes to beef up current KYC standards at the British firm.

If it’s not entirely clear after examining the patent applied by Wells Fargo, the following analysis will provide an excellent case and point for why most firms probably don’t need a blockchain. In fact, as far as what the American bank is hoping for, there are only two reasonable conclusions that can be drawn.

In the first, they’re afraid that Bank of America might be outpacing them in the blockchain patent tally and quickly want to hop on the next wave of remarkable internet inventions. In the second, of which attracts a different critic, the firm doesn’t wholly understand the limits, or advantages, of legacy data servers and the efficiency havoc that a blockchain would render to their current status.

The “Tokenization Service Provider,” that which would act as the centrifuge for the collation of arbitrary data at Wells Fargo (the patent describes this as “database cells, XML and other document elements, areas of graphics images, etc.”) would ultimately function as a private server for someone with the arbitrary status of “need-to-know.”

It would then “recover, for an authorized requestor, the original content protected by the token.” This could include debit or credit card information, for example, but the bank’s definition for tokenization is suspiciously broad:

“Tokenization is a process in which a token is substituted as a proxy for data thereby obscuring the underlying data.”

Thus a token could represent anything according to the bank and would only be accessible to an “authorized user.” If we take this in the context of transparency, or the clarity with which we hoped would have emerged post-2008 (i..e financial crisis), then this should remind many of the double-edged swords that Satoshi Nakamoto’s brilliant innovation implies for 2018 and beyond. There is nothing novel in Wells Fargo’s patent other than they hope to make a readily amenable, cryptographically secure centralized data server.

Lastly, and perhaps most importantly, the bank may never actually use blockchain technology in the application of this tokenization process. In fact, the bank is hoping, naturally, that data protection standards will be better mitigated by something like, but not limited to, a private blockchain:

“The systems and methods address the requirement to protect data even when it is stored in a publically accessible environment, such as the cloud, within a blockchain or distributed ledger, in a flexible way that is file and data element neutral. The generalization of the tokenization manifest allows for subsequent, selective tokenization of any arbitrary data elements of an arbitrary file format in accordance with the file originators request and access control requirements.”

To what extent is this any different than what is currently being pursued?

The question takes on a more significant weight if we keep in context that the California bank has distanced itself from the cryptocurrency sector at large. The firm, along with a few others, banned all customers from purchasing cryptocurrencies with Wells Fargo cards and was also sued by Bitfinex for allegedly blocking a handful of wire transfers.

The first patent in question that Barclays proposed looks to begin incorporating cryptocurrency transfers between clients. It is the patent rendition of BTCManager’s cryptocyclopedia entry “What Is a Blockchain” and is promising in that the bank seems to have gotten most things correct. Keywords like a private key, wallet, digital currency, and “blockchain” are scattered throughout indicating that the bank has taken the subject seriously enough to investigate its use in their world:

“In one example, the structures of the block chains, transactions and headers are similar to those described here.”

Naturally, readers of the patent are steadfastly awaiting the emergence of a “Barclays Digital Pound,” something similar announced by the British Central Bank, or, and most likely, a private blockchain to be developed and used by the bank to store non-financial data more securely:

“A block chain schema and secure operational process allows one or many third parties to individually or collectively vouch for the identity and/or reputation and/or other attribute (e.g., over 18, address, can drive, etc.) of a registered or other supported user (e.g. a crypto currency wallet holder) for the purpose of approving financial, communication or other transactions. The system also provides a mechanism for weighing of opinion and/or resolving pseudonyms with their primary registration authority.”

With great financial sway, comes an equally great demand for identity according to the above clip. In the second patent, the bank goes into further detail regarding the identification process of clients and even sponsors a “Super User Authority” to mitigate any discrepancies reported by other users. This authority could remove, add, or generally edit anything within the sphere of Barclays’ blockchain proposal.

It all comes across as incredibly non-democratic and authoritarian, but what can honestly be expected from a major bank?

To be clear bitcoin, the digital currency is already being used every day on a global level. Ethereum already hosts popular gaming platforms and funding models for just about anyone interested. It’s important to keep this in mind when people throw around the word “mass adoption” and get excited about a Wells Fargo demi-blockchain patent and Barclays eagerness to better observe the doings of their clients.

What’s more, and should never be forgotten, is that these banking firms are late to the game.

They showed up, bought a ticket, but now it’s the second half, and they have just realized that it might be wise to get on the field before they’re wiped from the planet. It’s competitive, or at least that’s what mass adoption will mean. The previous two patents are witness to the change in culture within the crypto space and should be celebrated with caution.

In contrast, the move from both Wells Fargo, Barclays, and many others, should serve as a reminder that if users aren’t careful, we may be heading towards the same uncomfortable end that birthed Bitcoin in the first place.