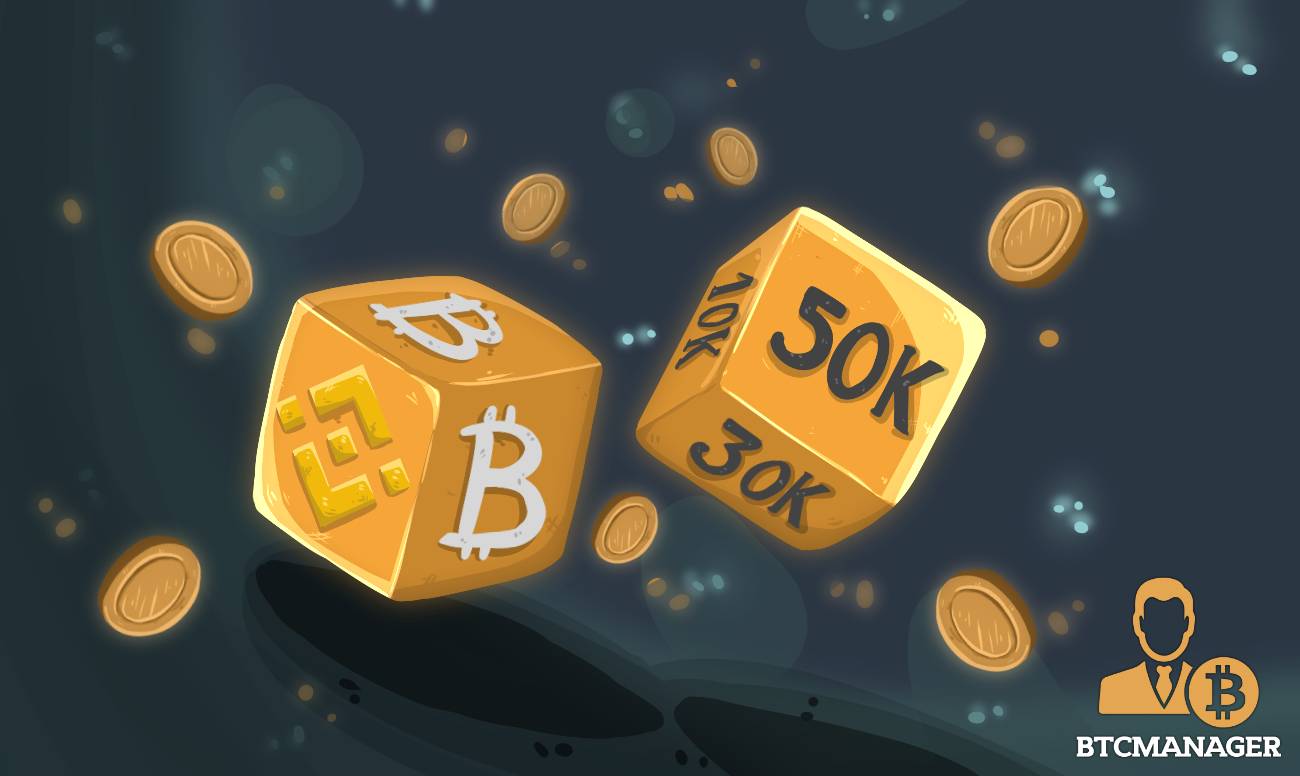 Binance chief strategy officer (CSO) Gin Chao says he believes bitcoin can as high as $50,000 to $100,000 in this current bull cycle, as per an interview with BlockTV. The Binance executive does not, however, expect this parabolic BTC advance to be replicated in the altcoin market. Several commentators have publicly declared that a new altseason is bound to happen before the end of 2019.

For Chao, history stands in bitcoin’s favor when considering the possibility of another steep climb up the price charts. During the interview, the Binance CSO declared:

#WEEKINREVIEW: "If you look at historical patterns you are probably looking at new highs at least for bitcoin in the $50,000-100,000 range." – Gin Chao, @Binance Strategy Officer. Check out the full interview at: https://t.co/9EOuzS6ktu pic.twitter.com/lvnU0GntaE

While not exactly a price prediction like the type regularly given by the likes of Fundstrat’s Tom Lee, Chao’s forecast puts BTC at a new all-time high (ATH). The Binance executive does not, however, expect the altcoin market to follow suit.

According to Chao, the 2017 bull market saw a high degree of correlation between cryptocurrencies. The consensus is that retail hype across the market fueled by initial coin offerings (ICOs) drove up the total market value.

Chao believes that investors are a lot more discerning as to the difference between cryptos with discernable utility and the rest of the speculative horde that proliferates the market. Several commentators say the 2019 BTC performance is down mainly to growing institutional interest.

Will Another Alt-season Happen in 2019?

Concerning altcoins, Chao’s forecast appears dire, predicting that another altseason during the current bull cycle remains unlikely. The Binance CSO based his belief of the emerging decrease in the correlation between bitcoin and the altcoin market.

Bitcoin’s rise to $13,800 in June 2019 saw altcoin prices take a massive hit. Even cryptos like ether and litecoin that had been on the rise suffered huge dents while BTC coasted to a new 2019 high.

If Chao’s forecast comes to pass, then it would mean a bull market for BTC and significant losses for altcoins. Stakeholders like Tom Lee believe the opposite, saying BTC price fatigue will trigger another altseason in 2019.

Bitcoin cranking up, but the real winners, beginning soon, pwill be the alt coins 10x + the rise in Bitcoin. Top of the heap will be the ones most beaten down in the Bear Market – Docademic, Apollo, XTZ, etc. This is where the real money is to be made. Fill your bags folks. pic.twitter.com/Mgh8KVd4M2

For Lee, once the bitcoin parabolic advance stalls, investors will look to redistribute their gains on rising altcoin tokens as a way of earning multiple gains. John McAfee also recently expressed similar views even going as far as saying that some altcoins will see 10 times more gains than BTC.