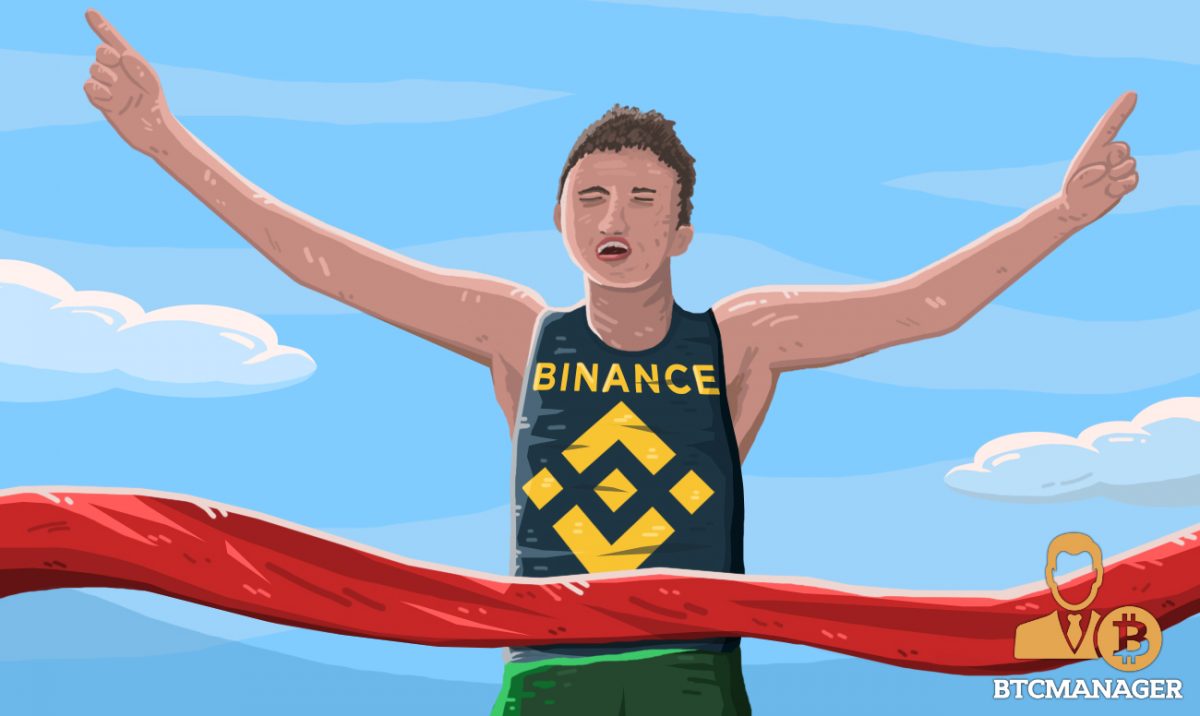 Posting on the Binance website, the company has disclosed information on the recent theft attempts and also details how the exchange foiled them and preserved users’ investments. Amid several exchanges’ losses due to cybercrime, Binance has reaffirmed itself as a secure exchange and demonstrated at least one good reason why it has become the largest cryptocurrency exchange in the world, listing well over 200 coins for traders.

Starting with “Fellow Binancians,” the company demonstrated true transparency in its bulletin surrounding a recent phishing attempt that would have cost users a fortune in digital currency.

“On March 7, UTC 14:58-14:59, within this 2 minute period, the VIA/BTC market experienced abnormal trading activity. Our automatic risk management system was triggered, and all withdrawals were halted immediately,” disclosed the leading exchange.

Although the Binance hack generated rumors that some observers have cited as factors in Bitcoin and other values taking major dips, the post has unambiguously assured users of the exchange’s security protocols at play.

Binance was NOT hacked. Stop spreading FUD. A popular trading bot that some people use was hacked, the bot was instructed to sell all ALTs to $BTC to buy $VIA . If you don’t use bots to gain an unfair advantage, then you should be fine. #cryptocurrency#binance #binance via #via

The attack was staged as a cleverly disguised phishing attempt. Not only was it challenging for users to detect, but it was also apparent from the nature of the effort that user credentials had been accumulated over an extended period. The post went on to state the only welcome summary:

“This was part of a large scale phishing and stealing attempt. So far: All funds are safe and no funds have been stolen.”

Posting recently on LinkedIn, Binance CEO Changpeng Zhao relayed his thoughts on the future of cryptocurrencies. Presenting as a well thought out, enthusiastic but level-headed voice in the arena, users have been reassured that it carries through to the fundamental build of the Binance exchange.

The onsite post said added, “The earliest phishing attack seems to have dated back to early [January]; however it was around [February 22, 2018,], where a heavy concentration of phishing attacks were seen using Unicode domains, looking very much like binance.com, with the only difference being 2 dots at the bottom of 2 characters.”

Showing the depth and determination of the hack attempt, as “[many] users fell for these traps and phishing attempts,” after securing the user accounts, the hackers then “simply created a trading API key for each account but took no further actions, until yesterday.”

On March 7, 2018, “within the aforementioned 2 minute period, the hackers used the API keys, placed a large number of market buys on the VIA/BTC market, pushing the price high, while 31 pre-deposited accounts were there selling VIA at the top.”

This move was a savvy attempt to transfer the BTC from “the phished accounts to the 31 [hacker] accounts.”

There was also some irregular movement and repercussions after the halt on trades, with reversals enabling sudden profits for users who would have otherwise lost value in their trades. Many have withdrawn the funds thus secured already.

Looks like @binance_2017 is sending out mails to people who "benefited" from the hacks yesterday. Since they reversed trades, some people already withdrew or did some other trades with the profits and now Binance has a problem… Wondering if they have any legal ground for this. pic.twitter.com/zj0wqQHBTD

Risk management worth its salt

Withdrawals had already been flagged and automatically halted by the platform’s risk management system and none of the fraudulent withdrawal attempts were successful.

Furthermore, the accounts associated with the hack and loaded with VIA coins were frozen and the hackers have now ostensibly lost those holdings.

The report also mentioned: “The hackers were well organized. They were patient enough to not take any immediate action, and waited for the most opportune moment to act. They also selected VIA, a coin with smaller liquidity, to maximize their own gains.”

Although some users did lose, as their phished accounts were not traded off against flagged hacker accounts, the responsiveness of the risk management protocols still saved almost all of the potentially small fortune that could have been lost to the phishing attempt.

“As such, we are not in a position to reverse those trades,” said the exchange, going on to warn users of the dangerous sophistication of cybercriminals.

Thanking users for their support, the report concluded the following parting statement:

“We again advise all traders to take special precaution to secure their account credentials.”