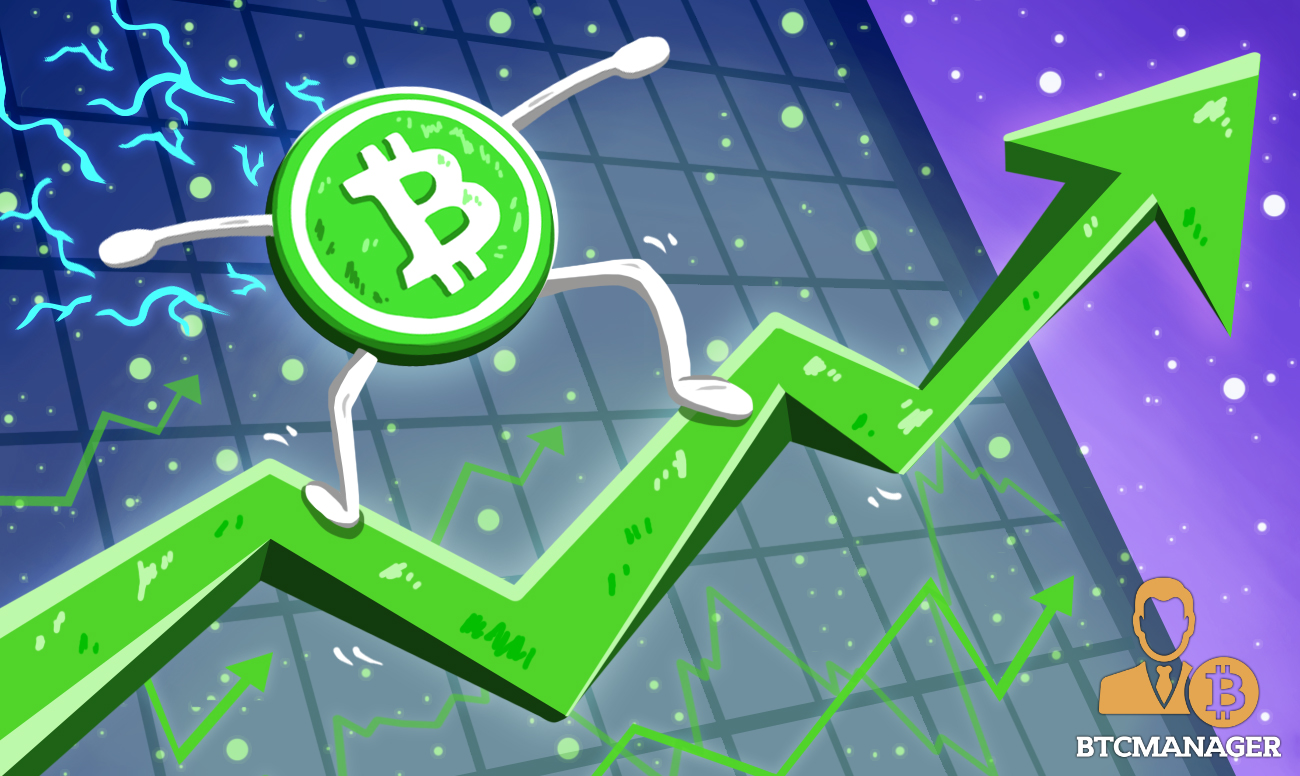 The Bitcoin Cash (BCH) blockchain’s daily processed transactions has increased by 400% since the start of the year, as per a Tweet from LongHash, May 02, 2019. This comes in light of the Bitcoin (BTC) Mempool reaching yearly highs.

Bitcoin Cash has seen a huge influx in transactions processed in 2019. In January, daily transactions were fluctuating between 10,000 and 20,000. Today, it fluctuates between 40,000 and 50,000. This a huge achievement for the big block camp that has maintained their position that BCH is intended to be electronic cash.

Bitcoin Cash transactions per day are up ~ 400% since 2019 began pic.twitter.com/IPoubkimJl

A currency’s success is often guided by the ease of doing business with it, and the total volume processed. On these two criteria, Bitcoin Cash is indeed showing growth. Despite a strong developer community, there’s still a lot of FUD surrounding the project; most of it is regarding their claims that Bitcoin Cash is the original Bitcoin, one that is backed by Bitcoin Cash sticking to Satoshi’s whitepaper to implement an electronic cash system. Bitcoin proponents want transactions on a second layer protocol while the base chain simply acts as a settlement layer.

The failure of Bitcoin Satoshi’s Vision (BSV) has allowed Bitcoin Cash to capitalize and steal a large portion of the initial market share awarded to Bitcoin SV. The Bitcoin SV chain, which forked to roll out 128 MB blocks, has seen their highest block size at 10.7 MB. There were rumors that miners were including high-resolution images just to prop up the block size. There was even an incident of child abuse imagery appearing in a block. After the recent six block reorg, the integrity of the chain has been compromised and with it the credibility of the entire project. Not to mention their principals, Craig Wright and Calvin Ayre attempting to sue everyone that doesn’t accept Craig is Satoshi.

The Truth will be known in the Future

The increase in transactions in Bitcoin Cash is most likely a result of the rising Mempool on the Bitcoin blockchain. When the Mempool gets clogged, it takes days (sometimes a week) for a transaction to be processed. When this happens, there is a huge demand-supply tradeoff for block space and this causes fees to skyrocket. The logic behind Bitcoin Cash’s block size increase was to keep demand sufficient so fees do not exuberantly rise.

With the recent advent of the Lightning Network, Bitcoin is starting to explore layer two protocols. While this a fast and functional scaling option, the liquidity issues may turn it off to people who need immediate confirmation and access to their capital. Layer one scaling allows for users to be their own custodians and layer two puts asset custody in the hand of third parties; whilst the third parties cannot exactly steal your coins, Bitcoin is meant to be a peer-to-peer system without intermediaries.

Both blockchains have the potential to scale tremendously. The results of the different types of scaling will only be clear in a year or so. With Bitcoin Cash starting to show some potential, users are likely to benefit from intensive competition between both blockchains to become a global settlement layer.