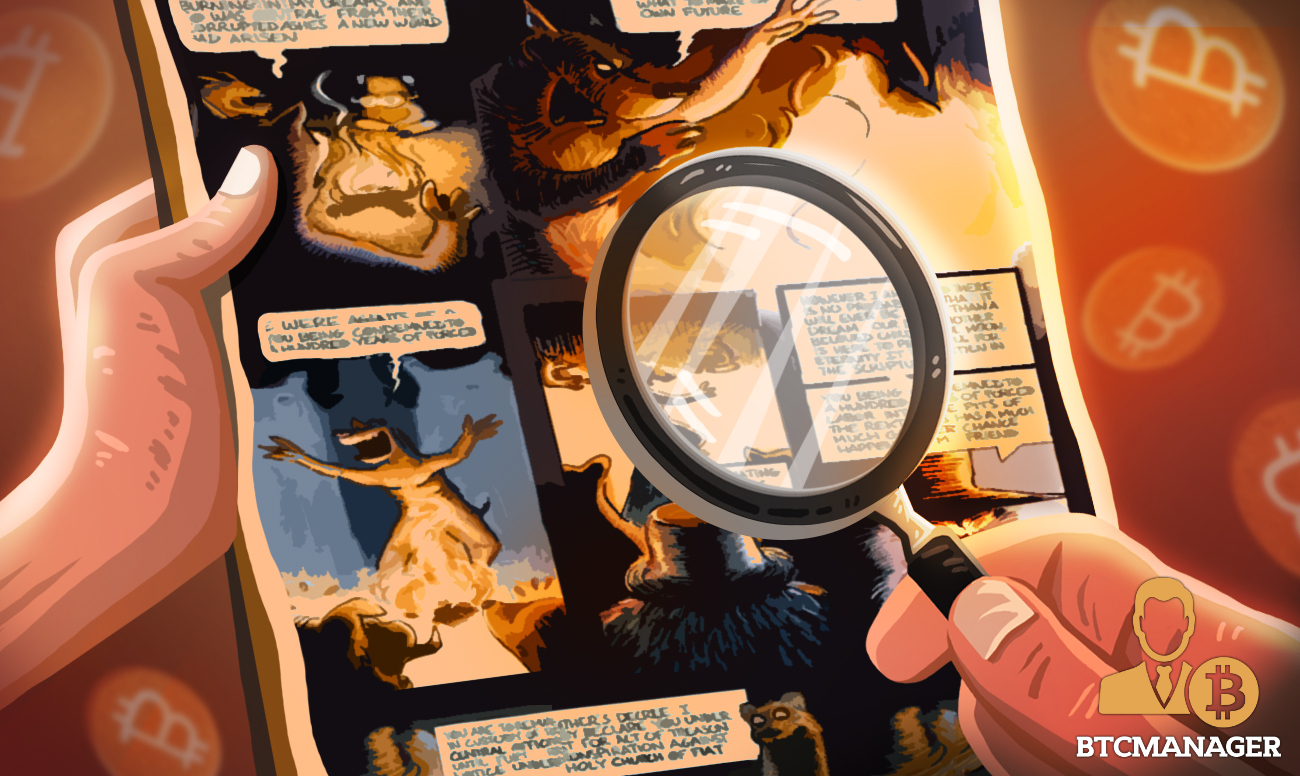 Citadel21, a self-styled cultural zine about Bitcoin, has launched an episode-based comic series called “Bulltardia.” In the chapters, readers can unveil a “hidden” 12-word seed phrase access to a Bitcoin address.

The seed-phrase is embedded in the comic’s third publication – out in online format now. Readers get a chance to win Bitcoins if they uncover a hidden seed phrase contained within the comic’s pages.

Called Bulltardia, the comic was created by Bitcoin zine Citadel21. The latter explores the so-called “Bitcoin culture,” with the creators terming it rich and varied and containing a multitude of voices, opinions, and flavors.

Bulltardia is a Bitcoin-inspired fable, with its first two episodes already available online. The story, by way of subsequent releases, will contain clues and hints to a 12-word seed phrase to an undefined Bitcoin address.

Story creator Dim Zayan has based his comic on creatures that are oppressed by a fiat overlord. However, as Decrypt notes, the “rebellious Honey Badger is sent on a journey by his father, Satoshi, to return the Moonstone to its rightful home.”

The above is how the comic begins and a gist of the first two chapters. Further releases will describe how the rest of the story goes. One clue available presently, however, is:

“The first key is one of the reasons the Honey Badger doesn’t care.”

Further clues will be provided by Zayan and Citadel21 via Twitter in the months ahead.

The Bitcoin and Art Culture

The Citadel21 comic is not the first time that Bitcoin has been featured in a comic format.

In 2014, the book “Bitcoin: The Hunt for Satoshi Nakamoto” was written by Alex Preukschat and Josep Busquet, with the plot revolving around the mysterious creator of bitcoin.

At the time, book writer Preukschat told crypto-publication CoinDesk the story was a graphic novel that could be a “Matri’-like story that makes people interested in decentralized technologies.”

Meanwhile, Ethereum is not far behind. Last month, as BTCManager reported, artists on the crypto-startup Foundation can issue ERC20 tokens backed by their underlying work using Uniswap.

Holders, or buyers, could then “redeem” the tokens to receive the items at a later stage or trade them on an exchange. A portion of all trading fees will be shared with the respective artists, as the report noted.

Neue Goods, an Australian clothing label created by Foundation’s Matthew Vernon, was the first to undergo tokenization on the platform. Six items – three t-shirts and three “mystery” items – will be up for token-based purchases.