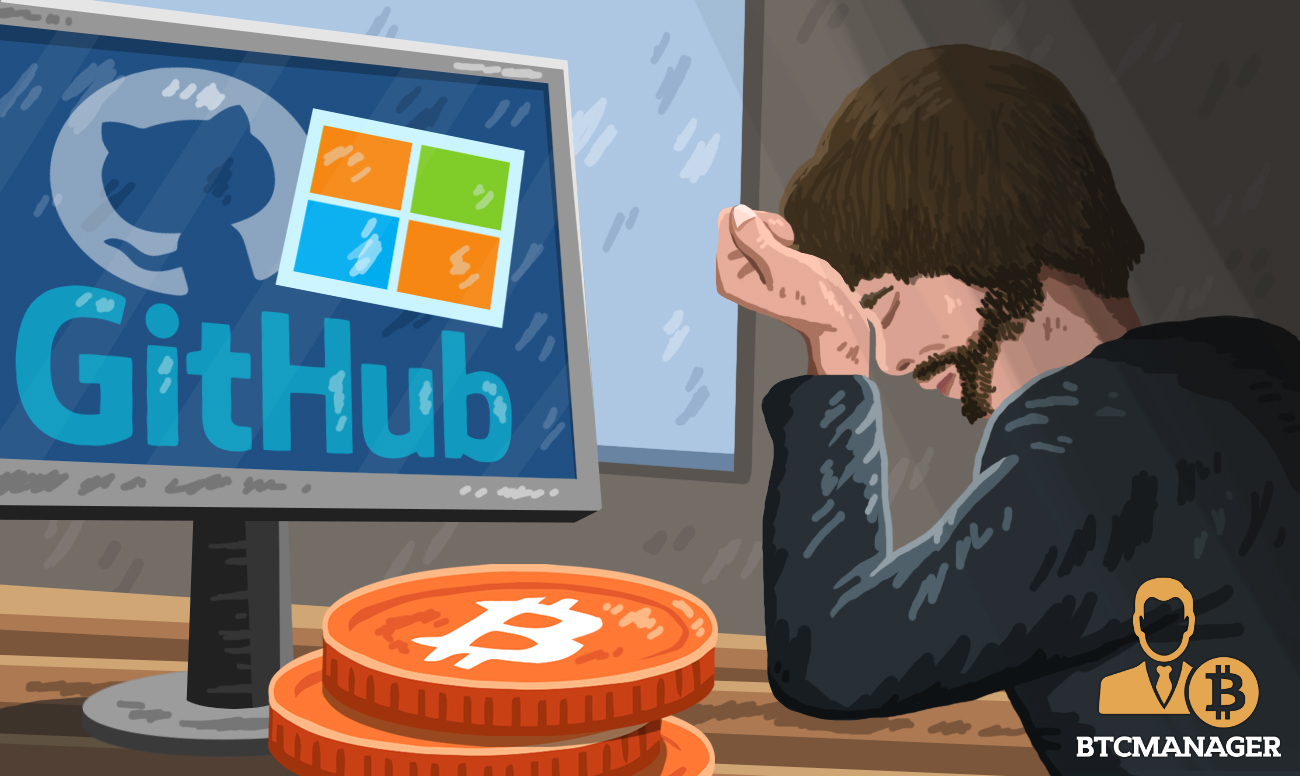 American software giant Microsoft has finalized a deal to acquire GitHub, a code hosting platform, for $7.5 billion in company stock. The official announcement was made June 4, 2018, almost an entire week after rumors surrounding the acquisition spread like wildfire. Since GitHub hosts the underlying code of a wide variety of open source and proprietary software, many developers, including those working on bitcoin, were less than enthusiastic over Microsoft buying the company.

As a company offering many products and services, many of Microsoft’s recent and past decisions have been somewhat controversial. In the case of the Windows 10 operating system, for example, the company’s reputation has repeatedly been challenged in the open source community for its stance on telemetry – or user data collection. The founder of ProductHunt added to this, stating, “Anecdotally, the developer community is very unapproving of this move. I’m curious how Microsoft manages this and how GitHub changes (or doesn’t change).”

Let me just merge this pull re- pic.twitter.com/4U0hBAORDm

Drawing comparisons with LinkedIn, a company that was also bought by Microsoft in June 2016, Slashdot interviewed a security reporter as stating, “LinkedIn has turned into a slow-loading junk after the Microsoft acquisition. I can only imagine what awaits GitHub.”

Developer communities across the internet were rife with similar comparisons to other companies acquired by Microsoft over the past decade, including relatively well-known Skype and Mojang.

Given that almost all cryptocurrencies currently on the market are open source, a rather large percentage of them rely on GitHub as a code collaboration tool. A Bitcoin Core developer was quick to react to news of the acquisition, responding that there was indeed a need for bitcoin to move away from using GitHub. “No real hurry, but I expect this is the beginning of a long painful road of gh toward obsolescence, possibly ending the same way as codeplex did.”

We're seeing a 5x increase in new customers today. Thanks for #movingtogitlab everyone! More information is on https://t.co/HGB8tVWhW6 pic.twitter.com/0UgG9Th6Lc

At this time, it remains unclear as to where bitcoin development will be taken if its developers were to move away from GitHub. A popular alternative is currently touted to be GitLab, as is evident by the fact that ‘#movingtogitlab’ was trending on Twitter the day of the announcement. The company also reported unprecedented user growth in a tweet, stating “We’re seeing 10x the normal daily amount of repositories.”

Given the uncertainty over the future of GitHub under Microsoft’s reign, many open source maintainers have reportedly been considering moving to other Git platforms to host their code repositories. Furthermore, the matter is perhaps of far greater concern to developers and businesses that currently use GitHub to host closed source and proprietary software that requires confidentiality.

As TechCrunch reported, the exodus to alternatives such as BitBucket and Gitlab began even before either company officially announced the acquisition. A San Francisco-based developer was quoted on Twitter as saying, “Migrating all my repos from @github to @gitlab. Clients don’t trust Microsoft, I don’t trust Microsoft, and one way or another they are gonna find a way to ruin things. Rip GitHub.”