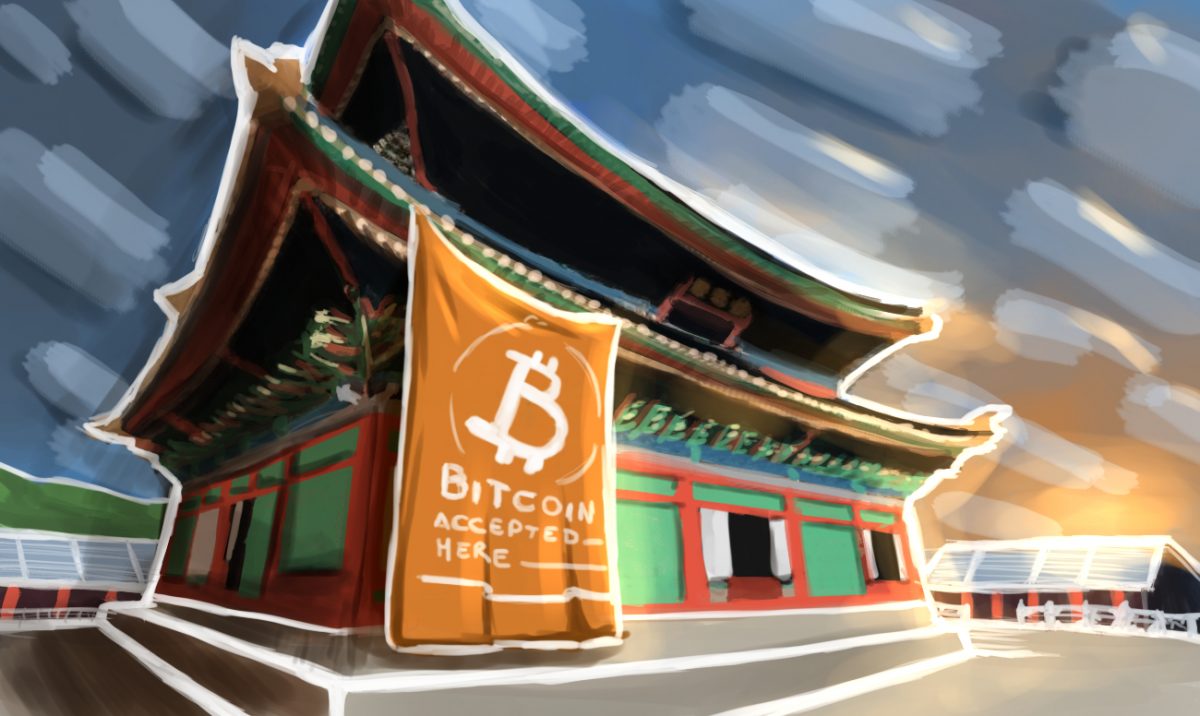 Since 2014, the South Korean Bitcoin industry has shown an explosive rate of growth, with the emergence of well-established, venture-backed Bitcoin companies including CoinPlug and Korbit.

Bitcoin users in Seoul and other main cities in the country began to access reputable Bitcoin exchanges to purchase and sell Bitcoin, which drastically increased daily trading volumes of the BTC to KRW pair.

A few months after the launch of CoinPlug and Korbit, Bitcoin began to receive mainstream media coverage in Korea, with both national and cable television frequently reporting on the bullish price of the digital currency and the increasing demand for Bitcoin from both traditional investors and large financial establishments.

As Bitcoin received more coverage on mainstream media outlets and television, casual enthusiasts began to search for easier and simpler methods of purchasing and selling Bitcoin. Initially, to meet the demands and requests of these buyers and sellers, CoinPlug introduced the nation’s first two-way Bitcoin ATM, installing two in the heart of Seoul — one in Korea National University and the other in a popular cafe inside a mega-complex called Coex mall.

In an attempt to increase the usage of the ATMs, CoinPlug also introduced weekly Bitcoin meetups in the cafe, which still goes on to this date, inviting experts and beginners to join various discussions and presentations regarding the state of Bitcoin and emerging technologies and platforms.

For the first few months since its launch, the two Bitcoin ATMS in Seoul sparked massive interest amongst casual Bitcoin enthusiasts in the country. Individuals travelled from provinces and outer islands of Korea to purchase the digital currency and visit the Seoul Bitcoin meetup.

According to CoinPlug, the daily volume of the Bitcoin ATMs increased so rapidly that the exchange struggled to scale and provide cash for users selling Bitcoin. Sometimes, users had to call the exchange and ask them to refill the cash in the machine for them to sell their Bitcoin.

However, as time passed, the popularity of the ATM gradually decreased. Bitcoin enthusiasts stopped visiting the cafe and the university to purchase or sell Bitcoin. The daily volume of the actual exchange which requires bank accounts and layers of personal verification maintained a relatively high volume but didn’t experience the exponential growth it should have.

The cafe and CoinPlug ultimately came to a consensus to withdraw the Bitcoin ATM machine in Seoul due to its high maintenance fees and significant decline in daily usage. In an interview with BTCMANAGER, the Sedona Cafe management explained, “the Bitcoin exchange [CoinPlug] had to withdraw the ATM machine after a while. We redesigned the cafe and we decided not to provide any space for the machine. We came to a decision that the ATM didn’t reach its expected daily volumes.”

In an attempt to secure its existing user base and satisfy its customers, the CoinPlug team introduced a new mobile feature called ATM Wire, which enabled the purchase or sale of Bitcoin at any convenience store in the country.

The newly released mobile feature has sparked a lot of interest amongst existing Bitcoin users, maintaining its popularity and demand after its highly anticipated launch. The concept of the application is relatively simple.  GS25 and Ministop, two of the largest convenience store chains in Korea, all feature ATMs developed by Hyosung. CoinPlug entered in a strategic partnership with Hyosung in mid-2015 to integrate their Bitcoin trading platform on all Hyosung ATM machines.

By enabling users and customers to purchase and sell Bitcoin at over 10,000 stores using conventional ATMs, CoinPlug and other Bitcoin exchanges have experienced a massive user growth and daily volumes.

Bitcoin proponents in Taiwan, the Philippines, and other Asian countries are implementing similar strategies in an attempt to acquire a mainstream user base and expose the digital currency to a larger population. Taiwanese customers are able to purchase and sell Bitcoin at over 5,000 Family Mart branches, while Bitcoin startups in the Philippines allow users to trade Bitcoin at all 711 convenience stores in the country.

With venture-backed companies and Bitcoin startups in Korea developing and introducing easier methods of purchasing and selling Bitcoin, the user base of Bitcoin has massively increased over the past two years. If these Bitcoin startups maintain a consistent user base growth and development of their technologies, the outlook for South Korea’s Bitcoin industry seems extremely positive.