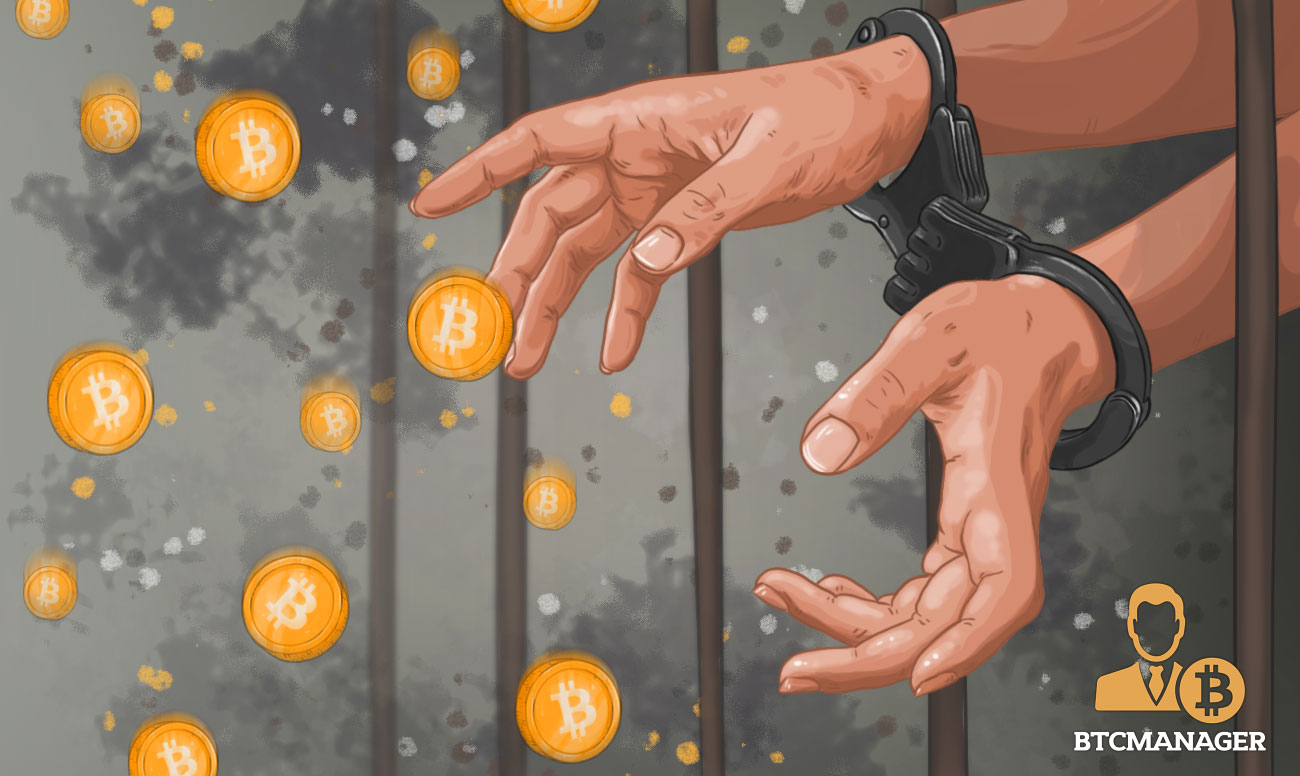 A cryptocurrency trader in Los Angeles who made at least $300,000 per annum under the name “Bitcoin Maven” is potentially facing a 30-month sentence in prison for operating an unregistered, illegal bitcoin-fiat exchange.

According to NBC, the “Bitcoin Maven” was identified as fifty-year-old Theresa Tetley, who had previously pleaded guilty in Los Angeles to a money exchange business that did not follow federal rules. The U.S. Attorney’s Office further stated Tetley conducted several suspicious financial transactions from 2014 to 2017, reportedly involving money from drug trafficking activities, using peer-to-peer service LocalBitcoins to facilitate her transactions.

The Attorney Office believes Tetley had exchanged from $6 million to $9.5 million while she was running the business.

Although not illegal in the United States, Tetley’s use of cryptocurrencies to conduct illegal transactions like drug trafficking goes against the law. Her sentence was initially scheduled for June 11, 2018, but has since been postponed.

The Government described Tetley’s business in court papers as one that “fueled a black-market financial system in the Central District of California that purposely and deliberately existed outside of the regulated bank industry.”

U.S. District Judge Manuel Real was asked to sentence Tetley with a 30-month Federal Prison Sentence. However, her defense attorney requested for a lesser sentence of a year in jail. The Federal prosecutors have also requested Tetley to forfeit over 40 bitcoins, 25 gold bars, and $292,264 that were taken by law enforcement on March 30, 2018.

The Bitcoin Maven case is not the first instance of an illegal cryptocurrency exchange.

On October 27, 2017, Click on Detroit reported a 52-year-old man known as Bradley Anthony Stetkiw, was charted for operating an unlicensed cryptocurrency exchange. Stetkiw was known on LocalBitcoins as “SaltandPepper,” and would often meet his customers at a Tim Hortons restaurant to sell bitcoins. Stekiw sold over $150,000 worth of bitcoin between 2013 and 2015, and conducted over $56,000 worth of transactions with undercover police agents before getting caught.

In February 2018, the CEO of Bitcoin Inc., Morgan Rockcoons, was placed under arrest from US Immigration and Customs Enforcement (ICE) in Las Vegas. Rockcoons was charged with money laundering and operating an unlicensed money transmitting business.