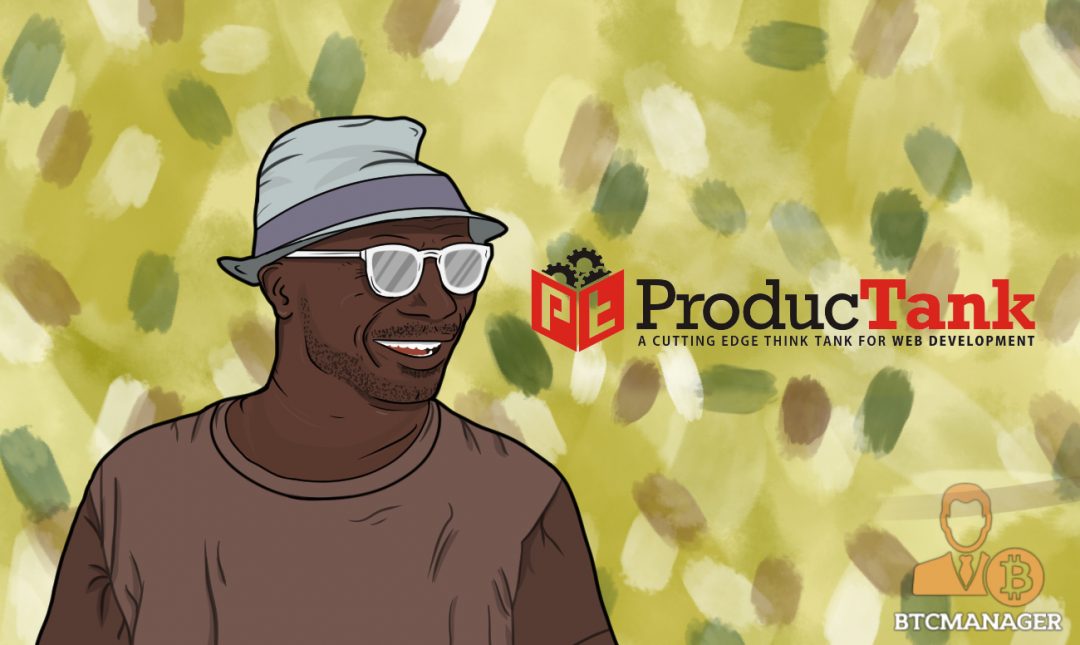 At any given time during his workday, Anari Sengbe’s mind is brimming with ideas. A self-described blockchain and online gaming junkie, Sengbe’s digital insights and product prototypes have been sought out and employed by major companies like Mercedes Benz, HP, Emirates Airlines and DirectTV. He has also won numerous hackathons for prizes like this one for Mercedes.

His current project of focus is Grabbit.deals, a fun, fast-paced daily deals auction where one can win either bitcoin competing against global players or coupons and gift cards from local businesses. He is also the creator of oWo, which he has coined the first sentient cryptocurrency.

In this feature interview with BTCManager, Sengbe shares some thoughts on his topsy-turvy journey, including how his mind works and why an unrelenting flow of fresh ideas are important to the future of Cryptocurrency and Blockchain.

Your mind always seems to be in overdrive. Why is that?

I’ve always been a guy with ideas. If you ran into any of my childhood friends, they’d tell you, “Vic” (my childhood nickname) was always up to some money making idea.

What is it about ideas that has always captivated you?

The fact that ideas are natural, idea’s are free. Everyone has them. I credit afternoon cartoons for the will to try and pull my idea’s through. If you grew up in the US, you might remember cartoons like DuckTales, Rescue Rangers or TaleSpin. Almost every episode was centered around some money making plot, and most importantly the 20 minutes spent trying to execute the plot. I guess that stuck with me, so whatever idea came to my mind was followed through with an attempt to pull it off.

Indeed! My biggest regret was an idea called “WebVideoId,” a video streaming service. I hired developers in India to build this a couple of years ahead of YouTube. Friends and family said that it was another one of Vic’s wild idea’s, proclaiming no one would record themselves on video and put it on the internet. They said that I should give it up and get a regular job. So it never got off the ground.

So when did you stop listening to others?

It all started in early 2006 when I was a loan officer with Countrywide, the largest mortgage company in the world at the time. In 2007 when the mortgage market crashed, I was back to square one?

Well, 2007 was also the year I made a significant, life-changing decision to open my web browser to Google.com and type “how to build websites.” I moved back in with family and rarely went out of the house. I locked myself in my room and started learning. But of course, my family started chiming in again. They were worried and started talking about me getting a job again. This time I paid them no mind, furious that they had talked me out of a lucrative idea before. “$1.5 billion was what YouTube sold for,” I’d scream back at them, “$1.5 BILLION”!

Sounds interesting. So what happened next?

Days turn into weeks, weeks turned to months and finally I was able to edit, and or add features to Gamezy dot com, the latest idea I paid a couple of developers in India to build months earlier. Out of necessity, I had to teach myself to code. My money was running out, and every new feature or site improvement was quoted higher than the last one by the developers.

What did you learn from this experience?

This user acquisition process taught me a valuable lesson about branding, namely, stoned gamers, have to be able to spell the name of your gaming website. No one could spell Gamezy. Enough said.

After a couple of days of pondering, I landed on Gamerholic (surprised it wasn’t taken), and Gamerholic.com was born in 2008. The push to growth was hampered by numerous setbacks tied to chargebacks. Gamers would play another gamer for $100 lose and file a dispute with their credit card company. The nail in the coffin came in early 2012 when over $3,500 in chargebacks came from one player for games dating back over 45 days.

In June of 2012, I found myself back in the 9–5 or starve and chug Gamerholic thing. This time I made the second best decision I’ve ever made in my life, that decision was to move to San Francisco with $300 borrowed from my mom… all she could spare. I said to myself “I’m going to crash, I’m going to crash knowing I gave it my all.”

So how did you stay afloat?

On weekends there were hackathons, where you could win cash prizes, meet decision makers from various brands and expand your coding knowledge. Hackathons became my differentiator. My beat up Dell, a replacement after losing my HP to theft, stood out among the rows and rows of MacBooks And then finally a breakthrough! I won the Emirates Airlines hackathon by building “PlayFlight” a way to use airline miles as a virtual currency in video games.

Sounds like this was your first introduction to cryptocurrency?

Actually back tracking a bit, within months of moving to SF in 2008, I learned about bitcoin. What I found most interesting about it was that there were “no chargebacks.” So I transitioned Gamerholic to a cryptocurrency platform where gamers could win bitcoin playing video games. I also created Gamerholic coin, a SHA-256 cryptocurrency for gaming.

Fast forwarding to today, what is the Crypto/Blockchain space has you currently excited?

I’m hopeful about opportunities to lower the transaction fees while pushing the limits of the technology. And direct sales on the blockchain (no eBay or Amazon for example), is something I’m really excited about. Another thing I’m also very excited about is the growth of women’s movement in blockchain.

The family impact of blockchain is also becoming noticeable. Teens aren’t taking summer jobs anymore. Rather they are trading and mining cryptocurrencies. Imagine what that does for the amount of time a family can spend together.

I’m a little bit nervous about the exchanges. This is the one point of failure in this system that can slow things down. More and more coins are being created, more use cases being presented but there aren’t enough exchanges for these coins to get listed. That’s a limitation in the ecosystem.

Grabbit is a growing fun product. We do a lot of bitcoin giveaways using the game, and local businesses are starting to catch on as well. Feelmore an adult store in Oakland (CA) is having a fun time offering coupons and prizes to locals using the app. It’s been a patient growth. But now that more bitcoins are in the hands of more people it’s becoming a profitable service.

Describe what you’ve set up through Grabbit to support the flood victims in Houston, Texas. What are the campaign details?

Grabbit can be fence games for coupons and gift cards for local businesses. We can also use the game to do bitcoin air drops geofenced anywhere on the planet. Watching the news of how so many people have lost years of their hard work, we all can’t help but feel their anguish. With bitcoin it’s possible to help these families directly, so we are air dropping bitcoin geofenced to shelters in Houston.

Another one of your ideas (laughter)

Yes. It’s not much, but it’s a fun way to get the spirits up of the young and old and give them the currency that’s best for their rebuild. We started with a $100 in bitcoin air drop, geofenced to the Second Baptist Church shelter located at 1010 N Von Minden St, La Grange, TX 78945. We’ll add more shelters and continue air dropping for as long as we have funds available.