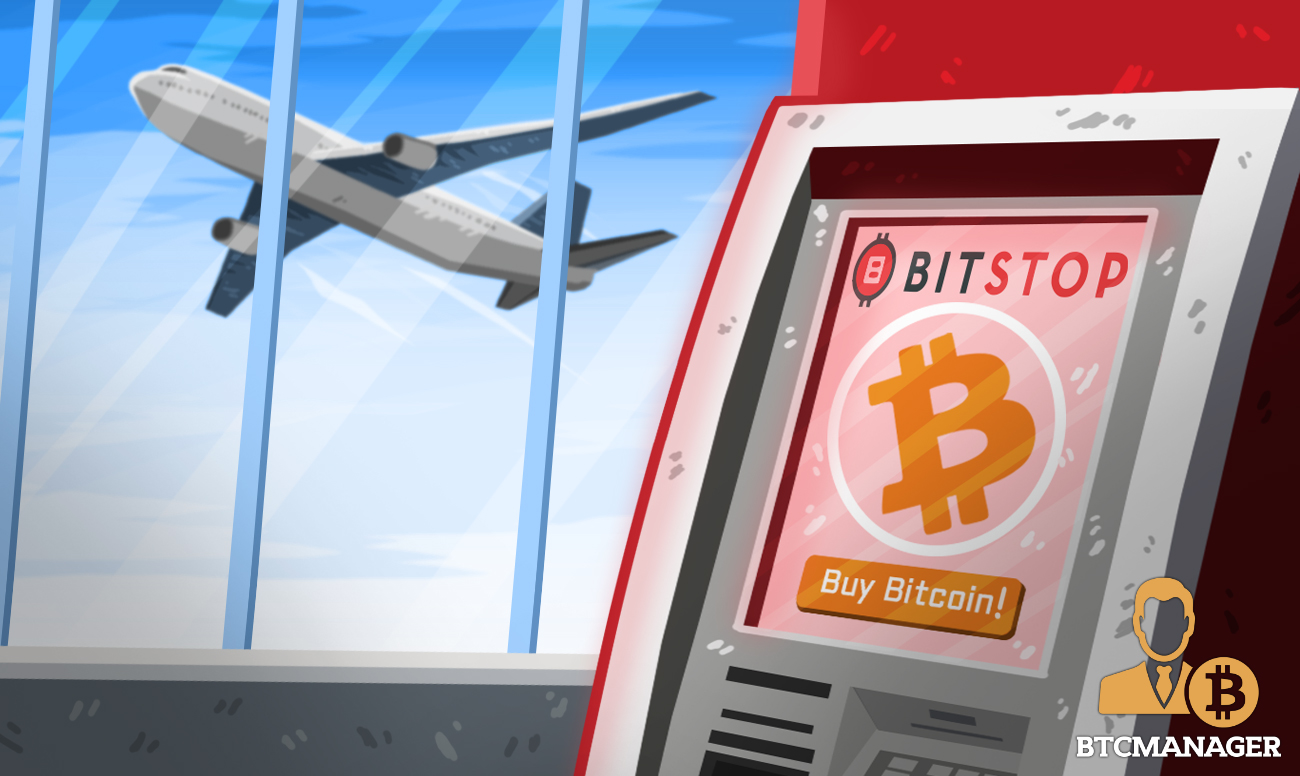 In a press release issued October 15, 2019, Miami-based fintech startup Bitstop announced that it has installed Miami International Airport’s first Bitcoin ATM. With this, customers will now be able to easily buy and sell the premier cryptocurrency for cash while traveling.

Bitcoin maximalists in Miami can now put their seatbelts on as the Miami International Airport (MIA) recently received its first Bitcoin ATM, marking a giant step toward the widespread adoption of the oldest and most prominent cryptocurrency. The Bitstop Bitcoin ATM is located in concourse G, next to Gate 16, the press release reads.

The decision to install a Bitcoin ATM in MIA is a strategic one from Bitstop’s perspective given the fact that it is the third-busiest airport in the U.S. in terms of international passenger traffic. Bitstop, the largest Bitcoin ATM operator in Florida, is looking to capitalize on the huge traveling crowd that frequents Miami as it also acts as one of the largest gateways between the U.S. and South America.

“We’re excited to be working with Miami International Airport on this historic deal.”

“More and more people prefer to travel with Bitcoin instead of cash for convenience and security. Miami International Airport is a perfect place for our customers to conveniently exchange their dollars for Bitcoin and vice versa when travelling domestically or abroad.”

Despite regulatory uncertainty around decentralized cryptocurrencies and their more power-concentrated counterparts, the number of Bitcoin ATMs around the world has been on an exponential surge.

Bitstop’s latest ATM expansion in MIA marks its 40th Bitcoin ATM installation over the last two months. Further, it also brings the startup’s total Bitcoin ATM count to 130 machines across the U.S. Per sources close to the matter, the firm wants to install around 500 Bitcoin ATMs worldwide by the end of 2020.

In similar news, BTCManager reported on September 6, 2019, how blockchain and cryptocurrency firms Paxful and CoinLogiq are mulling installing 20 new Bitcoin ATMs in the Republic of Colombia.