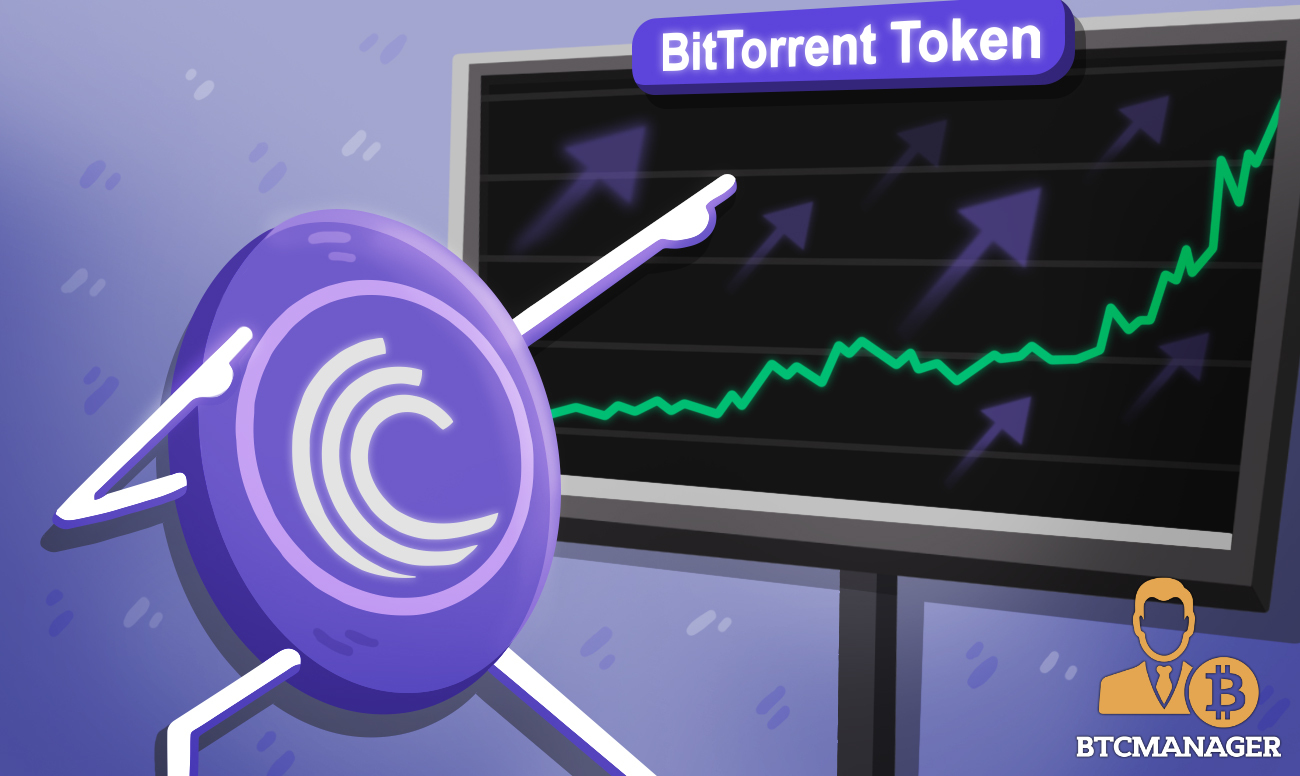 While Bitcoin is still the world’s largest cryptocurrency, many altcoins are catching up. The BitTorrent token (BTT), which rose more than 75% in just one day, is one such coin, and its price has more than doubled in the last few days.

Why the BTT Price Surged

According to data from CoinMarketCap BTT market cap reached 13 Billion USD and came at the 10th position. The coin reached its all-time high of $0.01426 on Sunday and is currently trading around the same value.

One of two things that support the price increase of any coin or stock: hype or fundamentals. Given that BTT’s price has risen constantly (10 times over two months) and has even hit a market cap of over $8 billion, there must be a strong explanation behind the rally. There is no obvious fundamental support for BTT rise in prices, the analysis indicates. The major rally seems to be an enormous momentum, which has significantly increased the price in recent months.

The BTT price rise has resulted in massive volumes, received with much publicity in the crypto community. Any other factors may also have raised BTT’s price. The staking offers offered by the Poloniex trade are a consideration of this kind. It tweeted a while ago that they would give those who stake in certain coins great rewards. It may have contributed to heavy traffic, and the price of BTT increased.

BitTorrent also has been pushing Sun’s narrative to purchase professional NFTs lately. Given that BitTorrent Token is part of Tron’s ecosystem, Sun can positively impact its value by expressing its positive feeling about NFT and its emphasis on the NFT market. However, this is just mere speculation, and the fact that BTT is related to Tron makes its future quite limited.

Social Media Influence or Not?

It would be wrong to say that social media had no role in the price increase of BTT. Daily sentiment against the BTT volume rose by 377% at the start of March 30, immediately before starting the rallying price of BTT.

The recent all-time high BTT thus appears to result from a technical break-out, powered not only by strong social media momentum but also by Bitcoin’s (BTC) and overall rebounding price.

Bitcoin’s market share has declined by less than 60%, while the total altcoin market capitalization hit a new all-time high of 855 billion dollars on March 31.

There is also a higher interest in another altcoin, XRP, the token linked to the network of Ripple payments.

On Monday, after Ripple reached an agreement with the US, XRP traded 15.3% higher. Securities and Exchange Commission in ongoing legal proceedings concerning editorials in private correspondence.