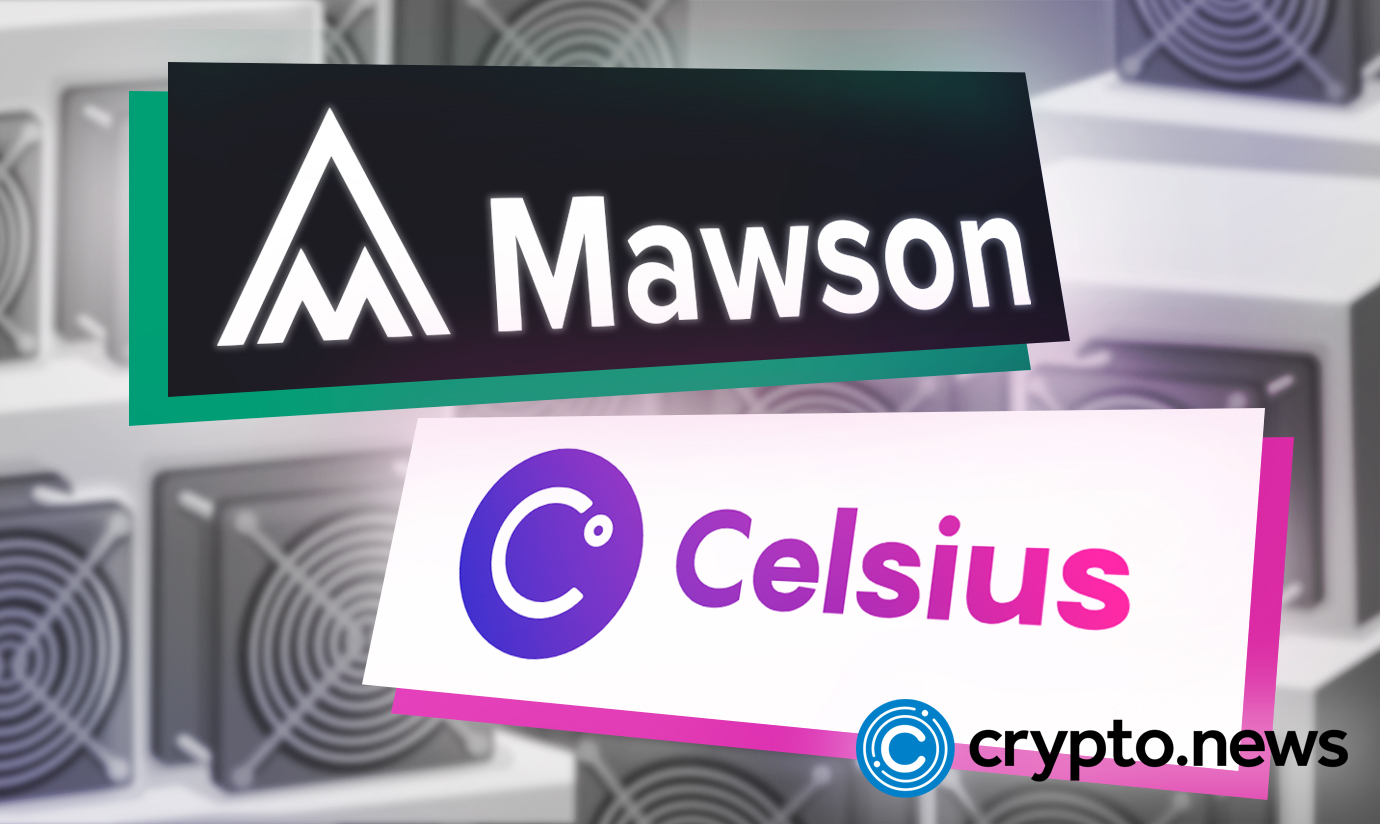 Bitcoin(BTC) mining firm Mawson (NASDAQ: MIGI) has inked a 100MW hosting and $20M loan deal with Celsius Mining. Mawson expects the first batch of mining hardware under the agreement to be deployed by the end of this month.

Bitcoin mining firm Mawson Infrastructure (MIGI) has inked a 100MW hosted location deal with Celsius Mining. The agreement entails a $20M loan and Celsius providing a data center to host Mawson’s mining hardware. The first equipment in the deal is expected to be received towards the end of Q1 of 2022. According to the official statement, the contract will bring Mawson’s subsidiary, Luna squares, power levels to around 102 MW. Per Mawson CEO and co-founder James Manning, the deal will make Celsius the largest co-location customer for his company. Manning added:

“We are delighted to have signed our largest hosting co-location customer to date, and look forward to working closely with Celsius Mining moving forward. The industry is experiencing a shortage of energy and energy infrastructure – having focused as a business on ‘Infrastructure First’ long ago, this enables us to take on strategic customers in our hosting co-location business. Demand and inbound enquiry for hosting continues to rise, and we look forward to updating stockholders on this front further in due course.”

Amir Ayalon, CEO of Celsius Mining, also expressed that his team is glad to work with Mawson. In a statement, he said:

“We see this as a win-win situation for both Celsius Mining and Mawson. We appreciate the uniqueness of Mawson’s operational capabilities and look forward to working closely together.”

More About the Deal Between Mawson and Celsius Mining

The deal also involved a $20M loan, as indicated by an SEC filing. It will be acquired and serviced by Luna Squares, a subsidiary of Mawson. It will help in upgrading the infrastructure needed to conduct a co-location deal. Additionally, Mawson offered 3.85 million warrants to Celsius, each of which can be swapped for a common stock share that goes at $6.5. Mawson also explained that it has a target of hitting self-mining power of 3.335 exahash per second (EH/s) by the end of this March. It added that it targets to hit 5 EH/S by the end of Q1 of 2023. Mawson’s stocks are down by over 7%, while BTC is trading at $44K while most of its peers are in the green zone. The statistics clearly explain why the company plans to increase its mining power as the remaining coins reduce. That means more power will be needed to mine new BTC, pushing many small miners out of the market. The dip has affected many, but the miners are among the most significant losers. According to crypto.news some miners opted to sell either their BTC or mining equipment to stay afloat during the market pullback. It also reported that Marathon Digital Holdings and Hut 8 Mining Corp had filed with the SEC to sell their stocks. Therefore, it is not surprising to see other firms like Mawson striking loan deals.