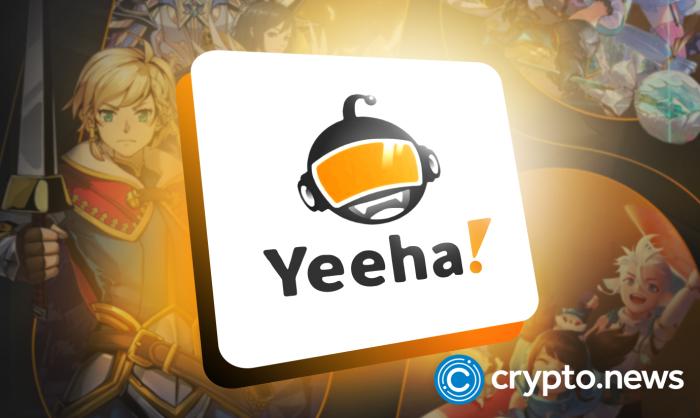 Yeeha Games has announced that the first set of its free-to-play blockchain games will go live from September 2022. The $50 million-funded GameFi platform is aiming to lower the barrier to entry into the blockchain gaming space by offering gamers high-quality free-to-play games that deliver on all aspects.

Yeeha Games, a Bybit-backed GameFi platform that claims to be focused on onboarding the next generation of gamers into the world of blockchain gaming, has officially announced its entry into the Web3 gaming ecosystem.

Per a press release shared with crypto.news, the $50 million-funded GameFi project is aiming to bridge the gulf between traditional gaming and the GameFi industry. To achieve that goal, Yeeha Games plans to launch dozens of free-to-play blockchain games in the coming months, starting with the release of Midgard Saga in September 2022.

The team says Midgard Saga is a casual card-based RPG based on the adventures of a hero determined to save his fallen kingdom. Midgard Saga takes players through various adventures, where they encounter heroes of various backgrounds and caliber, which they can then recruit and deploy in battles.

In addition to offering gamers a wide range of high-quality games, Yeeha comes with a marketplace that allows users to seamlessly trade in-game assets and digital collectibles.

Yeeha Games says it’s focused on raising the bar and shaping the future of blockchain gaming by offering gamers high-quality, free-to-play games that deliver on all aspects. The Yeeha Games’ free-to-play model makes it easier for gamers in the traditional gaming space to enter Web3 gaming, as they do not need to purchase crypto at the get-go, allowing them to fully experience the blockchain game before purchasing their first digital assets.

We are excited about the future of GameFi, and how it could realize the promise of the metaverse and internet through gaming. Other than creating a level playing field, GameFi has the potential to connect people across global communities to build up our digital and virtual worlds. Additionally, it promotes the ideology of putting power back in the hands of the people with a player-owned economy. Through this partnership, we want to demonstrate our commitment to driving technology innovations to the wider society.

Yeeha Games has hinted that it plans to introduce a broad range of game genres that will further push the boundaries of the blockchain gaming industry. These game genres include but are not limited to MMORPG, SLG, open world, simulation, and more, to cater to the needs of all gamers.

To make life easier for both newbies and Web3 gaming experts, the Yeeha Games marketplace comes with a built-in wallet that supports both fiat and crypto deposits. That’s not all, players will also be able to enjoy gas-free transactions across all Yeeha game titles and platforms.