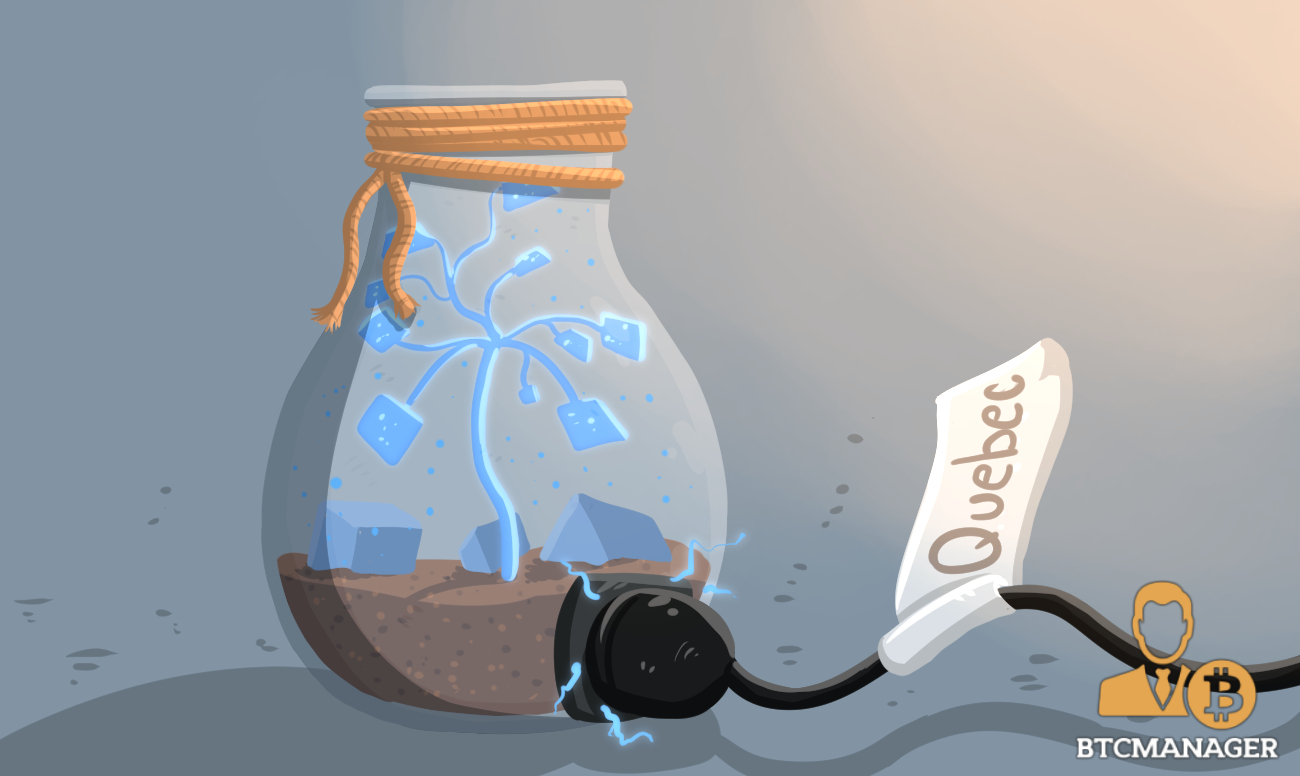 On April 29, 2019, Quebec’s energy regulator Regie de l’energie announced that it will move forward with the proposal to allocate an additional 300 MW block of electricity to the local blockchain ecosystem. With this, the Canadian province’s blockchain industry has a total of 668 MW of electricity at its disposal.

The recent rise in the price of cryptocurrencies has reignited interest in the mining business.

Crypto mining has for long been an attractive side-gig for a lot of tech enthusiasts. Similarly, a number of companies, including China’s Bitmain, have fared considerably well in this arm of the nascent industry. Over time, the crypto mining business has steadily become somewhat of an industry in itself with the majority of mining ventures located in areas or countries with cheap and affordable energy sources.

Now, it seems that Canada’s Quebec also wants a piece of the mining pie as recently its energy regulator decided to allocate extra 300 MW electricity to its budding blockchain industry.

Per sources close to the matter, cryptocurrency miners in Quebec can enjoy cheap electricity as long as they meet the necessary criteria.

Ecological and Social Sustainability Should Be a Priority

According to new rules drafted by Regie de l’energie, the blockchain industry has been created as a client category of its own. Also, the new regulations order public utility body Hydro-Quebec to set aside an additional 300 MW for the industry, over the 368 MW electricity already committed towards it.

Cryptocurrency mining companies looking to become eligible for operating business in Quebec must ensure that they fill four important checkboxes, including estimating the number of jobs created and planned investment and heat recovery plans to make the mining process ecologically sustainable.

With this decision, the state’s long-imposed prohibition on crypto mining businesses has also come to an end. The fact that Quebec provides the cheapest electricity in the whole of North America is what makes it an attractive destination for businesses to open their mining farms.