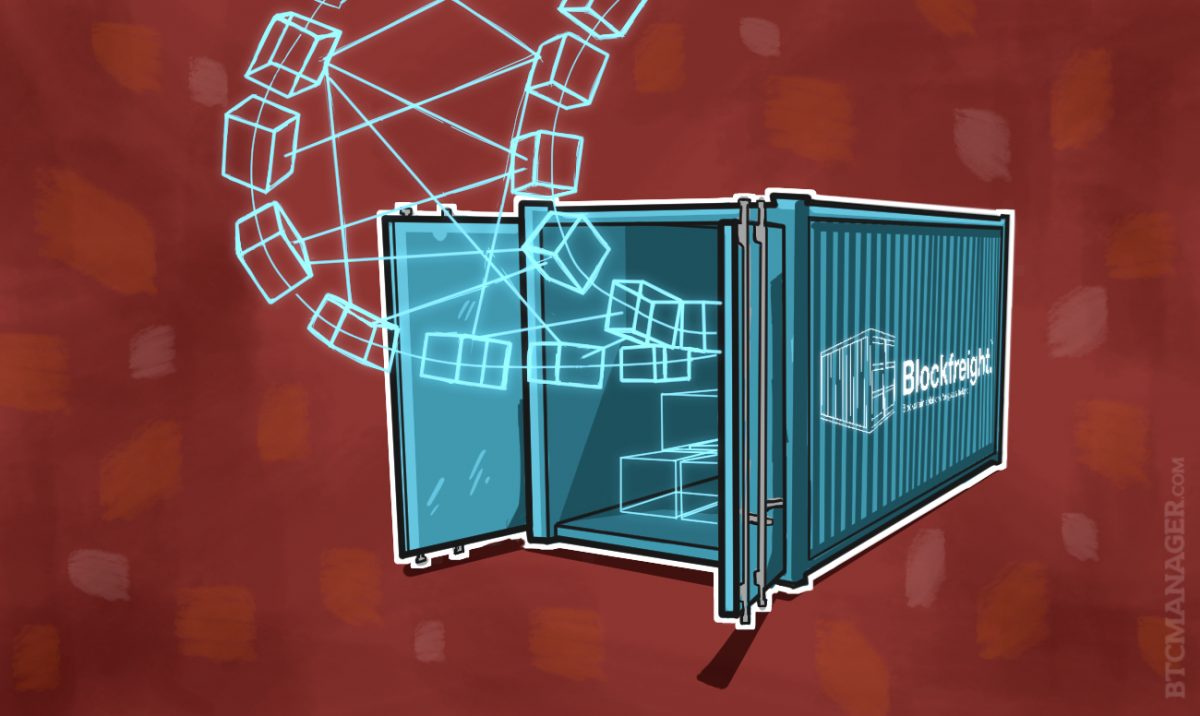 The year was 1956. That’s when the last revolution in global freight occurred with American businessman Malcom McLean’s ushering in of the modern container shipping.

Fast forward 60 years later to April 26, 2016, when a new era of shipping was launched. Known as Blockfreight™[BFT:XCP], this Melbourne-based, Australian venture is on an ambitious quest to bring the underlying core technology that undergirds Bitcoin to the container freight industry. It’s a move that in a broader sense reflects blockchain’s unrelenting push for new use cases involving distributed automation, audit, and settlement.

Smith, the technical co-founder and systems guru was a Web Developer for over 10 years, curating Drupal content management systems before jumping “both feet in” with this new project. Says Smith,

“In short, Blockfreight™ [BFT:XCP] is a blockchain for global freight. Our network allows applications to be built for the supply chain to bring innovation and efficiency to container freight, logistics, and trade.”

He believes that with blockchain’s state-of-the-art applications the time has come for a new digital security, trust, authentication, record keeping and chain of custody data model to drive the movement of global freight. He touts reduced freight costs, delivery speed, and richer data sets as the primary ROI accrued from the Blockfreight™ network when it is fully built out.

The Blockfreight™ White Paper offers a compelling look at how the model is well suited to the needs of the international shipping of cargo freight. Because it’s an open blockchain ecosystem, stakeholders will be actively participating in the scaling of the network, including data security and management of the application stack. By design, the network fosters participation within the network’s rules of governance, parameters set by the market demands and practical realities of the evolving freight environment.

It is envisioned that Blockfreight’s™  introduction as the “blockchain of global freight” will enable myriad global supply chain application and services built on top of the network, boosting market and resource efficiency. The hope is that these applications will eventually take full advantage of the groundbreaking benefits provided by smart contracts.

Bill of Lading is a legendary word in the shipping world, denoting the capturing of information such as the declaration of goods, where the delivery is coming and going, the consigner and consignee of record. In a sense it’s like a title deed to the goods in the container, denoting proof of ownership.

Smith says that today’s massive international trade market demands greater efficiency in this process. Blockfreight™ endeavors to deliver on this by accelerating the validation and acceptance of the transaction via on  the blockchain.

He goes on to note that a critical element of the network is the integration of a network fee. Here, a Blockfreight™ token [BFT:XCP] will be required for each transaction on the chain. This software access token and fee is built on Counterparty, consequently carried on the Bitcoin blockchain. In the end, Smith estimates a cost of between $5.00 and $9.00 USD per shipping container moved from point to point.

As of the beginning of August, the Counterparty asset of Blockfreight™ or BFT, trades on Bittrex exchange as the company’s ‘fuel’. It retailed at a cost of $1 US Dollar per Blockfreight™ token.

Despite its promise, Blockfreight™ is still very much in an experimental  research and development stage. Over the past year or so the focus has been on system design and research of the underlying technology. A major catalyst here has been the Blockfreight R&D (Australia) initiative leading to the Blockfreight™ Open Source (MIT) project . Efforts here were instrumental in Blockfreight’s™ decision to build its open source code on Tendermint.

Blockfreight’s™ momentum has certainly minted its status as an early adopter in the next frontier of shipping. But there are other players in the game that hope to make a similar impact. Most prominent of these is a global supply chain model based on the Blockchain that is in development with IBM. IBM’s hope is that the blockchain will offer a more efficient and trusted value chain system for the movement of cargo for their client companies.

Smith, however, appears undeterred by any and all forms of competition,

“Over the next 12-18 months my greatest hope is substantial progress and inroads to realising our goal of carrying 360 million containers on network by 2020 and seeing 12-20 investments by the Blockfreight™ Innovation Fund (BIF) into incubating new ventures which are building applications products and services on top of the Blockfreight™ blockchain. A hopeful conclusion from all of this is to create even less friction for introducing cryptocurrency into the global supply chain. That would be the ultimate goal.”