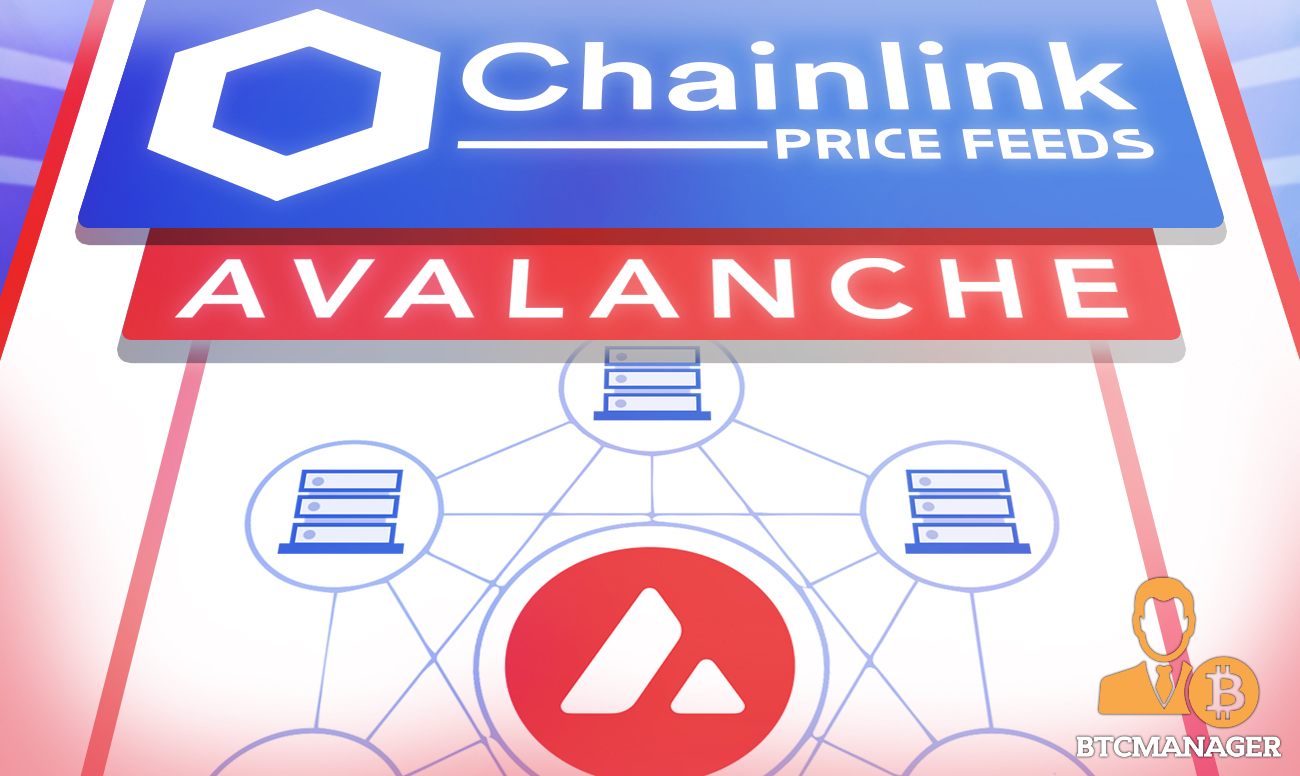 Chainlink Price Feeds have been incorporated on the Avalanche (AVAX) mainnet, bringing price reference data to protocol developers across various asset classes. Chainlink’s oracle network was integrated by Avalanche (AVAX) thanks to a community-driven funding program.

In this regard, Emin Gün Sirer, founder and CEO of Ava Labs, said that Chainlink had set the standard for oracles and data across blockchains and decentralized applications.

He also said that DeFi is already flourishing on Avalanche. Still, Chainlink’s data will unlock a powerful, technologically advanced platform in crypto.

The leading vendor of decentralized oracle services fetches data from outside sources into a blockchain.

Every decentralized application launched on the Avalanche (AVAX) platform can leverage accurate online data streams broadcasted by Chainlink’s (LINK) oracles with this release.

John Wu, president of Ava Labs, which runs Avalanche, said they were thrilled that over 225 projects are building on the Avalanche ecosystem. A bunch of them are in integration mode, awaiting features like oracles from Chainlink. Some significant stablecoins are also briefly down the pike.

When the community thinks about the services provided by decentralized oracle networks like Chainlink, Price Feeds comes to mind.

However, repositioning financial market data from the real world onto the blockchain is just the tip of the iceberg regarding the broad array of hybrid services that Chainlink provides.

Dohyun Pak, CEO of BiFrost, said some Avalanche teams have begun establishing their DeFi applications on the protocol using Chainlink like the multichain ‘middleware’ app BiFrost.

Incorporating Chainlink Price Feeds on Ethereum and BSC will ensure that the BiFrost protocol has access to the most reliable, decentralized, and highest quality data.