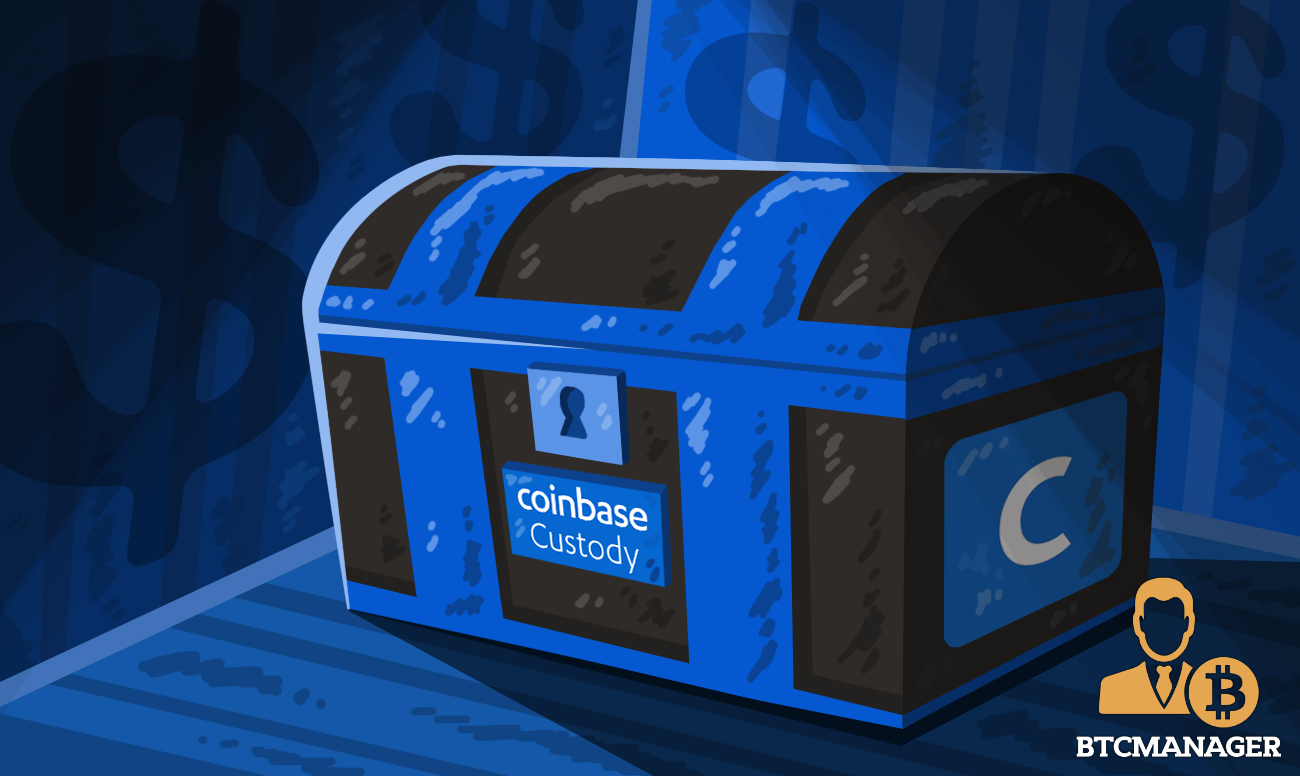 Fresh from opening a new office in Japan and acquiring the Ethereum-based exchange Paradex in an ongoing expansion drive, Coinbase is set to launch a new Regulated Crypto Custody service that experts say will open up the crypto finance space to game-changing investment from institutional investors and funds.

For many investors, cryptocurrency market is the exciting new frontier of finance going through its equivalent of the 1849 gold rush. The problem is that despite the highly secure nature of bitcoin and other cryptocurrencies which makes them nearly hack-proof, the wallets where they are stored are an excellent regular target for criminals and hackers.

This flaw in need of a solution and at worst, when exchange wallets are hacked, it may mean the loss of hundreds of millions of dollars. This persistent and ongoing security risk has been one of the factors preventing large-scale traditional investment from flowing into the cryptosphere.

The Coinbase custody solution initially announced in 2017,  is one of the many services that are currently in development or active state. Already, a small number of institutional investors are involved in the beta-testing of the service, one of whom is Kyle Samani, a Managing Partner at hedge fund Multicoin Capital.

Speaking about the service, he said:

“There are a lot of investors where custodianship was the final barrier. Over the next year, the market will come to recognize that custodianship is a solved problem. This will unlock a big wave of capital.”

According to CEO of Trustology, Alex Batlin, the offering has generated a lot of interest within the financial industry, as discussions are currently ongoing with many established Wall Street firms as they seek to move into the cryptosphere presently dominated by retail investors and hedge funds.

People familiar with the development process have indicated that Coinbase is well on its way to obtaining approval to bring its offering to market by satisfying US government standards for the safeguarding of assets.

Shot in the Arm for Crypto Market

The expected effect of this service when it launches is a general cryptocurrency asset price appreciation, as it would finally signal to cryptocurrency investors that the market is ready for them. Government-regulated cryptocurrency holding services making use of technology such as cold storage would make it possible for more hedge funds and pension funds to engage with the crypto market, knowing that loss of assets to hacking is no longer a distinct and ongoing possibility.

SEC rules state that all client funds must be kept with a qualified custodian, but currently in the crypto space such custodians do not exist which potentially places more than 250 hedge funds with crypto holdings in breach of regulations and at risk of a clampdown.

According to Sam McIngvale, Project Lead, Custody at Coinbase, the sum of investment poised to flow into this service and others like it once they go live is estimated at around $20 billion, which represents a boost worth about seven percent of the total market cap of the crypto market.

Coinbase reportedly will charge a flat setup fee of $100,000 for users, alongside a monthly charge of ten basis points and a minimum balance requirement of $10 million.