The venture capital firm rose to stardom after being one of the earliest investors in Skype, and they currently have stakes in the world’s largest companies including Facebook, Twitter, Airbnb, Coinbase, Lyft, BuzzFeed, OpenBazaar, Medium, and Ripple.

According to a September 24 Medium press release, the move signals Andreessen Horowitz’s support of MakerDAO’s Dai stablecoin. The purchase gives a16z crypto a significant stake in the stablecoin, allowing it to participate in the governance of MakerDAO and the Dai Credit System. 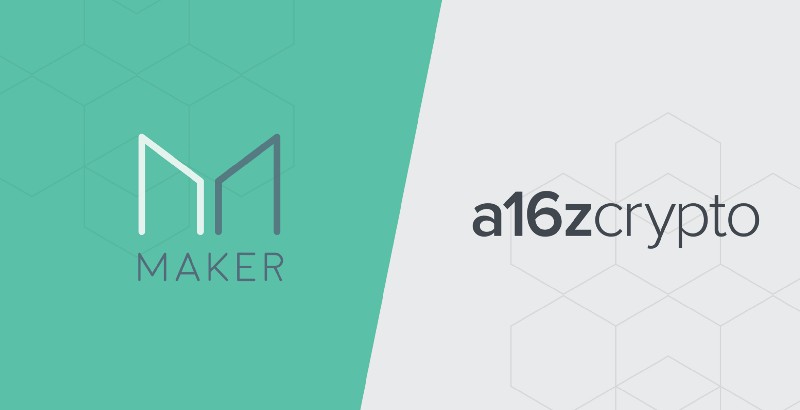 The move, driven by a former federal prosecutor and current General Partner Katie Haun, is of the first from a16z crypto. Haun previously headed up U.S. Department of Justice investigations into both the federal government’s rogue Silk Road agents and the Mt. Gox hacks.

As part of this partnership, MakerDAO will receive operating capital through the next growth stage, three years of support for the MakerDAO community, and full operational support from the 80 plus person Andreessen Horowitz a16z team. The company’s press release stated Dai Stablecoin adoption and regulatory support as their top priorities.

Dai is issued on the Maker Platform and uses a dynamic system of Collateralized Debt Positions, or CDPs, via smart contracts on Ethereum. MKR stabilizes Dai’s value in a dual-token model. The aim of the stablecoin, which is permanently pegged to $1, is to offer a decentralized alternative to entirely centralized networks such as Tether (USDT).

Not Everyone Shares the Enthusiasm

While both of the companies’ senior executives see the move as a “compelling opportunity” that will help “drive the future of the crypto economy,” many crypto enthusiasts and developers don’t share the same enthusiasm.

Meltem Demirors, CoinShares chief strategy officer, believes that the move is a massive failure in both governance and project management. In a Twitter thread, the CSO pointed out that no vote was conducted on the matter, despite governance being the primary value proposition of the project.

She also pointed out that the company didn’t provide details about where the sold tokens came from and said that development funds to raise capital at a discount was an over-reach for the foundation.

so where did this 6% come from?

And while Demirors explained that the thread was an observation rather than open-handed criticism of MakerDAO’s business practices, she did add that the move highlights the need for better financial planning and more transparent funding mechanisms in the company.

Other users have been more open in their criticism, saying that there can’t be a stablecoin that’s based on a highly volatile asset class, as stability can’t be manufactured.