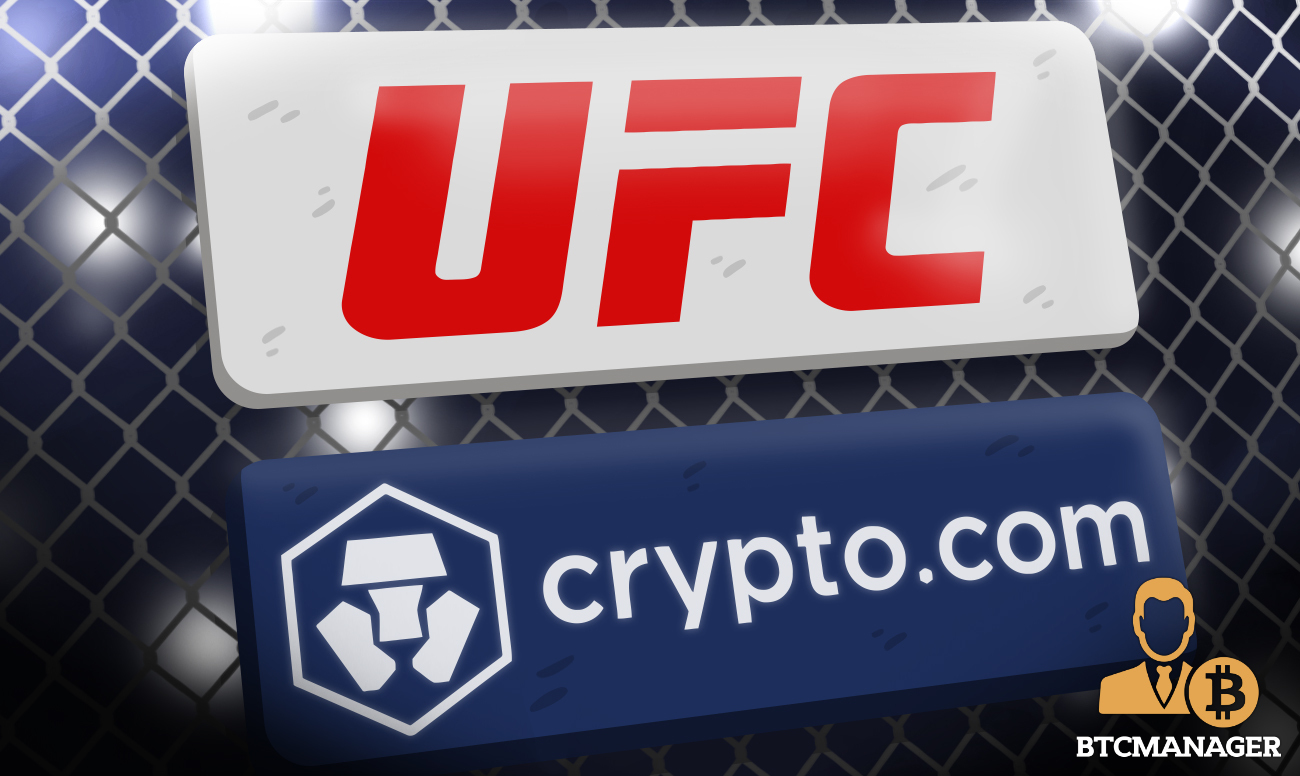 According to a press release issued on July 7, Ultimate Fighting Championship (UFC), has onboarded Crypto.com as its official fight kit partner via a high-profile sponsorship deal.

While the exact specifics of the partnership are not yet revealed, CNBC reports the deal is worth a whopping $175 million over 10 years.

The partnership with UFC means Crypto.com will enjoy heightened visibility in all UFC events, including its logo being seen on the apparel of those involved in each card, including the fighters, members, and the training staff.

“This is a partnership between two companies that are the best at what they do.”

“No company has done more to grow the popularity of combat sports than UFC, and now we’re one of the biggest sports brands on the planet. We can help Crypto.com reach more people around the world through the strength of our brand.”

Founded in 2016, Crypto.com allows users to buy and sell digital currencies and is used by more than 10 million people today.

The high-stakes alliance between UFC and Crypto.com will officially be kicked off with the biggest MMA event of the year at UFC 264. The event, scheduled for Saturday in Las Vegas, will witness the trilogy fight between Conor McGregor and Dustin Poirier.

Crypto.com co-founder and CEO Kris Marszalek dubbed the partnership with UFC a “historic moment.” He added it would help the sport “accelerate the world’s transition to cryptocurrency.”

He went on to say:

“This is just the beginning of a long relationship with UFC, and we’re looking forward to what we will build together.”

Crypto.com on A Mission to Make Crypto Mainstream

Recent moves made by Crypto.com are a testimony to the exchange’s commitment to foster the mainstream adoption of cryptocurrencies.

BTCManager reported on April 19 that Crypto.com had partnered with Times Magazine to enable more than 2.3 million subscribers to pay in cryptocurrencies.

In similar news, in March Crypto.com announced a global partnership with Visa that included principal membership in Visa’s network in Australia.