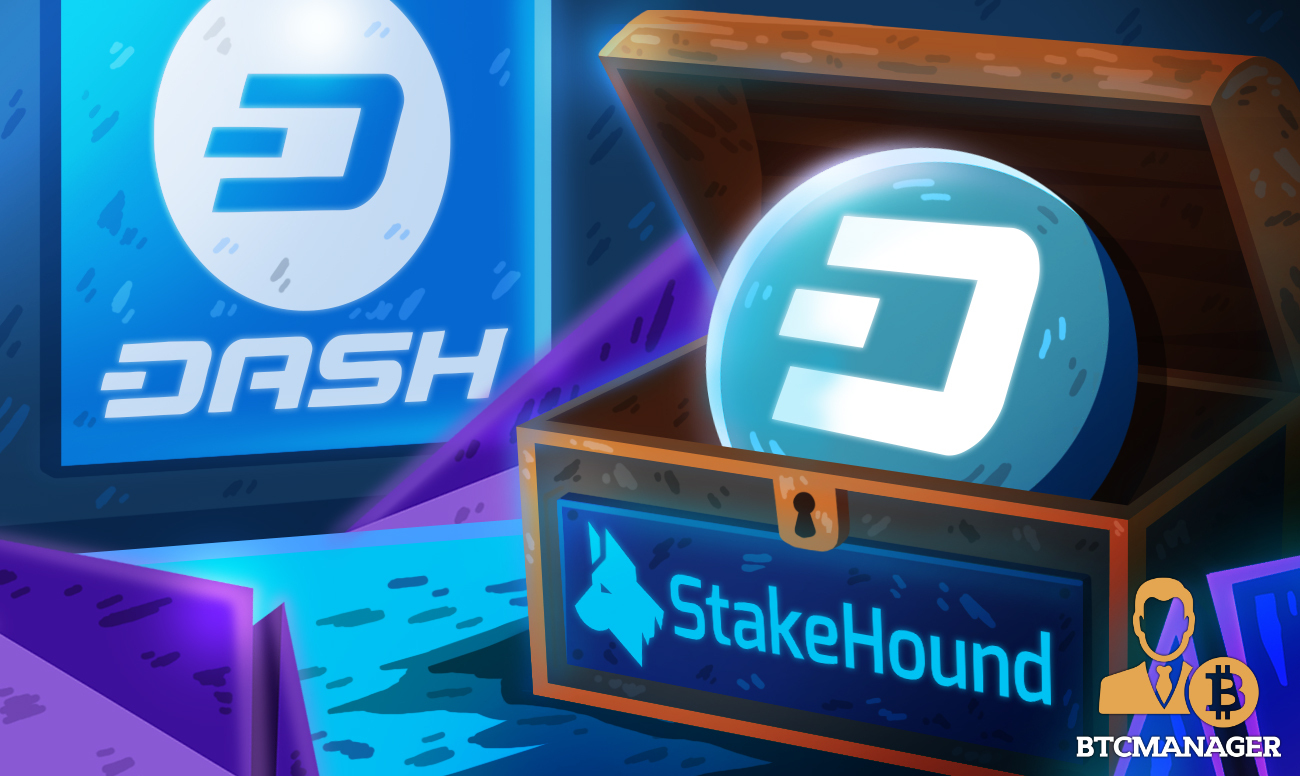 Staking platform StakeHound has partnered with privacy blockchain network Dash, to offer DASH users staking reward opportunities. The partnership was announced by Dash in a press release on October 19, 2020.

According to the partnership, StakeHound will serve as a gateway between Dash and Ethereum ecosystems.

Dash holders will be able to generate additional yield through major DeFi applications by using the newly launched StakedDASH token. This token would open a gateway for liquidity flow between both ecosystems.

In addition, the partnership would provide DASH users the benefits of DeFi services like lending and borrowing while Ethereum users will be able to use DASH global payment ecosystem within the StakeHound platform.

Speaking about the partnership, Ryan Taylor, CEO of Dash Core Group believes that it opens new doors for the DASH blockchain ecosystem.

“This is certainly a unique and exciting partnership for the Dash Network. With Dash extending into DeFi as a result of this partnership, new doors and use cases will be available to Dash users as well as ERC-20 blockchain users.’’

StakeHound uses a protocol that removes the competition between staking and Defi by allowing users to earn rewards from different crypto networks while participating in DeFi.

StakeHound’s stake-backed tokens are issuable on both the Ethereum and Radix public ledger, allowing users to access and move between both DeFi communities seamlessly.

StakeHound revealed that StakedDASH can be used for multiple DeFi functions and can also be traded on the open market.

The tokens would also be supported on popular DeFi platforms including Uniswap, Aave and Curve.

This is indeed great news for the DASH ecosystem as DeFi is one of the fastest-growing sectors within the blockchain industry.

Dash had earlier in September released an update on its network targeted at optimizing performances and providing greater privacy. The updates also changed the number of block rewards for miners and masternodes, and provide numerous enhancements through Bitcoin backports.