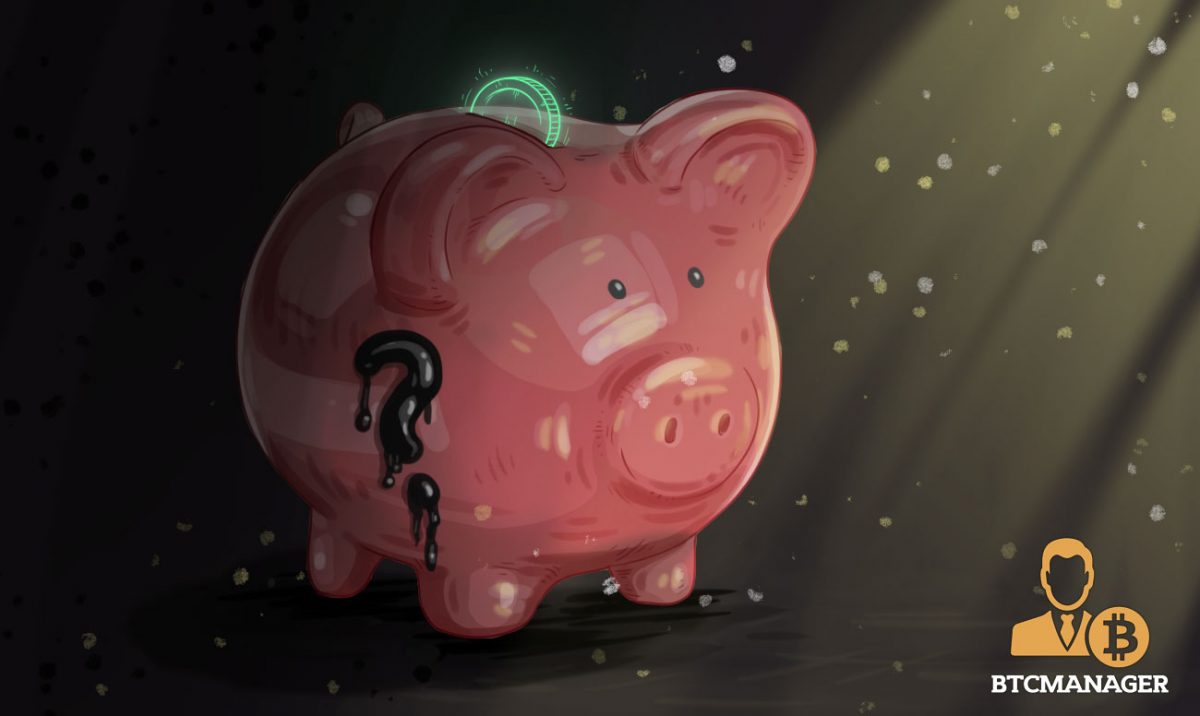 The advent of cryptocurrencies has rekindled much of the conversation surrounding a universal basic income (UBI), as many believe the technology is the final piece needed to turn the idea into reality. A protocol as fundamental as the Internet, which can now securely transfer value, still has more than a few obstacles to overcome, however, before it rids the world of poverty.

A meetup in Berlin on January 28, 2019, brought together hearts and minds to help answer the growing demand for this unique social program.

The Tenets of “Free Money”

Returns to the economic theories of Karl Marx, concerns over the automation of our delicate labor force, and the growing realities of income inequality have all been the fuelled the creation of many think tanks and public policy groups. A myriad of answers have been put on display, some claiming that governments should place greater constraints on monopolies, while others believe that free enterprise is currently being hamstrung by left-leaning ideologies.

Another solution, one that is also undergoing great sweeps of advocacy from all sides of the political palette, is that of a UBI.

The idea behind handing out free money existed centuries before anyone had ever heard of a computer. What began as a function of the church, became bound in political ideology thanks to Thomas Paine in colonial America, until making headlines during Richard Nixon’s presidency in the early 1960s. Since then, dozens of different experiments have been executed in Alaska, Finland, and parts of Africa.

Each iteration tinkered with different facets of a UBI, but they all circled around a central definition. The five-characteristic definition of UBI provided by the Basic Income Earth Network (BIEN) includes the following: periodic distribution, cash (fungible) payment, individual, universal, and unconditional.

The first refers to the set increments in which the income will be given to the recipient. This may be effectuated every week, month, year, or in some cases, granted in a large lump sum at the age of 18 (though this last one is quite rare).

The second feature makes clear that universal basic income will not come in the form of vouchers or coupons intended for a specific use. Advocates of UBI argue that the major philosophical force is drawn from the fact that it gives every citizen a true definition of freedom. Thus the income would arrive in the native currency of the country and would, therefore, be allowed for use in any way that an individual would see fit—this is a critical difference between many current welfare systems in place.

Thirdly, the income would be given to individuals rather than groups or households. All too often individuals are stripped of their financial bearings due to toxic community environments or simply from the fact that certain welfare programs simply don’t provide enough for a family unit. This dimension of a UBI further stimulates the type of freedom that an individual should be granted as it empowers them, no matter their status, to make private decisions.

The fourth aspect, universal, refers to the fact that everyone is eligible to receive these funds; recipients are not barred based on any sort of metric and can be had by all.

Coupled with this feature is the fifth aspect, unconditional. This money does not come with any demands to work or to use this money in any other way than the individual sees fit. There are no conditions, fine print, or pressures to respond too; this money is for the individual and for the actualization of their desires. This gives an accurate, albeit general, description of one of the most important features of a universal basic income.

These five features may come in slightly different forms, but the objectives of each will remain the same.

Each of these five characteristics takes on greater weight and eligibility since the advent of Bitcoin and blockchain technologies. Smart contracts could easily be deployed to cover recurring payments, for instance, and distribution would hinge merely on the availability of a recipients’s internet connection. For the likes of Good Dollar, Circles UBI, UBIC, SwiftDemand, and BrightID, they have taken this innovation and launched startups to build out a modern UBI.

Good Dollar’s proposition leverages blockchain technology to provide a financial layer of support for the globally impoverished. According to their position paper, the research group explores how programmable money can evade corrupt bureaucracies and provide a transparent alternative to the even distribution of resources. A bit vague for the uninitiated, but each of the contributors at the event helped to fill in the pieces of how a crypto UBI could be executed.

As the official sponsor of the Round Table event at ThoughtWorks in the German capital, Good Dollar was responsible for the evening’s curation.

For Circles UBI, the company is looking to spread its cryptocurrency project around the world one person at a time. When interested parties join the network, they create a personal currency. If, for instance, the assistant editor of BTCManager, Eddie Mitchell, were to join, he would create “Eddiecoin” on a blockchain-enabled smart contract. This cryptocurrency would then be produced on a regular basis and arrive in Eddie’s wallet at set intervals. This money inherits its value as soon as other users recognize Eddie as a real person.

Once another person, say, Alice, joins the network, meets Eddie and confirms his identity, they establish a circle of trust and can exchange Eddiecoins for Alicecoins at the same value. If Alice ends up inviting Tom to the network, because she has already established trust with Eddie, the three of them can exchange their personalized currencies with each other at the same value.

If it wasn’t already clear, this process, as well as most UBI initiatives, depend heavily on identity. In an emerging world of digital incentives, the stakes are even higher to get this right.

UBIC attempts to solve this by connecting the NFC chips in users passports so as to ensure that only one user is receiving one partition of a UBI. According to one of the developers of the team, though, they have yet to solve the simple problem of individuals with multiple passports. In the world of computer science, the ability for a user to create multiple accounts in a network is called a Sybil attack, and as we usher in an era of network economies and cryptocurrencies, Sybil attacks are all the more pernicious.

In an interview with BTCManager, the founder of BrightID, Adam Stallard, described the necessity of secure identity solutions in a world where Bitcoin exists. “Social security numbers weren’t designed for the digital world,” he said, adding:

“There needs to be a modern update to how we understand identity based on the technologies of today.” 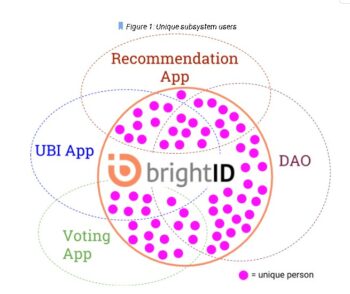 While the startup’s primary focus will be to tackle the one-account-per-person problem which is widespread throughout the internet, they have gained traction for obvious reasons within the UBI scene. The technology is available for both Swiftdemand and Mannabase, two recent attempts at basic income.

The so-called “identity network” functions via an application on a smartphone in which people can gather connections via the scanning of another’s QR code. The more connections that one accrues, the higher their social score would be. The higher this score, the more likely it is that the individual is indeed real.

There is no token involved as BrightID would operate externally, but in conjunction, with a blockchain protocol. Aragon was the first project to implement the innovation for its Identity app.

Another member of the BrightID team and co-founder of Zero Poverty, Philip Silva, explained that there were still a number of issues with the network. Noting one, he said:

“Death is still tricky to verify and falls more under the category of a social engineering problem than anything,”

To tackle the non-technical aspects of matching one person with one identification, Silva described the startup’s bounty program in which white hat hackers would attempt to generate false accounts, rack up a high social score, and to move about the network interacting with other individuals. Users who manage to avoid these false accounts would be rewarded in an undisclosed way.

The issue of identity in the world of crypto is highly-contested. From cypherpunks demanding layers and layers of privacy, to transparency gurus ushering in the digital equivalent of a birth certificate; the industry is far from consensus. The rise of bot accounts on both Twitter and Facebook, however, do pose a real and urgent issue. The ability to artificially manipulate political campaigns or tear down someone’s reputation has been fundamental to the modern era’s zeitgeist.

Blockchain technologies do provide some glimmer of hope at resolving this. But determining the authenticity of the user being placed on a distributed ledger is still subject to attack. Without a neat conclusion to the identity issue, even society’s simplest social programs, let alone a UBI, likely won’t achieve implementation at any scale.