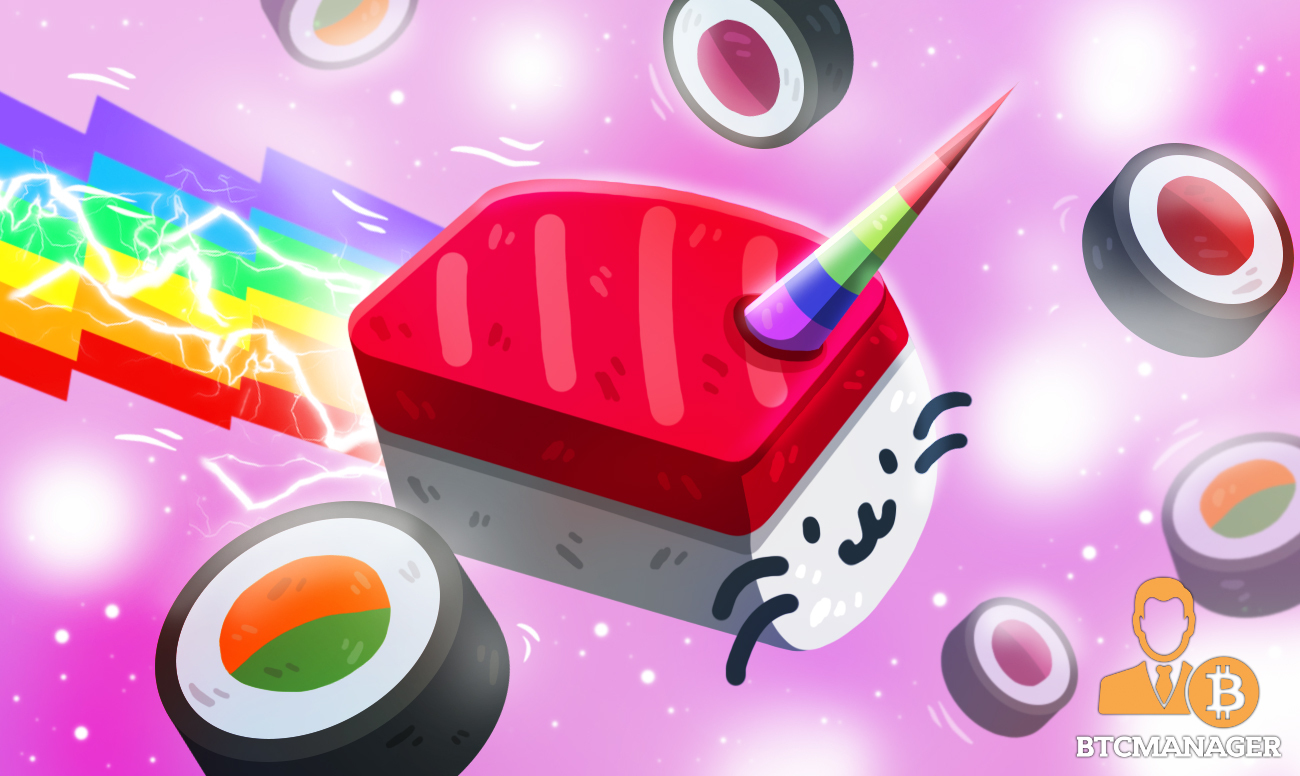 DeFi protocol SushiSwap is set for a happening 2021.

After a tumultuous 2020, decentralized finance (DeFi) project SushiSwap has its eyes set on a productive 2021.

Launched as a fork of leading decentralized AMM Uniswap during the DeFi summer of 2020, SushiSwap has quickly cemented itself as a force to reckon within the competitive DeFi landscape.

SushiSwap’s story is of particular interest as quickly after its launch, the protocol found itself in the middle of a nasty controversy where its anonymous founder Chef Nomi was alleged to have dumped $15 million worth of SUSHI and ETH from the project’s developer fund.

However, the protocol was able to redeem itself in a manner one could only witness in the crypto industry.

On September 7, BTCManager reported that Chef Nomi had handed over SushiSwap’s keys to FTX and Serum DEX founder Sam Bankman-Fried.

In new hands, SushiSwap has managed to find its way among the top DeFi protocols according to data from DeFi Pulse.

Now, the protocol has unveiled an ambitious roadmap for 2021 aimed toward greater DeFi adoption.

What’s On the Roadmap?

Per the official announcement, the roadmap includes showcasing multiple examples of some of the most complex and advanced functionalities in the DeFi space. These include a cross-chain DEX powered by Rune and Moonbeam, integration with the Polkadot blockchain, and a fully decentralized governance structure by the end of 2021.

In addition, the announcement gives updates on previously-announced projects. These include a v2 launch dubbed Mirin and the launch of a forthcoming lending product called BentoBox sometime during mid-January.

Further, the protocol could also witness a total brand identity change as hinted in the announcement.

“SushiSwap will be moving to a new domain in 2021 to reflect better how we aren’t an AMM anymore,” the announcement reads.

SushiSwap is also working toward having a complete governance structure in place by Q4 2021. The protocol is currently considering the Aragon v2 x Snapshot and Synthetix’s Council of community members governance models.

As previously reported by BTCManager, SushiSwap announced a merger with Yearn.Finance to combine their developmental resources to create an aggregated total value locked (TVL) sum.