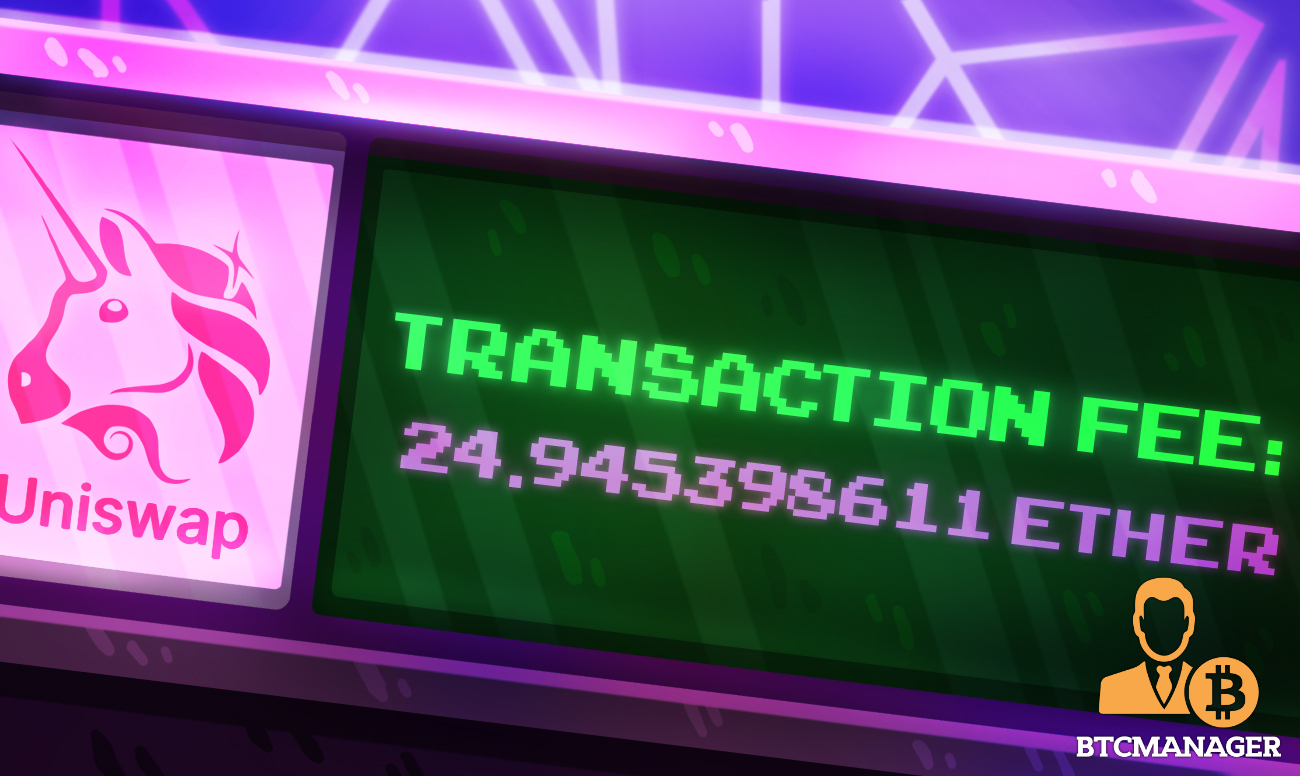 In what will undoubtedly be the costliest Ethereum approval in February 2021, one user paid $42.2k in a single transaction to move funds from his USDC account to Uniswap V2 on Feb 23.

Coincidentally, this is when ETH prices toppled from their highs of around $1.8k, sinking to as low as $1.48k before recovering in the late New York session.

According to Etherscan data, the transaction was confirmed within 30 seconds at block height 11912570.

An analysis of the block and the transaction revealed that the user didn’t move any value to the receiving Uniswap V2 address.

At around that time, the average gas fees stood at roughly $38.

The motivation of this transaction is unknown at the time of press.

However, what’s clear is that the user will likely lose his valuable 24 ETH considering the immutability of Ethereum transactions.

Additionally, the absence of recourse—or third-party intervention, won’t be possible since there are no middlemen.

On the other hand, beneficiaries will be network miners.

Already raking millions from transaction fees currently at over $31, a new record as Ethereum fails to scale in response to the influx of new traders, the lucky miner hit a gold mine.

Speculation is rife that the user fell victim to a fat finger incident, a costly typo costing millions of dollars among Ethereum and blockchain users.

Since Ethereum users are in charge of fixing the amount and optimal Gas fees, the sender might have got mixed up and incorrectly approved the transaction. It is most likely that he accidentally set his Gwei to half a million.

On another lens, some may interpret this expensive transaction as a convoluted scam involving mining pools. In such a case, the $42k could be laundered and the mining pool used as a facilitating agent. It’s possible because miners secure the network, receiving transaction fees and block rewards as compensation.

Ethereum Gas fees are through the roof, and this is heaping unnecessary pressure on DeFi traders, forcing mistakes.

As BTCManager reported, EIP-1559—one of the mitigating solutions aimed at lowering fees, is already in review. Meanwhile, intensive DeFi dApps plan on migrating to Layer-2.