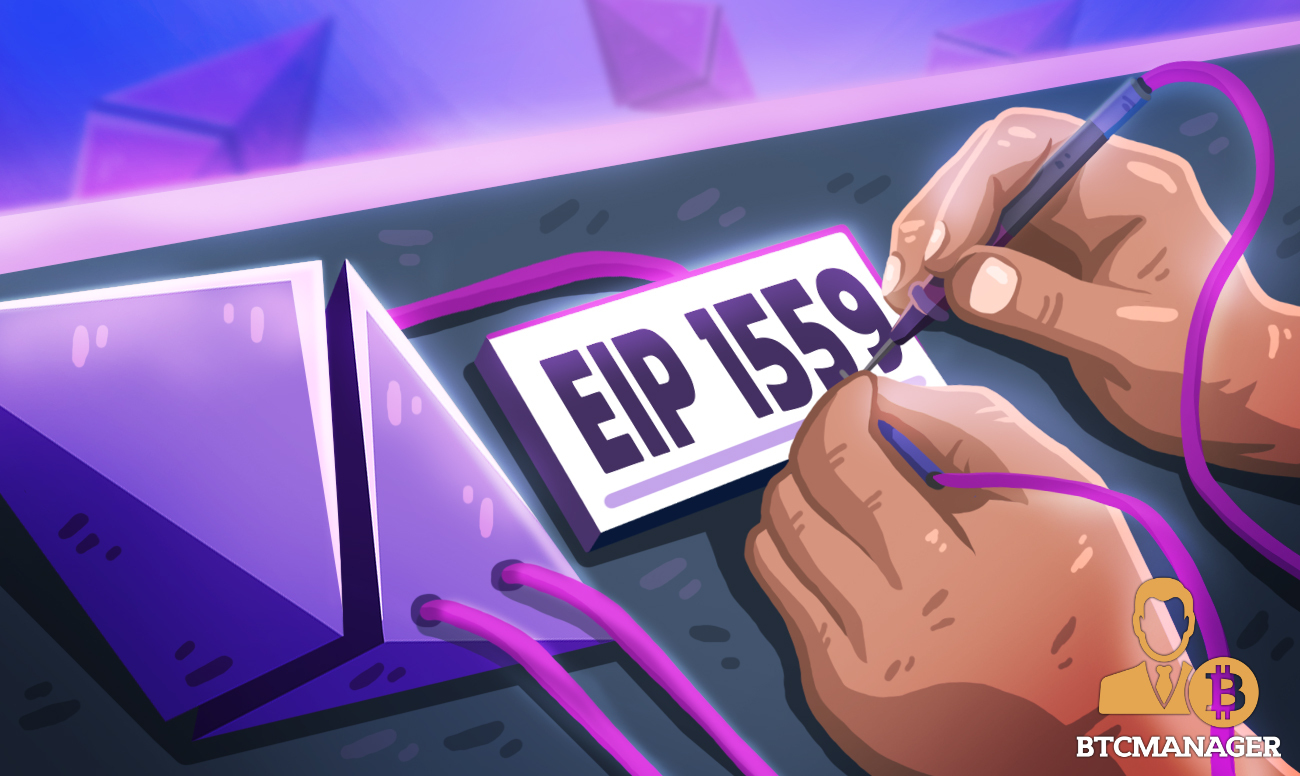 Ethereum price is at near-record highs, a gift for holders but a nightmare for network users.

Here’s why: The average transaction (Gas) fee stands at $20. What’s even worse is that this fee will likely stagnate at present levels if there is no intervention.

For this reason, network developers are once again in agreement that it is high time another upgrade is made to integrate EIP-1559.

The good news is, this proposal is nothing new and seeks to rid the first auction model in use for a new model that lowers Gas volatility.

The Gas Fees Hole Ethereum Finds Itself In

However, before digging deeper, we must also look at how Ethereum finds itself in the present predicament.

Admittedly, the Ethereum network is the most active and was the first platform to launch a smart contracting protocol enabling tokenization.

Ethereum has, therefore, over the years gained traction. In 2020, it flipped Bitcoin as the most actively used network, processing over one million transactions. By December 2020, Ethereum, highlighting its dominance, had processed over $835 billion worth of stablecoins, mostly in USDT, DAI, and USDC.

With demand also comes competition. A simple glance at Etherscan reveals that the average Network Utilization rate stands at over 97 percent. Not surprisingly, the uptick of network utilization spiked starting from late December 2019.

It was during this time that DeFi was also gaining momentum. When ETH prices began rising and DeFi became mainstream from Dec 2019, the network’s utility remained above 97 percent.

The result of a high network utility (demand) is higher revenue for miners. Notice that it was during the DeFi-fueled rally of 2020 when Gas fees began rising. At the same time, revenue rose to record levels.

At one point, miner earnings from network rewards were less than those from transaction fees. The unprecedented level of demand now tags discussion on increasing the Block Gas limit above 12.5 million Gwei. If this goes ahead, Gas fees will likely rise to unsustainable levels hampering Ethereum’s adoption, a bearish development.

Presently, outside of Eth2, which is entirely a new blockchain with an alternative consensus algorithm. This chain will introduce staking, eliminating the need for miners in a scalable environment supportive of enterprise-grade dApps without impacting user experience. The full transition may, nonetheless, take years to actualize.

Before then—and as aforementioned, EIP-1559 is gaining traction and garnering support from industry leaders. Among avid supporters is Vitalik Buterin.

How EIP-1559 Hopes to diffuse the Gas Fee Problem

How will EIP-1559 bring back normalcy in the current high Gas fee environment? EIP-1559 is a proposal fronted by Eric Conner, the co-founder of EthHub.

In early 2019 I finally hit peak frustration at how horrible Ethereum’s first-price auction model for fees was.

I truly thought (and still think!) it was the #1 barrier to mass adoption.

In 2019, his frustration peaked at how horrible Ethereum’s first auction model was for Gas fees. At that time, his frustration boiled down to just how it affected the user experience. Initially, he had nothing with the thought of burning Gas fees.

He later reached out to Vitalik Buterin and penned down EIP-1559.

Over and above everything, and as the recent heated discussion reveals, the proposal aims to improve user experience by introducing Gas fee predictability.

The proposal has a “long-term average target” (10 million) and a “hard per-block cap” (20 million). Additionally, there is an adjustable BASEFEE integrating a targeting mechanism to keep block Gas limits at 10 million Gwei.

There will also be a small tip for miners. This new auction model overhauls the first auction price, where the miner has the liberty to pick the highest bid for inclusion in the next block.

Under EIP-1559, users will submit bids as usual, but everyone pays the lowest bid included in the block. By having the BASEFEE that will be burned, miners can’t manipulate fees and extract more from users. It is possible because changing the BASEFEE is only done at a higher rate that’s economically unfeasible.

Furthermore, the burning mechanism and allowing miners to receive tips—as compensation for uncle risk cements ETH’s role as a medium of exchange in the Ethereum ecosystem without impacting the network’s security.

Interestingly, under EIP-1559, volatility will shift from Gas prices to block sizes. Estimates are that even during congestion, which won’t last more than 10 minutes under this new auctioning system, the average Ethereum block size will at most double. The block size increment will remain flexible since the higher it is, the more efficient the fee market.

For end-users, the bidding mechanism’s automation leads to a better Gas fee predictability translating to an improved user experience and concurrently enshrining ETH’s economic value at the protocol level. This will further mitigate the risks of miner extractable value (MEV).

Beyond this, there will be a 90 percent reduction in transaction costs and a drastically reduced wait time for transaction confirmations.