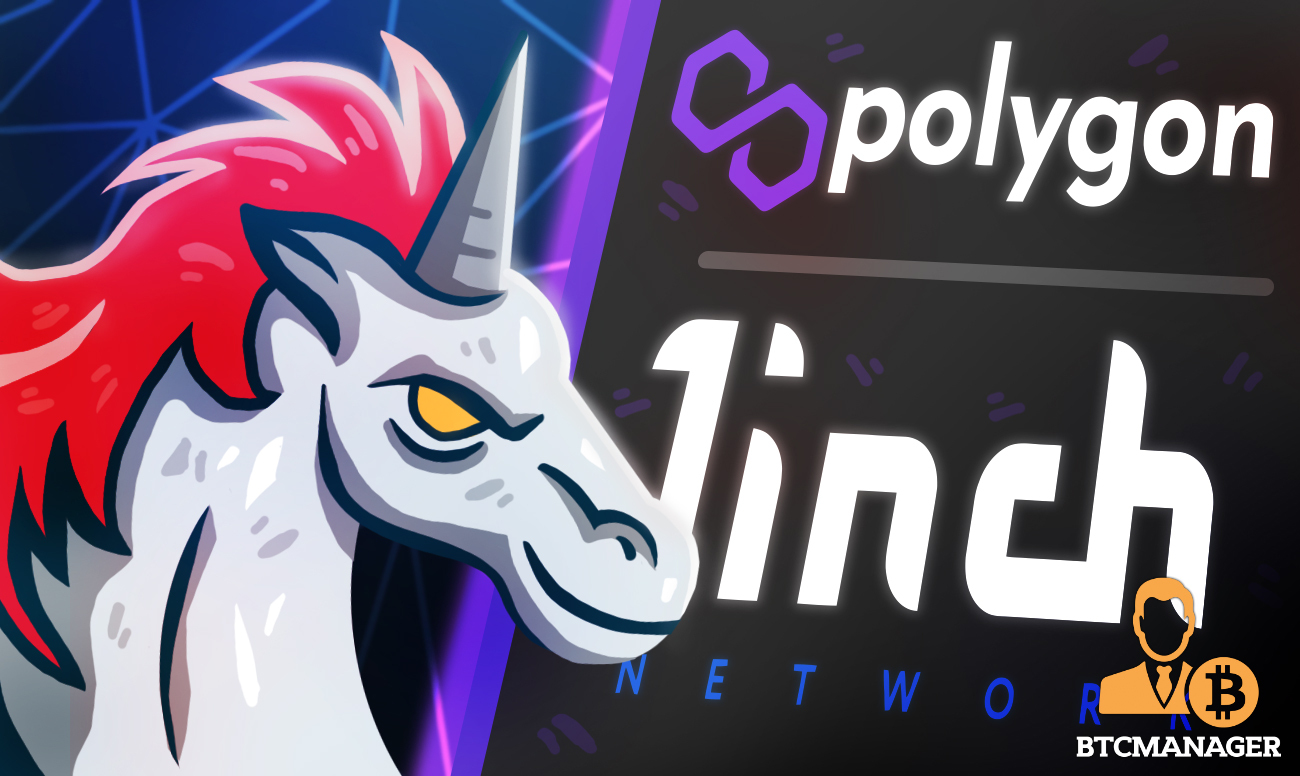 In an announcement made today, DeFi DEX aggregator 1inch Aggregation Protocol announced its expansion to the Polygon network. Specifically, the expansion provides 1inch users with several liquidity sources on Polygon such as Curve, Sushiswap, Quickswap, Aave V2, and Cometh. There are plans to add more protocols to source liquidity from, the announcement reads.

For the uninitiated, Polygon – formerly known as Matic Network – is a leading Ethereum scaling and infrastructure development platform that has played a significant role in aiding the Ethereum network keep up with the competition while it continues to switch to the Proof-of-Stake (PoS) consensus algorithm.

Polygon is committed to realize Ethereum’s full potential by being a powerful multi-chain system. Currently, Polygon offers a transaction speed of over 7,000tps which eclipses that of the Ethereum network by orders of magnitude. Further, Polygon also does this at a fraction of cost of Ethereum.

“After the 1inch Network has expanded to Binance Smart Chain, there was a massive request from the community to make Polygon also available for swapping via 1inch. Currently, the 1inch Aggregation Protocol is already deployed on Polygon, while the 1inch Liquidity Protocol and the 1inch Governance Protocol are expected to expand over to Polygon in the upcoming few weeks.”

Users interested in using the 1inch Network on Polygon can transfer their digital assets between Ethereum and Polygon blockchains via the special cross-chain bridge run by the Polygon network. In addition, the network also has a dedicated wallet where users can securely store their crypto assets on the layer-2 scaling solution.

Since their rebranding earlier this year from Matic Network to Polygon, the layer-2 Ethereum scaling solution has been on a spree of integrations and partnerships.

As reported by BTCManager on April 1, major DeFi lending and borrowing protocol Aave (AAVE) had integrated Polygon to enable fast, secure, and economically feasible transactions for its users.