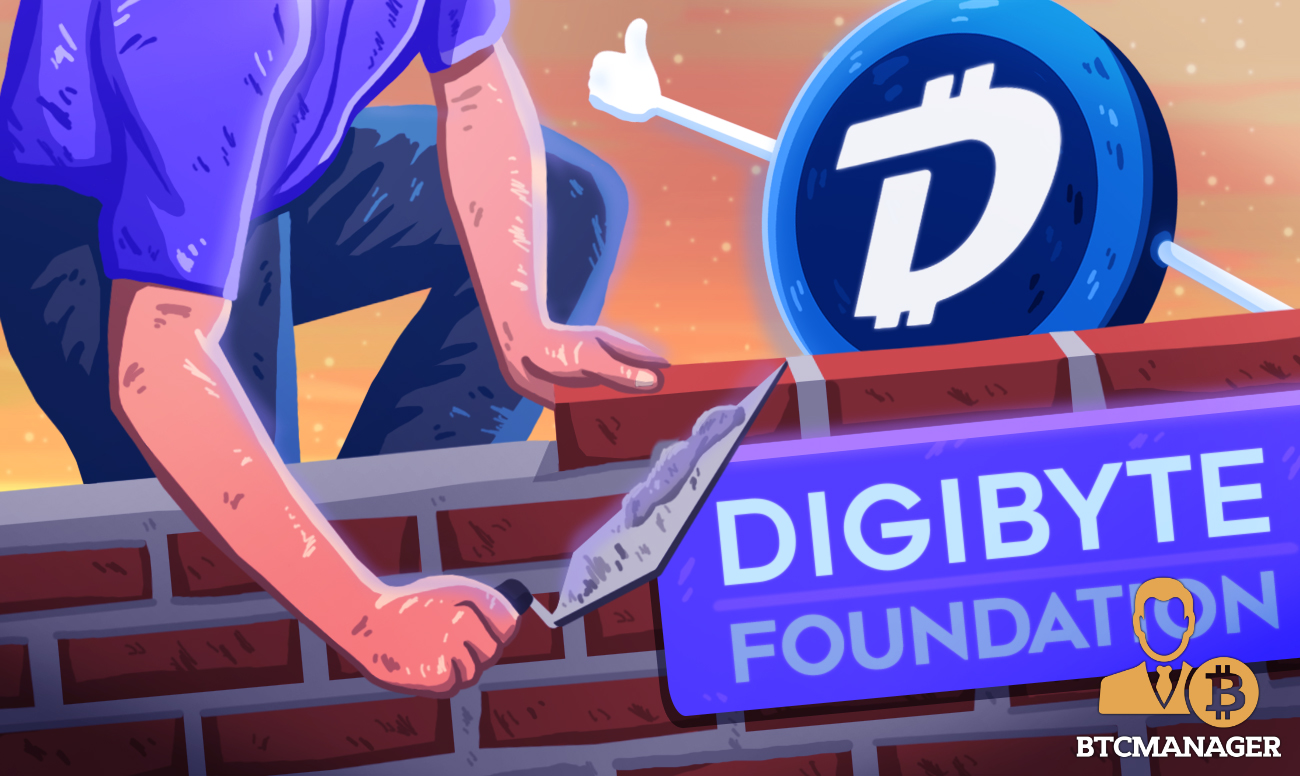 DigiByte (DGB), founded by Jared Tate and led by its community (DLT) that claims to be focused on promoting the ethos of blockchain technology with its completely decentralized network, has finished developing a framework for its proposed DigiByte Foundation (DF). The team says the DF will be responsible for promoting DigiByte adoption and it is designed to function as a nonprofit organization and as a separate vehicle, apart from DigiByte and focussed on its community,  according to a blog post on February 10, 2020.

As reported by BTCManager in November 2019, the DigiByte team announced plans to launch the DigiByte Foundation, as part of larger plans to create more awareness about the DigiByte blockchain, support the community and foster inclusivity.

In the latest development, the DigiByte has made it clear that after several months of hard work, it has finally designed a framework for the DigiByte Foundation, stating in clear terms what the primary objective of DF is, the structure of the foundation, the people involved and how the members of the DigiByte community can make the most of DF.

At a time when a good number of blockchain projects have been criticized for functioning in a centralized manner and focusing too much on financial gains, DigiByte has stated categorically that DF isn’t interested in a centralized power and financial gains, instead, the foundation will empower its community to decentralize the world and ultimately make DigiByte an example to be the most decentralized ecosystem that can be useful in the social, political and economic landscapes.

Importantly, the DigiByte Foundation has hinted that its core values are decentralization, inclusiveness, permissionless, integrity, transparency, openness, consensus and thought leadership, as such anyone interested in being a member of DF must abide by these principles.

In the near future, the DF plans to raise funds from its donors, as well as members of the DigiByte community to initiate and develop projects, and carry out other endeavors that will promote the DigiByte ecosystem.

As stated earlier, DigiByte says its foundation will be structured in the form of a Dutch Sichting nonprofit foundation, a volunteer-managed organization where members are not entitled to any form of remuneration or payment.

DigiByte Foundation has made it clear that before the foundation decides on any issue concerning DigiByte, it will first seek the opinion of members of the community.

The team says donors are required to make an annual contribution of a couple of dollars in DGB coin. These funds will be used to offset operational costs and run community projects.

The team says DF will also be open to corporate partnerships and sponsorships from various business entities across the globe.