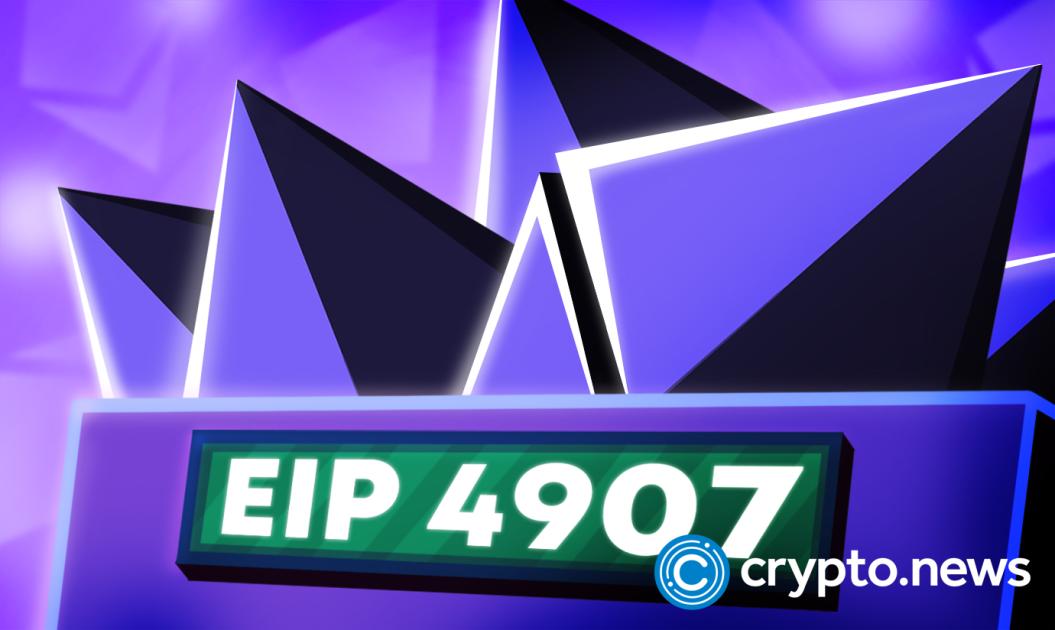 On June 28, Double Protocol submitted the EIP-4907 standard for the Leasable NFT Lease Marketplace to the Etherpad development team for review and approval. On Twitter, the platform confirmed that it was approved, marking the 30th standard that the Ether network has given the greenlight.

This standard defines the roles that allow users to separate their NFT ownership and permissions. It also automatically withdraws licenses upon expiration. The “ERC-4907” standard significantly lowers the cost of developing and integrating NFT assets, such as games and cards. It also makes them more liquid.

Users can lease in-game assets and virtual land through Double Protocol in Warena and Decentraland. There have been 12 confirmed implementations of the “ERC-4907” standard by projects.

Contrary to popular belief, the NFT market is not built on hype. It was created through a combination of hard work and innovation.

The economy and technology are powering the rise of real-life use cases. They are constantly improving and supporting the development of new and innovative products and services. The increasing number of utility-focused applications drives the evolution of the NFT market. It differs from the previous generation of NFTs, mainly based on avatars.

The rapid emergence and evolution of the play-to-earn and metaverse games has helped the NFT market grow. The increasing number of real-life use cases and ownership opportunities for NFTs are expected to drive the market’s upward trajectory over the next few years. As a result, the rental marketplaces focused on this space are likely to play a vital role in the evolution of the NFT market.

NFT Renting Made Efficient and Impactful With Double Protocol

One of the most critical factors that must be considered when operating an NFT is the separation of the usage-right from ownership. Users can do this by adding a controller or operator who can perform specific actions but can’t transfer the asset to a third party.

If the owner of an NFT wants to make it accessible to a certain operator or controller for a certain period through a rental platform, they need to perform two on-chain transactions.

As the number of NFT applications and their users continues to grow, the various tools and workflows used to manage these applications must be designed to handle the rights management needs of all users efficiently. One of the most effective ways to achieve this is by establishing a unified standard for collaboration among these applications.

One of the key components that enable Double Protocol to provide its customers with the necessary tools and resources to make their non-financial assets (NFTs) rentable is the dual-role setting of the smart contract. It allows them to avoid having to transfer ownership of their assets.

The EIP 4907 can easily be used to extract the user right from the ownership. Also, the dual-role standard allows the rental NFTs to expire automatically, which means that the user’s usage rights will automatically end when the rental period ends.

The Double Protocol adds a dual-role contact to an in-game asset to ensure that it has both the owner and the user’s rights. To do this, create a doNFT related to the original NFT. The doNFT will be issued to the borrower once the rent has been paid and the contract terms are followed. During the rental period, which usually lasts for a couple of months, the tenant can choose to have various usage rights, such as subleasing, splitting, and merging. The user’s rights will automatically be revoked at the end of the contract.