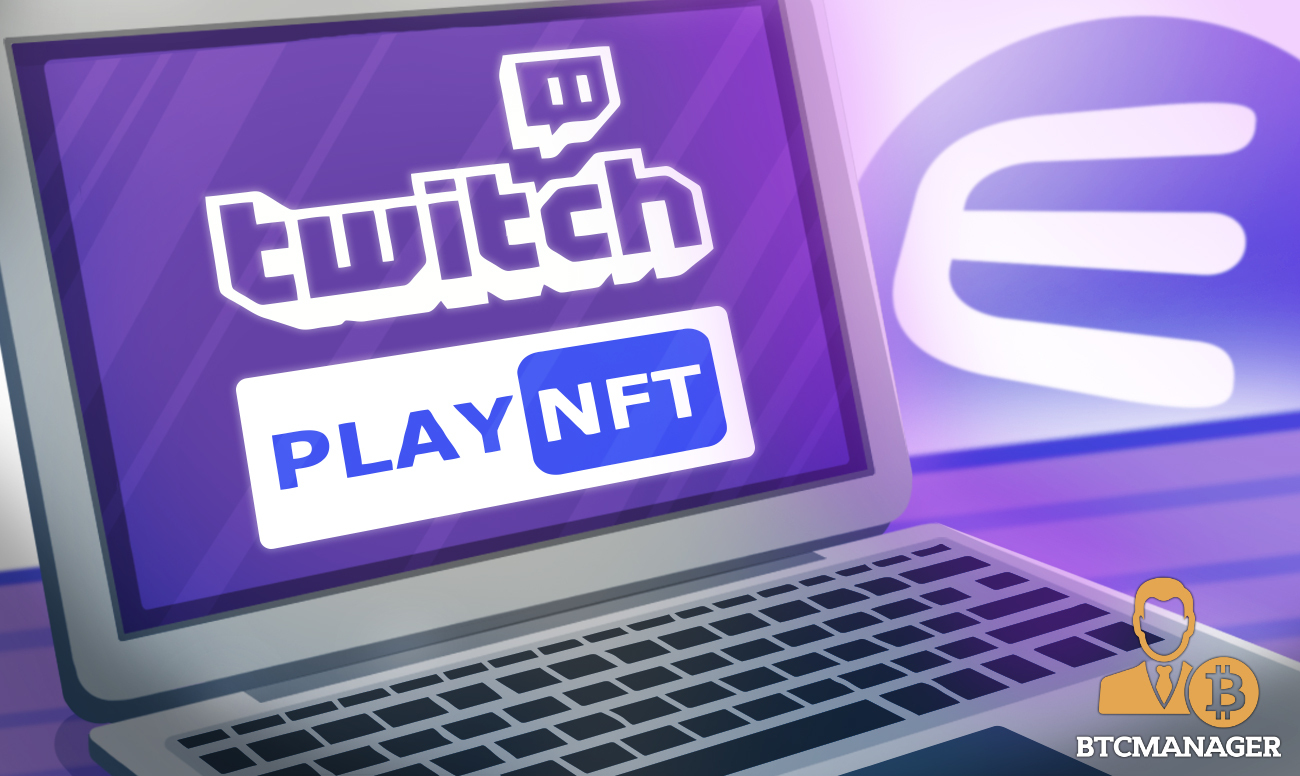 NFT platform PlayNFT is working to use NFTs for community building and engagement on the leading streaming platform Twitch. Accordingly, PlayNFT is launching a marketplace and plugin that utilizes Enjin’s flagship blockchain Efinity, a press release issued on December 13 states.

According to a recent announcement made by Enjin – the leading ecosystem for non-fungible tokens (NFTs) – blockchain game studio Enigma Games is tapping Enjin’s Efinity parachain for its new NFT project dubbed PlayNFT.

Using Enjin’s tech stack and the Efinity parachain, PlayNFT will give Twitch streamers the ability to offer real-value rewards to their audiences. The plugin will enable Twitch’s community of 9.2 million streamers to leverage NFTs to develop deeper connections with their audiences.

Notably, Twitch streamers will be able to use the plugin to distribute NFTs as rewards without needing to leave the platform.

In addition, PlayNFT’s marketplace will allow users to seamlessly add utility to their NFTs, making them usable as in-game items in numerous games such as Min-Mins, MyMeta Minecraft, and Shield of Shalwend. Twitch streamers will be able to go to PlayNFT.io, mint NFTs, and choose from a list of games and apps where they want their NFTs to be usable.

The PlayNFT plugin is the first-of-its-kind that acts as the point of convergence for the Twitch community and cross-functionality with existing game titles. Most recently, PlayNFT’s tech was declared the winner of the HECO Gaming Hackathon.

“Streamers on Twitch are constantly searching for ways to reach new audiences and connect with them on a deeper level,” said Xavier Moore, CEO of Enigma Games. “We think NFTs, as a form of social currency, are going to become the most popular community engagement tool on the internet.”

At present, streamers can only engage with their audience via basic emotes that are only available within the Twitch ecosystem. Through Efinity-based PlayNFT, Enigma is working toward enhancing the user experience by giving the streamers the option to create branded NFTs that can be used across various games and apps.

Streamers can use the PlayNFT marketplace to buy utility developed by veteran game developers to add to the NFTs before disseminating them to the audience. The community can then use the NFTs to unlock gated content by logging into the supported games or titles.

“PlayNFT is the world’s first NFT-utility marketplace. Until now, there’s been no easy way for creators to make their NFTs usable in third-party games and apps.”

“We hope to see an abundance of games and apps joining PlayNFT, so creators and streamers can use the platform to meaningfully engage their audiences and level-up their NFTs in an autonomous and decentralized way.”

As previously reported by BTCManager, Enjin is currently competing with other parachain contenders to secure the 5th slot in the Polkadot parachain auctions for its scalable, energy-efficient NFT blockchain Efinity.

To learn more about Efinity’s crowdloan campaign and support Enjin’s efforts in the auctions, click here.