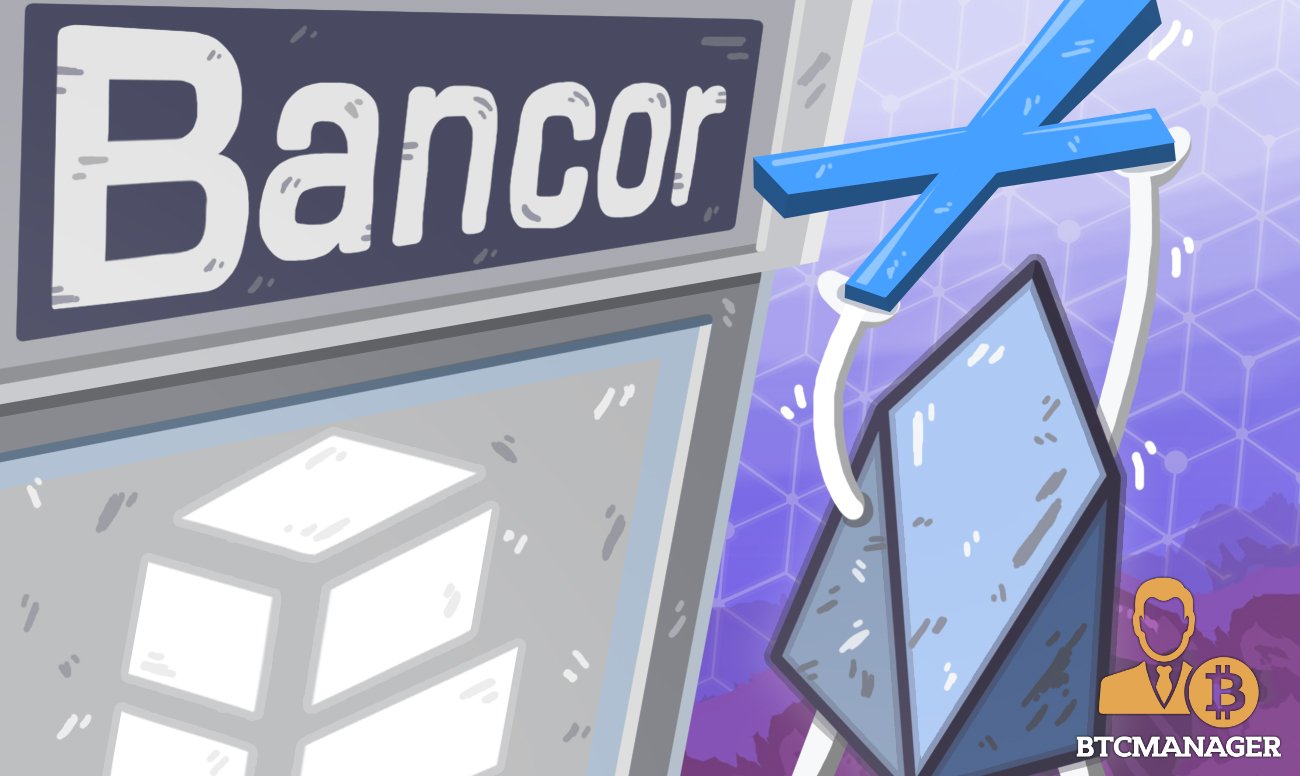 Bancor, a decentralized cryptocurrency exchange (DEX) protocol and one of the most popular decentralized applications (dApps) on the Ethereum network, is bringing its trustless token trading to the recently-launched EOS blockchain, the company announced in a September 19 press release.

Bancor, a popular dApp formerly exclusive to the Ethereum network, has announced that it will be expanding to EOS blockchain to benefit from faster and free transactions.

Having initially built Bancor on the Ethereum blockchain, the company said that it is now evolving into a cross-chain liquidity protocol starting with added support for EOS. The press release detailed that the users will be able to perform instant EOS-based token conversions against the company’s automated smart contracts known as Relays.

As a DEX, Bancor uses a series of smart contracts to allow users to convert between tokens without depositing their funds into an exchange-controlled wallet. However, unlike most decentralized exchanges, Bancor’s protocol features built-in liquidity and automated pricing, allowing users to convert tokens without the dApp needing to match buyers with sellers.

The BancorX project is the company’s attempt to extend that functionality to EOS, thus creating a bridge between the two most popular and by far the most valuable smart contracts platforms.

Bancor already operates LiquidEOS, a block producer on the EOS network, and its protocol is already being used on the EOS network to govern the market for RAM. The company has reportedly released open-source codes for smart contracts on the network.

However, the company’s official press release failed to give a specific timeline for the move or any further details regarding the project.

The decision to extend to EOS seems like a logical step forward for the company, which cited the network’s superior speed and fee-less transactions as the network’s primary benefits.

EOS doesn’t require users to pay “gas” to call small contracts, whereas the Ethereum network prioritizes transactions based on their fees. The company believes this will make it easier for users to engage dApps on their network.

On the other hand, developers might find it much more expensive to build dApps on EOS than on Ethereum if they don’t transfer the costs to the end users.

While much faster and significantly more scalable than Ethereum, EOS still comes with its own set of problems. One of the negative aspects of the EOS network is the ability of the block producers to freeze and/or reverse transactions.

However, even though the feature has generated a lot of negativity in the cryptocurrency community, Eyal Hertzog, Bancor’s co-founder, and product architect are of the view that the function is necessary.

Bancor believes that the ability to freeze funds in their smart contracts is essential due to the potential of hacks, explaining the algorithm was helpful in allowing them to stop the transfer of 2.5 million BNT tokens in July.