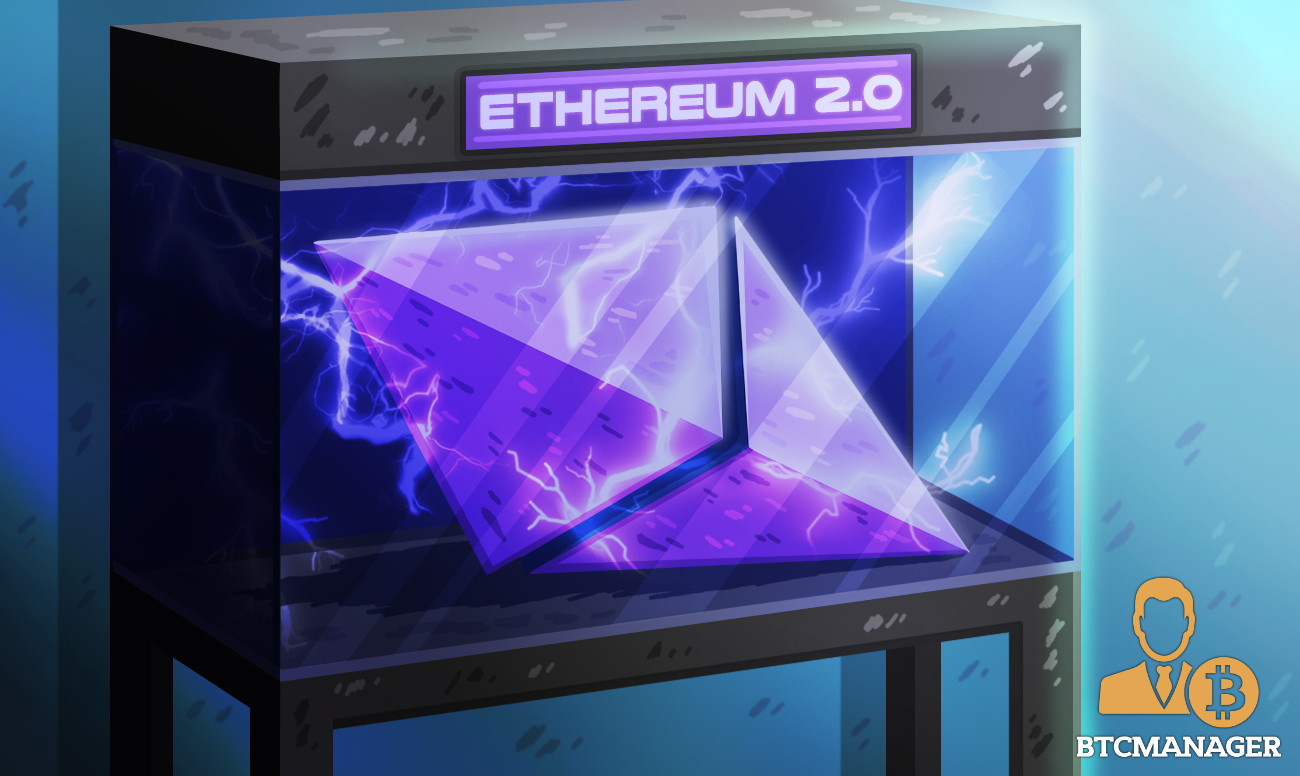 Ethereum lead developer Danny Ryan has written a fresh update on January 20, 2021, concerning the current state of affairs in the team’s Eth2 development. He has also tried to demystify Eth2, making it clear that Eth1 and Eth2 will be merged together to form a more robust, scalable, and energy-efficient Ethereum.

The price of ether (ETH), the world’s second-largest cryptocurrency has continued to skyrocket since the successful launch of the Eth2 Beacon chain last November and it appears Vitalik Buterin’s Ethereum may just hit the moon this year.

In a lengthy blog post titled “The State of Eth2,” published on January 20 by Ethereum Core Developer, Danny Ryan, the beacon chain now has 2.5 million ETH staked in it, ($3.1 billion at press time).

As seen on Etherscan, there are now a total of 105 Eth2 stakers, with Kraken crypto exchange occupying the frontline with 374,208 ETH (14.4 percent). Other exchanges and crypto stake pools also have huge amounts of ETH staked.

Eth1 Not Going Away

While some crypto enthusiasts still have the impression that Ethereum’s transition from the proof-of-work (PoW) to proof-of-stake (PoS) consensus will make eth1 completely obsolete, Ryan has cleared the air on the matter, explaining that both eth1 and eth2 will continue to function, as the term is simply used to refer to separate layers of the Ethereum network.

“The terms “eth1” and “eth2” are misnomers. If I had my way, I’d toss them out forever. These designations – eth1/eth2 – imply a false sequentiality. They imply that eth1 will be deprecated in favour of eth2, that one is being left behind for the other. Instead, the terms actually represent different layers of the stack.”

Ryan further explains that Eth1 encompasses the operation and upgrade of the network’s user layer (state, transactions and accounts), as it concerns Ethereum’s end-users.  Eth2, on the other hand, is a series of upgrades designed to overhaul Ethereum’s core consensus from the current PoW to a “more sustainable, and scalable proof-of-stake,” and ultimately make the eth1 user-layer better.

Ryan has revealed that, though the Eth2 beacon chain has been running smoothly, the team plans to keep testing, evaluating and refining it throughout this year, before merging eth1 and eth2.

What’s more, he has also stated categorically that the development team is now holding talks on some key upgrades to the beacon chain, including validator incentives, state management and more.

Additionally, Ryan says the issue of crazy gas fees on the Ethereum network will be fixed even before or after the eth1+eth2 merge, as the implementation of EIP 1559 is entirely independent of the Eth2 development.

“EIP 1559, a highly anticipated upgrade of Ethereum’s fee market, is also sufficiently independent of eth2 and can technically happen either before or after eth2 merge. That said, R&D on this item has picked up steam in the past 12 months, and we optimistically will see 1559 fee mechanics on mainnet in 2021,” he concluded.