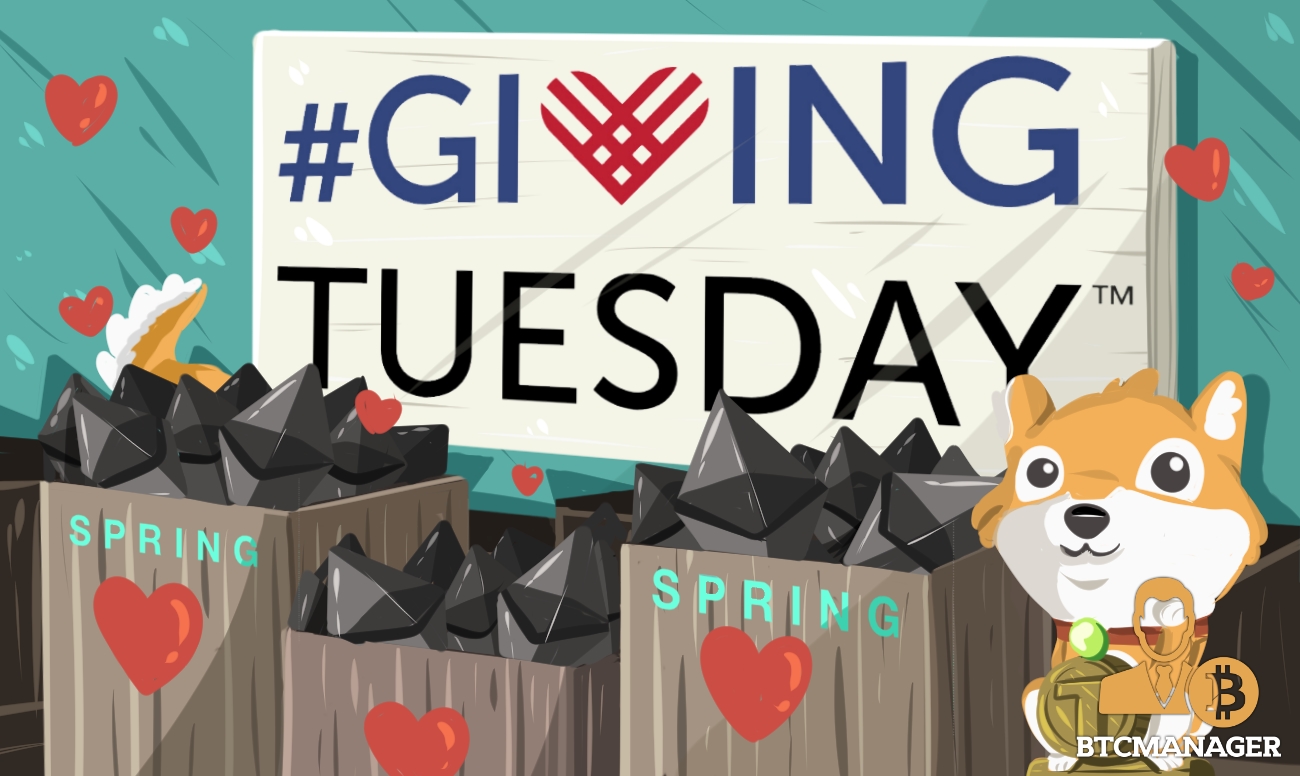 #GivingTuesday was founded in 2012 in partnership with the United Nations Foundation to celebrate the power of donating. It is marked on the following Tuesday of Thanksgiving, Black Friday and Cyber Monday in the U.S. commencing the charitable season when people start to focus on holidays and year-end donations.

While this movement has rejoicing philanthropy since 2012, this would be the first time Ethereum hodlers could participate in the same by donating Ethereum for philanthropy using the WeTrust Spring platform.

Having a reliable and frictionless blockchain platform under its belt already, WeTrust saw an opportunity in reinventing the donation system and introduced WeTrust Spring in August 2018 with a vision of creating a newer and better way donating using blockchain.

Understanding the growing importance of #GivingTuesday movement and the launching of its Spring platform, WeTrust has announced that it will be matching 50 percent of all donations made via Ethereum to an organization up to $100,000 in ether-equivalent funds.

To take advantage of this movement and to maximize their donation impacts, the crypto donors would currently have access to 17 organizations associated to the WeTrust Spring platform that range from groups and institutions that work with asylum seekers, for creating an open library, providing quality education to the ones that preserve rainforests.

“We’re really excited to help the crypto community connect with nonprofit organizations – that’s why we decided a donation-matching incentive is in order…The explosion of cryptocurrency has resulted in rapid growth in crypto donations, and one of the untold stories about the crypto community is that we want to help catalyze positive change. It’s an honor to help our partner organizations continue doing the amazing work they already do.”

WeTrust’s Spring platform, not only helps in matching crypto donations to non-profit organizations and groups who are willing to take donations in Ethereum but also helps in automation of the reporting function for donations by treating the donation in Ethereum like “in-kind” stock donations for taxes.

Like most of the centralized financial systems, various research has shown that the current donation system is flawed too and needs reinvention. With various abnormalities being noticed in the functioning of charities and non-profit groups, the trust in them is at all time low.

Also, many people find it difficult to get any clarity of whether their donation was used for the right cause or not. The United States alone has over 1.5 million registered non-profit organizations making it even more difficult for donors to choose the one they trust the most.

With the advent of cryptocurrencies, a lot of donors and even charitable trust believe that they have found an answer to address the problem of the current donation system. Hence a lot of organization are adopting to blockchain based models.

According to the last published report released by Fidelity Charitable donors had contributed nearly US$70 million in BTC and other cryptocurrencies to the causes they believe in through the organization. This was a whopping 10x rise compared to the donations in 2017.

Cryptocurrencies and blockchains are a better way for donation as the donor now can donate beyond his sovereign borders and also can track how his contributions being used bringing transparency to the whole process. With the adoption of cryptocurrency increasing, one would find a lot more organization embracing the blockchain-based donation model.

What is your take on donations via cryptocurrencies? Do let your comments in the comments section