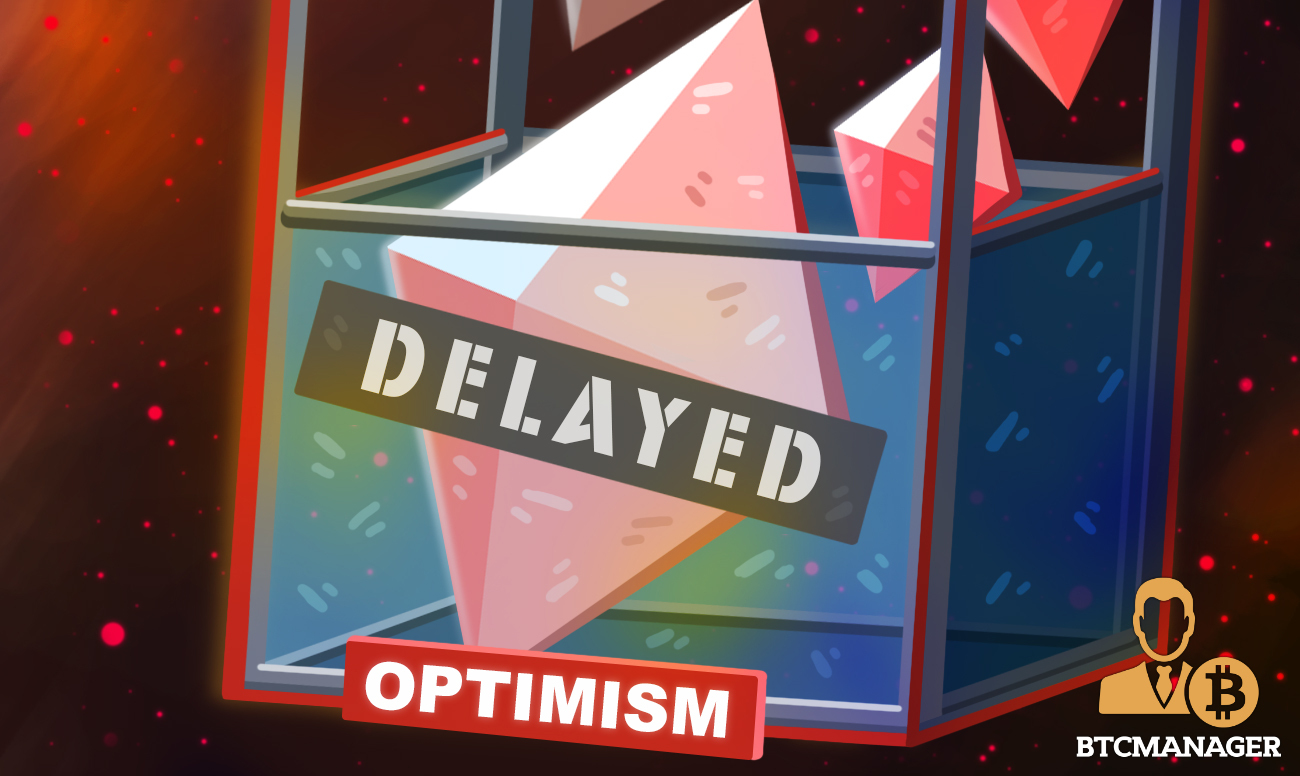 The Optimism team has announced that its mainnet launch will no longer take place this month as earlier scheduled, but a July take-off may be possible. The team says the change is in a bid to give its ecosystem partners, projects, wallets and others more time to integrate, audit and test the Ethereum Layer-2 scaling solution, according to a blog post on March 25, 2021.

Optimism., an Ethereum Layer-2 scaling solution that leverages optimistic rollups to bring lower fees, latency and higher throughput to the Ethereum network, has postponed its mainnet launch, in a bid to give its ecosystem partners and Ethereum-based projects more time to prepare for the change.

It’s no news that the exponential growth of the Ethereum ecosystem in the last few years has also sent gas fees to the moon, as decentralized applications (dApps) on the network, as well as regular users, scamper to get their transactions confirmed in the ever-congested network.

While Vitalik Buterin and members of the Ethereum development community are working hard to address the scalability and skyrocketing gas fee challenges of the world’s leading smart contracts blockchain, impatient projects have, however, started looking for alternatives, further compounding the woes of the computing platform.

Against that backdrop, the Optimism team tried to fast track the mainnet launch but has now decided to take things more slowly, in order to carry everyone along, leave no loopholes for copycats and ensure everything works out as smoothly as possible.

“Since the initial announcement, we’ve received an enormous amount of feedback from the community. The expedited timeline took most projects by surprise and we did not give ample notice for our community to prepare for launch. We were overeager to give everyone the speed & cost savings that Synthetix users have been enjoying. In our excitement, we only considered our own needs and failed to look at our partners’ timelines and requirements.”

That said, the team now estimates that the mainnet could go live later in July this year, as that would afford foundational projects, infrastructure providers, block explorers, wallets, and token bridges more time to move with the flow.

Optimism says its community growth has been nothing short of incredible so far and it plans to maintain that momentum by opening its testnet to hackers on April 20, 2021, for the Scaling Ethereum Hackathon and it will continue to integrate whitelisted projects to enable them to hit the ground running and start solving gas fee issues even before the official mainnet launch.