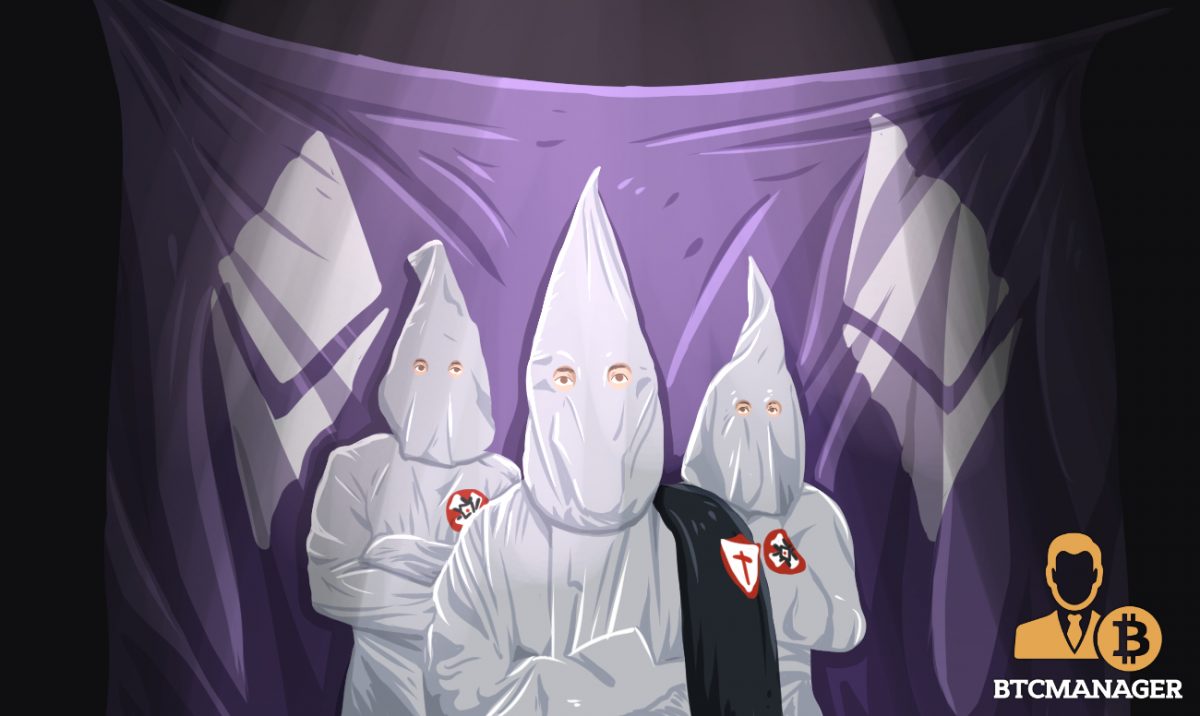 Neo-Nazi and racist groups are ramping up their use of cryptocurrencies for transactions. For these outliers of society, bitcoin has been the go-to currency for a long time now. But that is soon set to change with their rapid adoption of blockchain-based ERC20 tokens instead.

White supremacists have also taken it upon themselves to create new digital tokens that often have derogatory and racist names. Waves delisted the coin in question here, but some of these tokens rely on the Ethereum blockchain. In response, Vinay Gupta, launch co-coordinator for the currency, condemned their actions on several occasions.

In response to his comments, The Daily Stormer, an infamous neo-Nazi website accused him of censorship and made several unfounded accusations towards other Ethereum pioneers.

In the past, Andrew Aurenheimer, CTO of The Daily Stormer, has gone as far as claiming that Jews have too much influence in the blockchain industry. Similar claims about alleged Jewish involvement in Bitcoin can be found throughout the internet.

In October, MyEtherWallet.com grabbed headlines following a tweet that indicated the percentage of women using the website. Social justice groups were quick to act upon this information, while on the other end of the spectrum, some men criticized the tweet for being too feminist.

Social Issues in the Cryptocurrency Market

A range of social issues plagues the cryptocurrency market. The popularity of Ethereum is not limited to a small tangent of racist and neo-Nazi groups though. Over the years, cryptocurrencies have taken a lot of flak for being associated with criminal activity, with bitcoin being the worst offender in this regard.

Given that digital currencies, in general, thrive on concepts of anonymity and decentralization, dubious actors have begun showing interest in them. Bitcoin’s rising popularity among criminals has not gone unnoticed by the world at large either. Cryptocurrency critics, most notably the CEO of JP Morgan, often bring this point up.

In 2013, Silk Road, an online drug marketplace, was shut down by the FBI and a whopping 144,000 bitcoins were seized in subsequent raids. The incident was and still is, the most significant affiliation of organized crime within the cryptocurrency market.

On the other hand, the lack of control over cryptocurrency use can have positive effects too. Digital currencies can provide respite to countries where existing economies have collapsed. Investors from Zimbabwe, a country that has been experiencing economic turmoil and hyperinflation since 2009, have recently turned to bitcoin instead.

Ethereum is seeing a creeping number of white supremacist and racist groups taking an interest in it. However, it is extremely doubtful that the core community will deviate from the currency’s principles of anti-censorship and right to exist. The Ethereum platform was introduced as one that would not back down from diversity.

While the actions of these groups may be considered appalling by most people, they are undeniably one of the target audiences to which appeal cryptocurrencies. Despite organized crime and racism affecting public perception of the cryptocurrency market, it is unlikely that the industry will suffer significant negative repercussions. After all, the technology has been specifically designed to be agnostic of its use and there is a clear demarcation between promoting free speech and the act of preventing the use of technology that carries malicious intent.