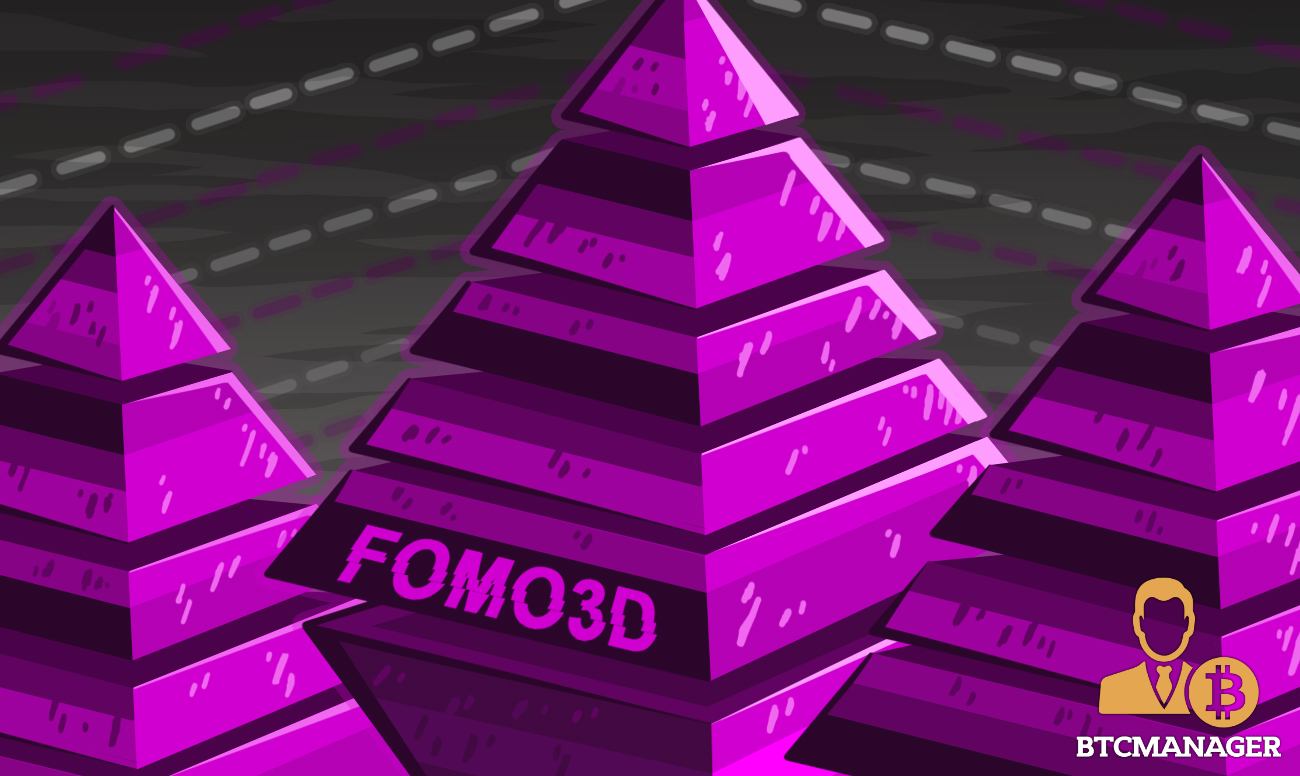 FOMO 3D or (fear of Missing Out 3D) is a blockchain-based game that was launched in July 2018. The game is straightforward: A user needs to buy keys using the ether token, hold them and earn profits on them. The game is played by four teams which are named: Snek, Bull, Bear, Whale. All the teams have their own characteristics which are explained later in the guide.

What Is a Key?

A key is a unit through which a player can stand a chance to play the game, and in the long run, win a significant amount of Ethereum. The game is set to a countdown timer. When a person purchases a key, the ongoing round’s time is extended by 30 seconds.

The number of keys a person holds, the more is his/her chance of winning profits. The keys can be bought by ether, which then goes to the Active Pot.

If a user is the last person to purchase a key, when a game’s round ends, he/she gets a chance to earn 48 percent (the lion’s share) of the total ether amount in the Active Pot. The Active Pot is the metaphorical carrot containing that is dangling in front of the players, which pushes the players to spend more time on the game.

Although in layman’s terms it can be called a ‘gamble,’ it is more than that. FOMO3D is a lottery game played on the Ethereum blockchain and leverages smart contract. This means that it cannot be immutable or changed by anyone.

For instance, if a user buys a certain number of FOMO3D keys, they send the corresponding number of ether to the smart contract. The smart contract will then execute the code, to further send the keys to the buyer. In layman terms: If a person were to purchase candy at the vending machine, the person would need to pay the vending machine by inserting a pence and the machine will give up a candy worth $0.99.

How to Play the Game?

The “Fast” Version and the “Long” Version

During the play round, a timer is constantly counting down to zero. Each time a key is purchased, the buyer becomes the owner or holder of the private keys and simultaneously adds more time to the countdown. As the game progresses and more keys are bought, the price of the keys begins to spike. When the timer touches zero, the last buyer to have bought a key is declared the winner.

At the end of the round, the ETH is divided up: the winner is entitled to receive half of the total active pot, while the remaining is divided between the F3D players as well as the P3D players. (Note: F3D stands for FOMO3D and P3D stands for PoWH3D which is explained here.)

In the “longer” version, the game has a 1 hour grace period during which transactions will take place. This period will also disable people from purchasing more keys and will give them time to be ready for the next round.

The ether divided between the teams will depend on which team, the winner was representing. Whatever amount is remaining, after division, will be carried into the next round.

Barring a few differences, the Long and the Short versions share the same rules:

What Are the Teams That a Player Can Associate Themselves With?

Is It Too Late for Me to Join the Game?

No! The FOMO3D Long game has been designed in such a way that it may last for days, weeks, months or even years. Even if a player has joined in after two months, the game start, they still stand a chance to purchase the keys (which may still be affordable, at the time of writing this article).

Although the game is relatively simple, it is best if a prospective player were to do their research and watch video tutorials before attempting to join a round.