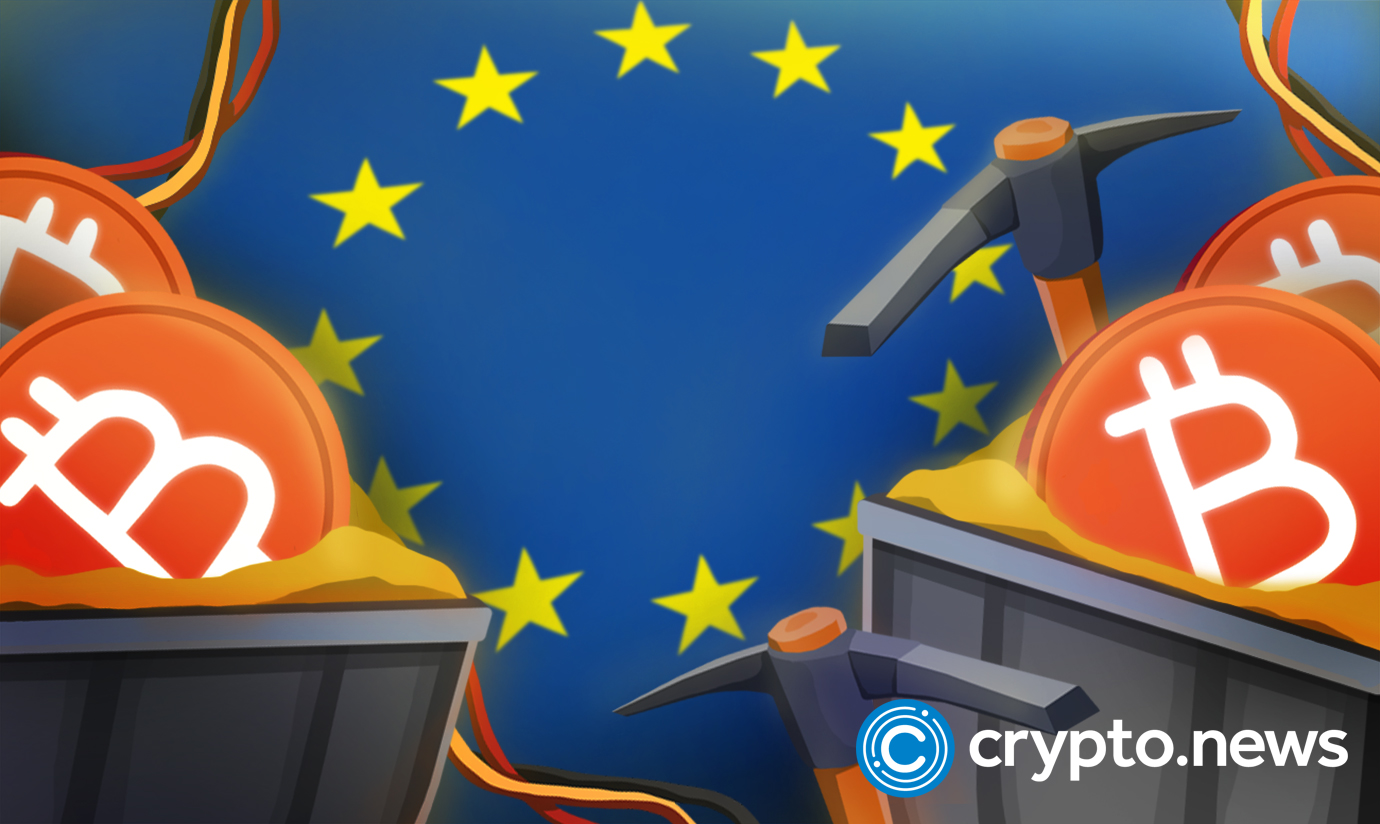 Another leaked draft of the MiCA legislation suggests that the responsible committee has scrapped the PoW cryptos ban. A local German source reported that the committee had been forced to remove the ban proposals following a backlash from the industry.

On Feb. 26, 2022, crypto.news reported that the EU parliament had suspended a vote on the MiCA legislation indefinitely. The report also detailed that ECB president Christine Lagarde was pushing for quick action on the bill citing the geopolitical turmoil on the continent. A German media company reported that the EU parliamentary committee responsible for the legislation had scrapped the proposed PoW ban.

The MiCA legislation seeks to regulate cryptos among the EU members by enhancing investors’ safety. However, it also focuses on other ‘important’ issues like the climatic effects of the technology. PoW cryptocurrencies use algorithms that require some nodes to verify transactions by solving some equations (mining).

Mining the coins is associated with the release of significantly high amounts of carbon emissions that could affect the environment. Some coins that use PoW mechanisms include bitcoin (BTC) and Ethereum (ETH). Since people predominantly use these coins, a recent proposal to the EU parliament to ban them caused an uproar that resulted in suspending the vote indefinitely.

Now, the MiCA legislation is set to continue with the legal process of voting in the EU parliament but without the proposals on the ban.

Crypto regulation in Europe is still a legal grey area within the European Union even though member nations have individual laws. For Instance, Swiss banks are trading cryptocurrencies freely, while the UK has only asked crypto traders to abide by KYC-AML regulations for now.

Last August, France Asset Manager Melanion Capital also won regulatory approval to run a BTC ETF for EU investors. The Paris-based firm now tracks upto 30 stocks with a 90% correlation to BTC’s price. This step shows that the EU only targets safe assets to enter the market but not to ban all of them.

As the unregulated nature of cryptos trading in the area is still in place, confusion is growing, considering it is becoming more challenging for financial watchdogs to control financial fouls. However, that is about to change as the incoming MiCA legislation will update all rules among member nations uniformly.

Last Wednesday, ECB president Christine Lagarde called out lawmakers to make haste with the MiCA legislation to assist member nations’ governments. She spoke on the issue to the press shortly after the EU parliament delayed the vote. According to her, the legislation must control the illicit and unsupervised flow of money through cryptocurrency.

She explained that such technology would undermine the world leaders’ efforts to control the ongoing Russian invasion of Ukraine through sanctions. Therefore, it is best for the continent to have uniform crypto rules to improve its governance and deal with bad players.