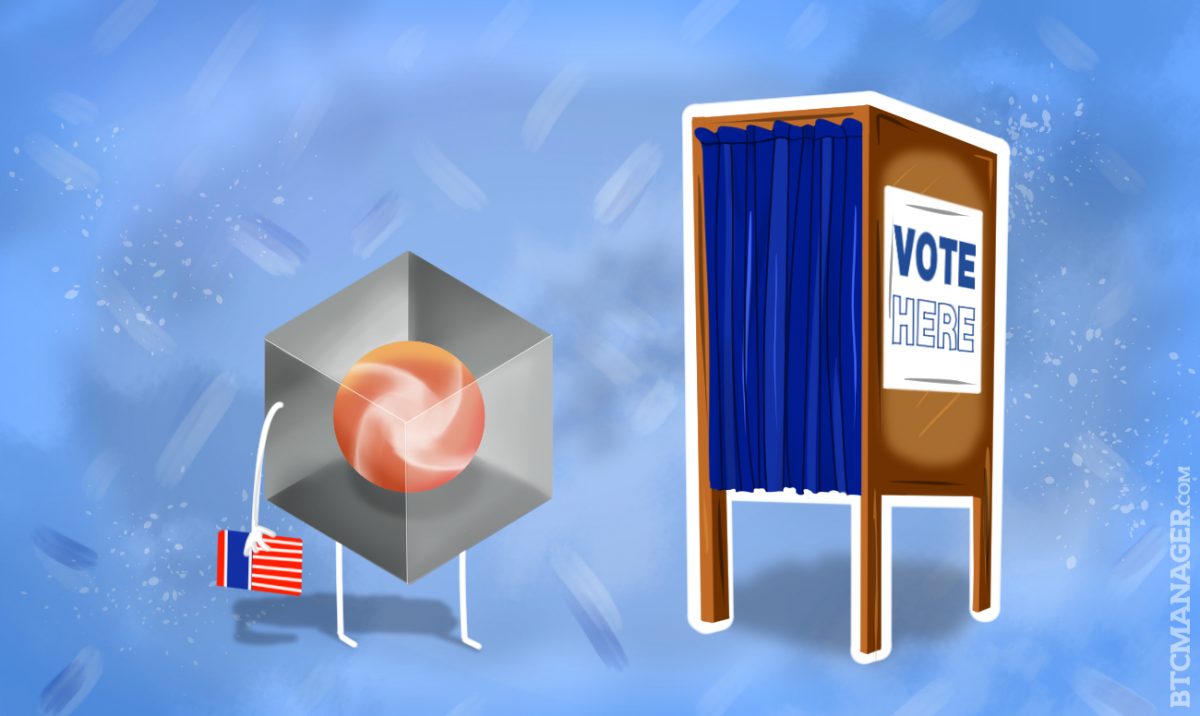 With the 2016 US election soon approaching, Expanse could not have found a better time to announce the launch of their decentralized app (dApp). Revealed November 1, the trial will put to test a blockchain-based voting system for presidential candidates.

The dApp is a pilot, demonstrating how voting can take place on Expanse’s blockchain platform. However, this application has no identity system linked to it just yet. In comparison to the traditional voting methods we use today, Expanse’s dApp can reveal how simple, easy, and secure it is to vote by using the blockchain in the near future.

Expanse (EXP) is a cryptocurrency originated from Ethereum, pre-empting many of the changes that were to come and recommended by industry leaders to Ethereum. The team consists of cryptocurrency experts and with their years of experience in this field, are equipped to deal with various challenges that may lie ahead in implementing future elections on the blockchain.

The current voting methods involve people that count and recount votes, which in turn lead to inaccuracies in the results. Using outdated methods and machines leaves more scope for the elections to be rigged and for cheating to take place. Although there is a widely held view that the current system of voting does not lead to inaccuracies, doubts will remain and using the Expanse’s dApp will potentially remove this uncertainty, thereby introducing clarity in the voting system.

Expanse’s technological innovation introduces a borderless voting system, by providing voters all around the world a way to record their votes on an immutable blockchain. With such a system, everybody can vote easily and would be entitled to one vote, however, if there were to arise a situation where cheating took place, this too will be recorded and can be monitored and removed out of the system. The Expanse creators suggest that their system is superior to any existing centralized voting system.

Everybody around the world will be able to vote in the US presidential elections by using the Expanse’s dApp, it is important to note that the results of the poll will have no impact on the actual elections. That being said, you can trial this dApp as it is easy, safe, has no risks, and is completely anonymous. Anonymity and true identity features will be available in the future versions.

If this new and exciting technological innovation fostered by Expanse sounds intriguing to you, why not try it out for yourself and vote for the next president. Also, you can see the voting application in action here.