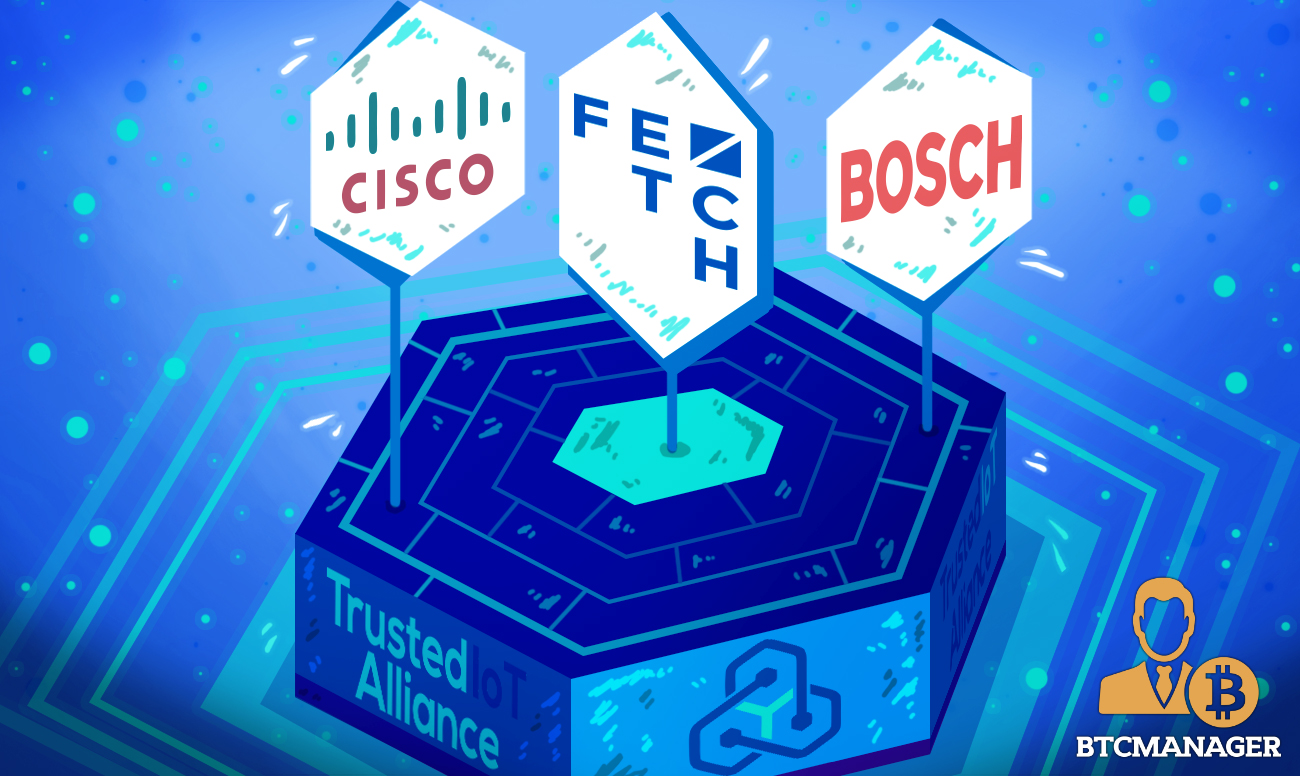 The distributed ledger and artificial intelligence startup Fetch.AI announced their induction into the Trusted IoT Alliance via a press release shared with BTCManager on February 7, 2019.

The community will work together to better grasp how large corporations such as Bosch, T-Labs, and Cisco can leverage an autonomous Internet of Things (IoT) to support an “economic internet.” Larger firms eager to build solutions generated from a trillion connected devices are actively turning to artificial intelligence to effectively manage all the data.

A More Intelligent Internet of Things

Fetch.AI’s induction to the Trusted IoT Alliance cements both the blockchain startup and the foundation’s desire to marry distributed ledger technologies with the growing IoT market. Not only that, but the AI proposed by Fetch.AI would also give economic agency to the network of connected machines.

CTO of Fetch.AI, Toby Simpson, told BTCmanager that their protocol would sit underneath IoT hardware and is an “economic internet” that would imbue a degree of autonomy between any internet-connected device. To secure such a network of devices, Simpson said:

“It has its own unique blockchain that provides the performance and on-ledger computing required to operate such a large-scale decentralized network. This on-ledger computing puts the smart in smart contracts: enabling AI, including ML, to be usefully done and shared amongst network users in something we call ‘synergetic computing.’”

Synergetic smart contracts allow the decentralization of an automated agreement between multiple parties. In a related Medium post, the Fetch.AI team used the dispatching system from Uber as an example. With multiple devices and a centralized server, matching drivers with clients as well as coordinating between drivers become an isolated and highly-inefficient process. To resolve this, synergetic computing and a blockchain would provide an economic incentive for all drivers and clients to find the best solution for each party.

Replace the reward for mining a cryptocurrency, like bitcoin, with a token earned for optimally coordinating, and herein lies Fetch.AI’s thesis.

To complete the metaphor, switch Uber with the global mesh of IoT machines and the startup’s proposition takes on a much greater scale. On linking incompatible phones, thermostats, security systems, or vending machines, Simpson explained that the Fetch ecosystem allows all of these devices to “come to life” and interact with each other.

In the same way that Fetch.AI hopes to connect isolated parts of the IoT network, the Trusted IoT Alliance is looking to build bridges between incoming technology startups and established corporations. The executive board is made up of individuals from Bosch, Cisco, Gemalto, and Chronicled. The enterprise-facing consortium is attempting to enhance industries such as logistics, aviation, agriculture and much more.

On the specific advantages for Fetch.Ai, the Trusted IoT Alliance allows for open discourse between IoT providers, manufacturers, and DLT startups to ideate on how to better serve the above-mentioned industries. While he didn’t outline the specifics, Simpson did say that Fetch.AI was already in discussion “with a number of the large technology and manufacturing firms in the Alliance” to work through collaborative proof of concepts.

The future of the convergent markets looks to be more interconnected than previously anticipated. As everything from home appliances to smartphones absorbs and reacts to oceans of data, the need for an AI-entity becomes critical. Sorting through this data is only the first step, however. Unleashing the potential of the quantity of information and allowing that information to pass freely between devices will usher in a new era of the digital economy.