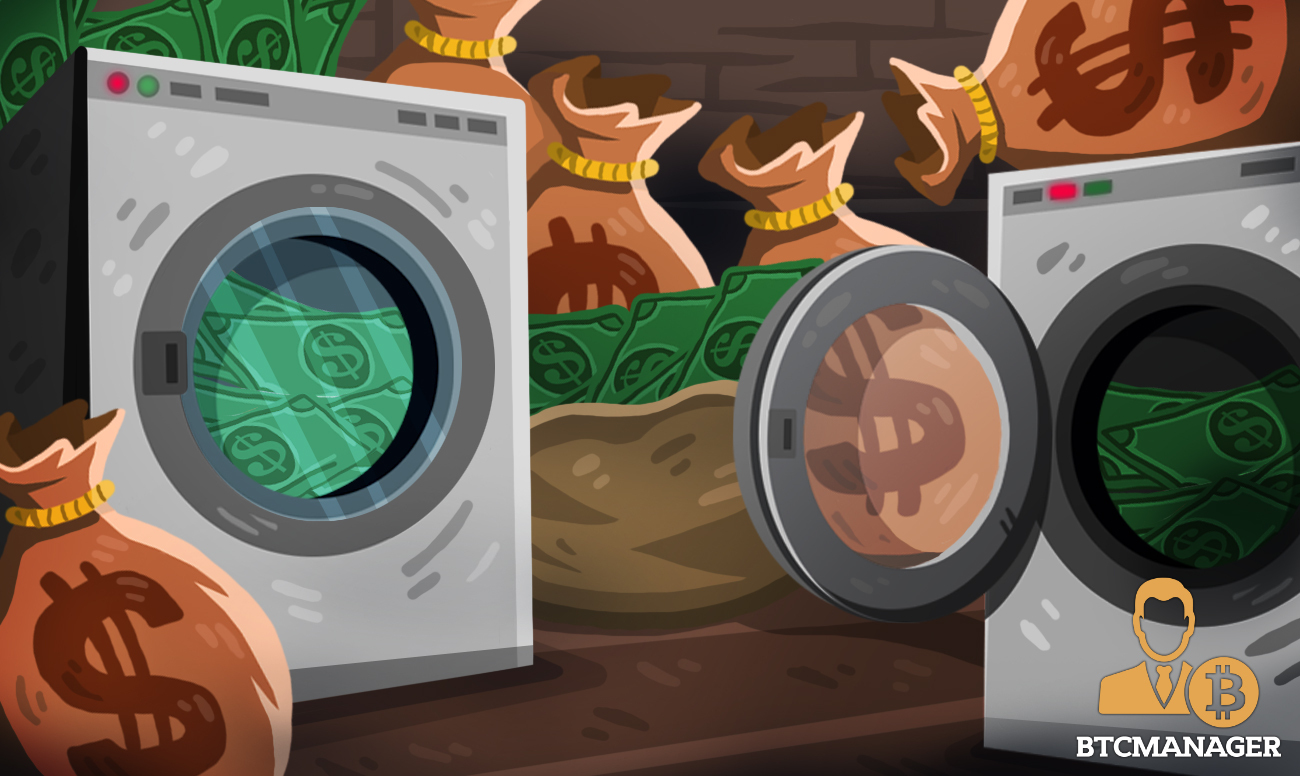 Crypto, including Bitcoin and Monero, have had some bad rap over the years for their alleged use as vehicles proliferating illegal activities like money laundering– A Big Fat Lie.

From the onset–and perhaps because of the misunderstanding of the technology powering Bitcoin and the nature of BTC transactions, bad actors jumped in hoping to move their ill-gotten proceeds but to their unexpected bad ending.

Over the years, millions worth of BTC have been confiscated by law enforcement and auctioned, making some of the greatest personalities in Bitcoin (read Tim Draper) billionaires.

However, much can’t be said about banks. Surprisingly, even with the opaque nature of operations, the mainstream media continues with their misinformation campaign. They are deliberately excising hard facts in a desperate attempt to cover banks who are the main culprits.

With no single entity in control and third parties helpfully able to analyze all coin movements—and therefore critical financial information, they can analyze huge sets of data and even crack the identities of transactors since, by default, all BTC transactions, due to cryptography, are pseudonymous.

Cryptocurrency exchanges, classified as financial service providers, have made it even incredibly hard for users—its clients, to launder money in any form.

Compliance via Know-Your-Customer (KYC) and Anti-Money Laundering (AML) rules help regulators to get behind the wall of anonymity and pseudonymity of crypto transactions. Therefore, it is a bad idea for bad elements to abuse this new financial tool.

That’s not all; third-party blockchain analytics firms–contracted by law enforcement or exchanges whenever there are exchange hacks, have grown in sophistication over the years.

For instance, Chainalysis has a contract with the United States Internal Revenue Service (IRS). They claim to have the required technology to unlock the anonymity cloak of Monero transactions.

However, as BTCManager reports, that task is by several magnitudes complex as per the developer’s admission directly involved in that project.

“Hacking” as an Excuse is a Tired Narrative

Often, critics of crypto and Bitcoin shouts from the rooftops that the number of crypto hacks, most of the time citing Mark Karpelès and the events around Mt Gox, serve as a lesson.

But, cutting some slack out of Bitcoin and early exchange facilitators, the technology had only been around for less than five years. While 850k BTCs were stolen, Justice has been served. Already, there are plans for recourse in Japan.

Besides, one suspect, Alexander Vinnik, was arrested in 2017 while vacationing in Greece for receiving roughly 85k BTC traced back to Mt Gox. There are other hacks like CoinCheck, Zaif, Binance, and more.

The good news is, the number of hacks has been reducing over the years. Additionally, there are ingenious safety nets like Binance’s SAFU and other elaborate insurance measures employed by institutional crypto custodians to protect funds in unwanted eventualities.

That cannot be said for banks who are arguably master money launderers using Fiat.

They also seem to be getting away every time, judging from multi-billion dollars in fines paid as settlement.

Affected banks include J.P. Morgan, Citi, and Wells Fargo, to name a few. Here is the interesting bit: their behavior has deteriorated in the years after the Great Financial Crisis (GFC), according to Better Markets, an advocacy group based in Washington.

Settled for multi-billion dollars, these cases range from bribery, money laundering, and the massive fraud of Mortgage-Backed Securities (MBS) that was almost catastrophic for banks but birthed Bitcoin.

But, here’s the bad news: Recidivism is shockingly high. Worse, these global banks—being too big to fail, are often bailed out using taxpayers’ money—even after their misdeeds of money laundering and other criminal conducts like feed terror networks. According to Better Markets, if global banks were put to a higher standard, they would all be taken out of markets.

Even still, in a world of grey, as Changpeng Zhao of Binance puts it, crypto companies—mainly exchanges, consistently maintain high standards in the spirit of blockchain’s transparency.

They also integrate technology and artificial technology for monitoring purposes while remaining compliant with existing laws to prevent criminal activities.