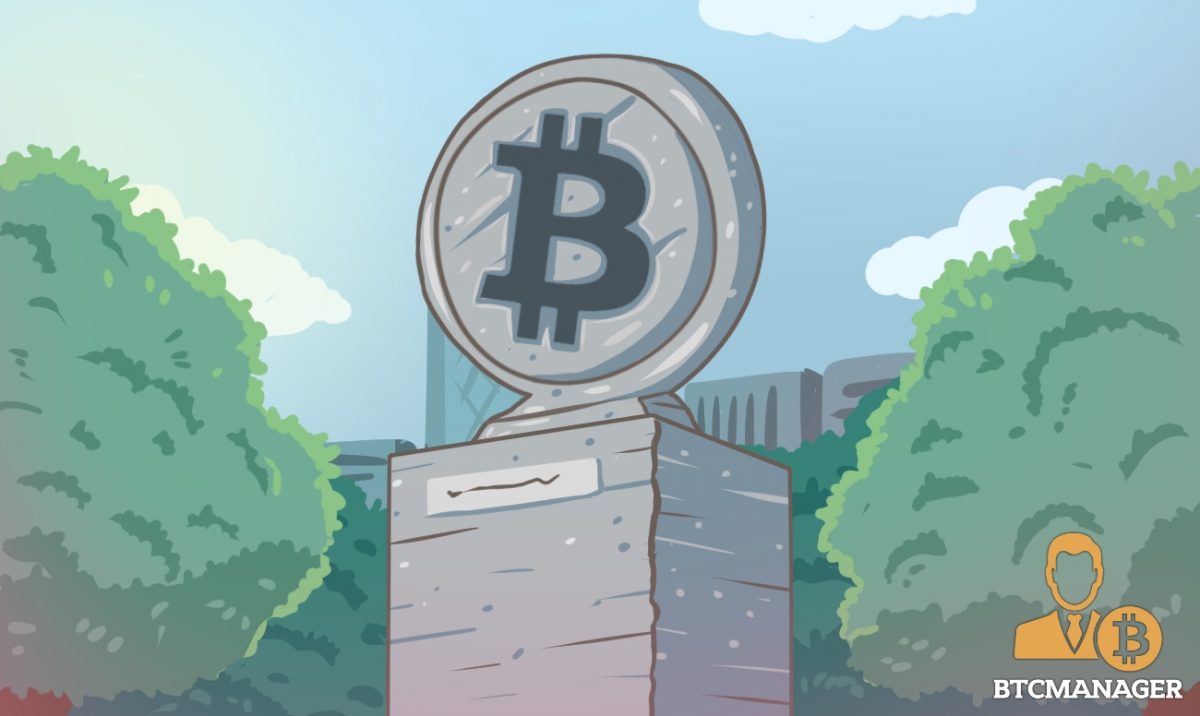 While the emergence of Bitcoin might not have the same historical pedigree as events like civil wars, national independence, or other landmark events, bitcoin and the blockchain has joined the ranks of things to have monuments constructed to commemorate them.

Monuments have always been an integral part of the preservation of important figures and events. All throughout history, man has always felt the need to erect structures that embody defining moments of human civilizations. From statues of religious figures to monumental architectural structures and the occasional abstract creations, the world is dotted with culturally and historically significant monuments.

The Medieval city of Kranj, the fourth largest municipality in Slovenia is set to become the first city in the world to have a bitcoin monument. The project is the brainchild of the city administration in conjunction with 3fs and Bitstamp. The commissioning ceremony for the monument is expected to take place on Tuesday, March 13, 2018, by 3 pm local time. The dignitaries who are expected to commission the bitcoin monument are the Mayor of the city, Boštjan Trilar, the Secretary to the Slovenian Government, Tadej Slapnik, and the President of the Slovenian Bitcoin Association, Jure Pirc.

A Few Details About the Monument

The bitcoin statue is located at Staneta Zagarja Street, at the roundabout that connects Oldhamska and Gregorčičeva. The placement of the statue in a roundabout is meant to symbolize the decentralized nature of bitcoin and the blockchain. It also embodies the ability of bitcoin and blockchain technology to create better connectivity. A roundabout offers access to multiple points, something that is a defining philosophy of the blockchain movement. The choice of the roundabout on Staneta Zagarja street was due in part to the fact that it isn’t a central location and this adds to the message of decentralization that the monument is supposed to embody.

The actual monument is made of a rustic looking metallic material and consists of the bitcoin currency symbol inside an inclined metallic ring. The statue is supposed to position Kranj and a city that embraces openness and progressive thinking. Slovenia as a country considers itself to be strongly pro-crypto. The country is a tax haven for cryptocurrency and blockchain companies and as such, has been attracting investment for a number of years. Investors have even been known to call Slovenia the ‘Silicon Valley of Europe.’

While this is reportedly the world’s first ever bitcoin monument, there have been a number of cryptocurrency-themed artworks that have been created within the last few years. Perhaps one of the most iconic crypto-themed artworks is “the last bitcoin supper” painted by French visual artist Youl. The painting depicts a reimagining of Leonardo Da Vinci’s famous Last Supper fresco using bitcoin themes like QR codes and laptops.

At the center of the frame is the mysterious figure of Satoshi Nakamoto, the unknown creator of bitcoin. Many other cryptocurrency-themed artworks revolve around artistic representations of notable figures like Satoshi or important elements like wallets, and the distributed ledger.