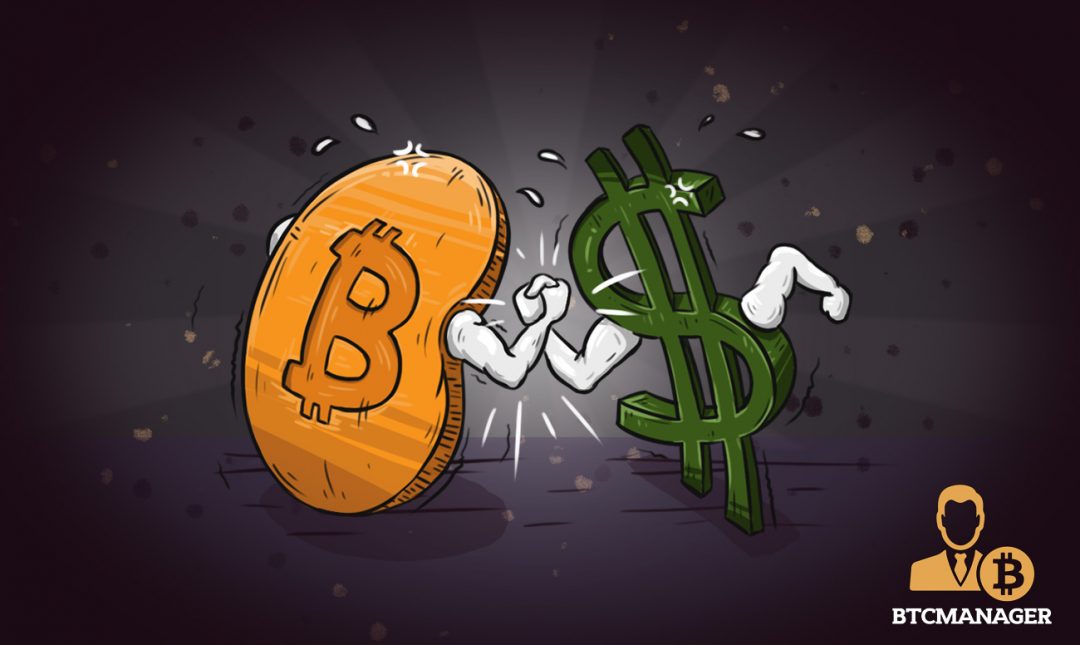 The report was the firm’s first exploration of bitcoin’s possible use as a currency and was written primarily by analysts Zach Pandl and Charles Himmelberg for the clients of the company.

In the report, the analysts detailed how bitcoin could prove to be useful in countries like Zimbabwe and the Democratic Republic of Congo, where foreign currency is used almost exclusively for deposits and loans following public mistrust in the country’s economy. A lot of countries in the African region face a similar plight and suffer high inflation rates and demonetizations as a result. Zach Pandl noted that that,

“In recent decades the U.S. dollar has served its purpose relatively well. In those countries and corners of the financial system where the traditional services of money are inadequately supplied, Bitcoin (and cryptocurrencies more generally) may offer viable alternatives.”

Backing up this statement is perhaps the fact that Zimbabwe already turned to bitcoin in 2017 as an alternative to its currency.

Bitcoin and its price have been a very polarizing topic even outside the conventional finance sphere. While on the one hand, some believe that the sudden surge in the cryptocurrency’s popularity is nothing but a bubble, others claim that it may very well be an indicator of mass adoption. In September 2017, Jamie Dimon, the CEO of JP Morgan Chase, publicly criticized bitcoin and called it a “fraud.” It was only a few days before the Goldman Sachs report, however, that he softened his stance on the subject during an interview with FOX Business.

The report released by Goldman Sachs is in almost stark contrast to the overwhelming number of negative press surrounding bitcoin and the entire cryptocurrency ecosystem. Even before bitcoin’s role in purchasing drugs and other illicit items on the dark web became public in 2013, people claimed that an anonymous digital currency would only be used to facilitate crime and misconduct.

Since bitcoin’s release in 2009, the cryptocurrency market has always been rife with criticism and pessimism from the mainstream financial industry as well. In recent times though, especially after the announcement of bitcoin futures by CME Group in November 2017, it has been gaining more momentum and legitimacy as compared to traditional investment instruments.

Given that bitcoin’s popularity among the masses does not seem to be slowing down in any appreciable way, it is likely that many long-standing skeptics of digital currencies will begin studying their implications. While the Goldman Sachs report specifically discussed bitcoin, similar points can be made about other major cryptocurrencies as well. As of right now though, an increase in the legitimacy of bitcoin stands to benefit other digital currencies as well.

However, the Goldman Sachs report made one thing entirely certain.

If bitcoin is to be used and traded as a currency and not a commodity, its price needs to find stability. Historically, however, this has not been the case, especially if you consider that in the past year alone, the price of bitcoin appreciated by a whole order of magnitude. The report calls for a different reality, stating that,

“digital currencies should be thought of as low/zero return or hedge-like assets, akin to gold.”