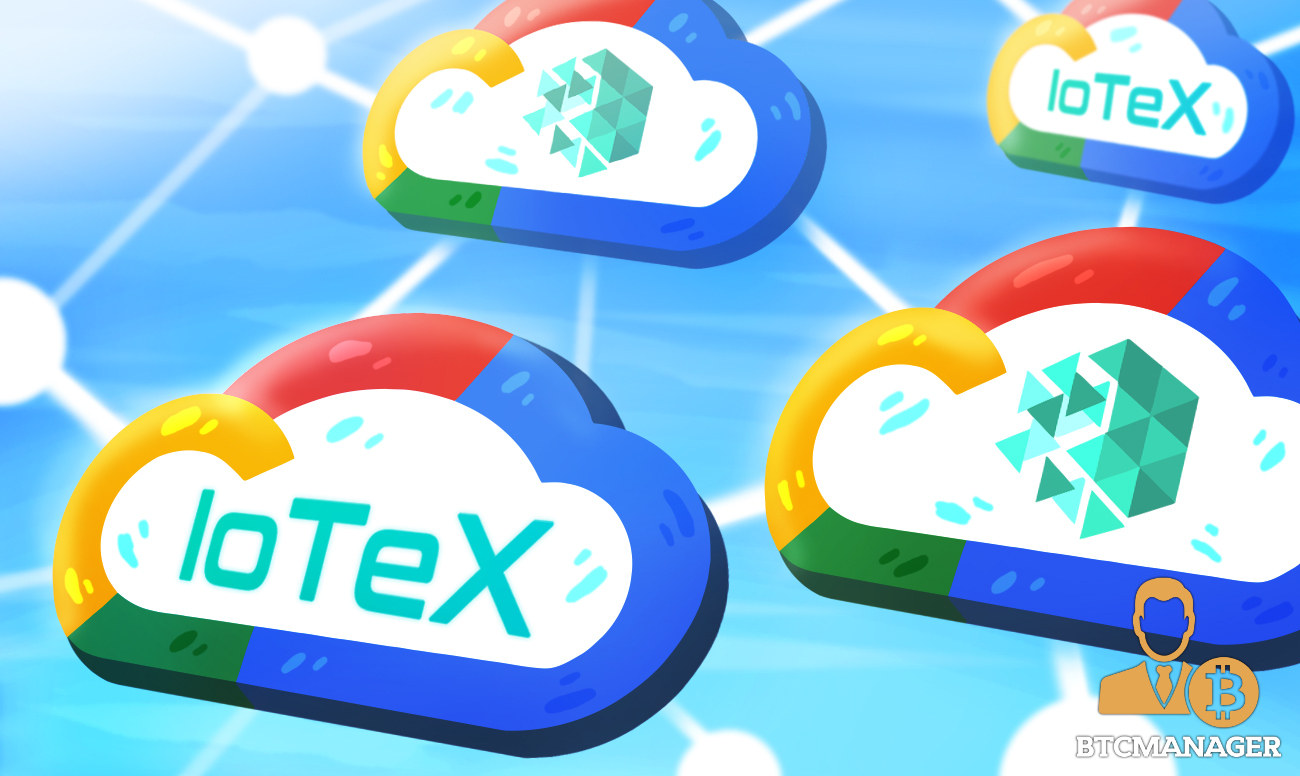 IoTeX, an open ecosystem connecting the Internet of Trusted Things, has completed its integration with Google’s BigQuery, an update on Dec 18 shows.

The integration now makes it possible for Google Cloud developers to access, extract, de-normalize, and draw insights from IoTeX data. Google Cloud will, in real-time, update, and make available IoTeX data to users who may need them to solve a real-world problem.

The idea behind IoTeX is to democratize the availability of blockchain data and ensure the generation of verifiable data. These can be consequently used in sensitive operations by end-users.

With this integration, high quality, private, and verifiable data will be accessible to the broader technology industry, according to Raullen Chai. He is the co-founder of IoTeX, and a former Google Tech lead.

“Google Cloud has an incredible reach and depth of connections. We are thrilled to have the opportunity to make verifiable data from the IoTeX Network available to the broader technology industry.”

IoTeX’s objective is to connect the physical world “block by block.” Its team comprises leaders from the tech world. They are combining the blockchain, secure hardware, and confidential computing to power the next generation of IoT devices, economies, and networks.

BigQuery is a cloud-based and enterprise data warehouse enabling users to query data using the standard SQL syntax. As a serverless data warehouse, it means IoTeX will store their data cheaply and scale rapidly.

Additionally, there is the speed of searching through data sets since they are available in one place. This way, should there be a need, they can be retrieved for faster insights and results.

IoTeX now joins this elite rank. Their trusted data—including smart contracts activity, Gas, DID, and device data, will now be accessible to developers for exploration.