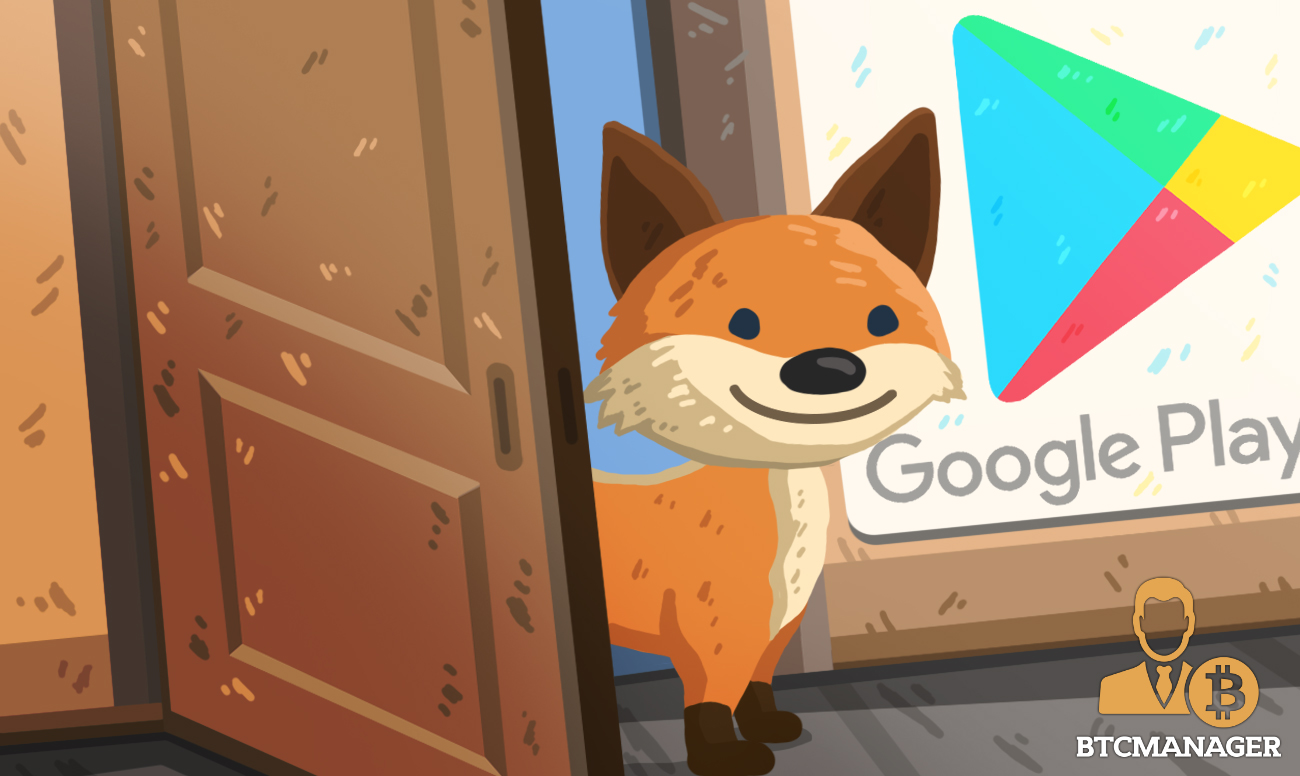 Ethereum wallet platform MetaMask is now back on Play Store after Google reversed its earlier decision to suspend the app from its Android store. The move marks another 180 for Google as the tech company seemingly continues to blunder its way through administering crypto-related services.

MetaMask Back on Google Play Store

Tweeting on New Year’s Day, MetaMask announced that Google rolled back its earlier decision to ban the mobile wallet app from Play Store. An excerpt from the tweet reads:

“Happy New Year! Upon careful consideration, Google has permitted The MetaMask mobile app back on the Google Play (Android) store! Thanks to all the believers in an open web for speaking out in our support!”

Happy New Year! Upon careful consideration, Google has permitted The MetaMask mobile app back on the Google Play (Android) store! Thanks to all the believers in an open web for speaking out in our support! https://t.co/Z8KOCtvHq0

The decision comes less than a week after Google pulled the mobile app from its Android store citing its policy against crypto mining on smartphones. MetaMask, a popular ERC-20 wallet, does not offer any form of crypto mining as reported by BTCManager in late 2019.

In 2018, tech companies like Google and Facebook went on a crypto ban spree with the former focusing on crypto mining apps and browser extensions. Facebook went after cryptocurrency-related advertisements with both actions drawing criticism from industry stakeholders.

Google Continues to Get it Wrong with Crypto

The reversal is the latest from Google as the tech giant appears to be struggling with administering crypto-related content. Despite banning mining apps, several phony and harmful services remain on the app store.

In late December 2019, the crypto community was in an uproar as YouTube deleted crypto-related educational content. Several publishers and creators had years of curated materials mysteriously removed from the platform.

As reported by BTCManager, YouTube would later issue an official apology stating that the deleted videos were accidentally deleted. The social media platform declared that some deleted videos did contain “harmful and dangerous content.”

However, some crypto proponents used the incident to highlight the need for more focus on creating robust decentralized and censorship-resistant alternatives to mainstream social media platforms.

Apple is also another example of a tech company limiting crypto functionality as it created a new policy to curtail decentralized applications (dApps). Coinbase is reportedly looking to remove the dApp browsing function from its wallet to comply with the new policy regime.