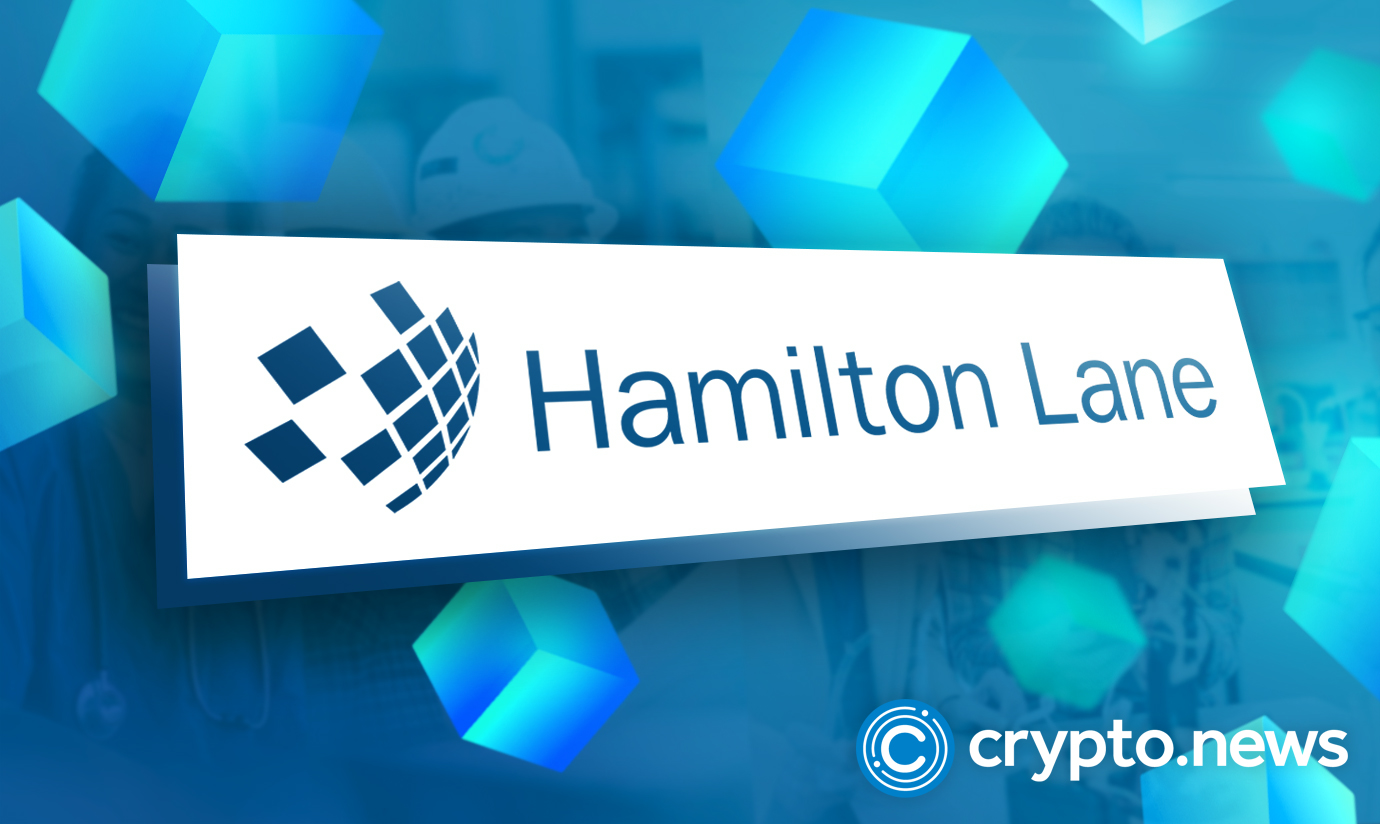 Hamilton Lane Inc., the Pennsylvania-based investment manager, has announced plans to start using blockchain technology according to reports by Bloomberg. The distributed ledger technology will enable the fund to deploy funds in tokens as a strategy to lure more investors into the fund.

The investment firm will be among the pioneers in the $1.2 trillion privatized credit market to make its funds available via tokenization technology, a method of purchasing securities in the form of digital tokens that operate similarly to shares. The tokenization method will run entirely through the blockchain network.

The Hamilton and Securitize Partnership

According to a statement issued on Wednesday, Hamilton Firm is collaborating with Securitize, a technology platform specializing in digital assets. Securitize will oversee the entire tokenization process. Hamilton’s tokenization process aims to make private markets, traditionally dominated by institutional and high-net-worth investors, more decentralized and accessible to individuals.

The Chief Executive Officer of Securitize stated that the entity was in the initial stages of a process implementation where retail and middle-sized investors could now tap into similar opportunities that were initially only available to bulk investors, such as institutions and sovereign wealth funds. The move by these two entities may be fascinating for investors.

“We are at the beginning of a process through which individual investors can access the same kinds of opportunities as university endowments or sovereign wealth funds, and that is very exciting,” said Carlos Domingo, the chief executive officer of Securitize.

Investors can access a trio of investment manager’s funds with exposure to services such as equities, credit to the private sector, and secondary investments via new tokenized feeder funds under the terms of the agreement. This is advantageous from many fronts, and especially in providing convenience, slashing on costs, and increasing fund liquidity.

Private credit has become a hot cake in recent times. The new form of credit has more than doubled over the past five years as institutional investors such as pension funds, insurance companies, sovereign wealth funds, and large corporations sought yield in an antiquity low-interest rate environment. However, many firms have debuted funds to tap into individual investors’ constituencies in the past year.

Last week, Benefit Street Partners launched a fund for individual investors focused on lending to US middle-market companies. Private-credit firms such as Oaktree Capital Management, HPS Investment Partners, and Apollo Global Management established their own business development companies earlier in the year, which are fund structures open to retail and small-scale investors.

As the Private Credit funds grow and develop, more institutions are expected to join for a piece of the cake. Hamilton Fund has, however, united in style by incorporating blockchain technology into the credit system. The fund’s adoption of the blockchain technology shows the potential of distributed ledger technology as it slowly disrupts the world’s financial systems, transforming them from a centralized operational state to decentralized operating systems.