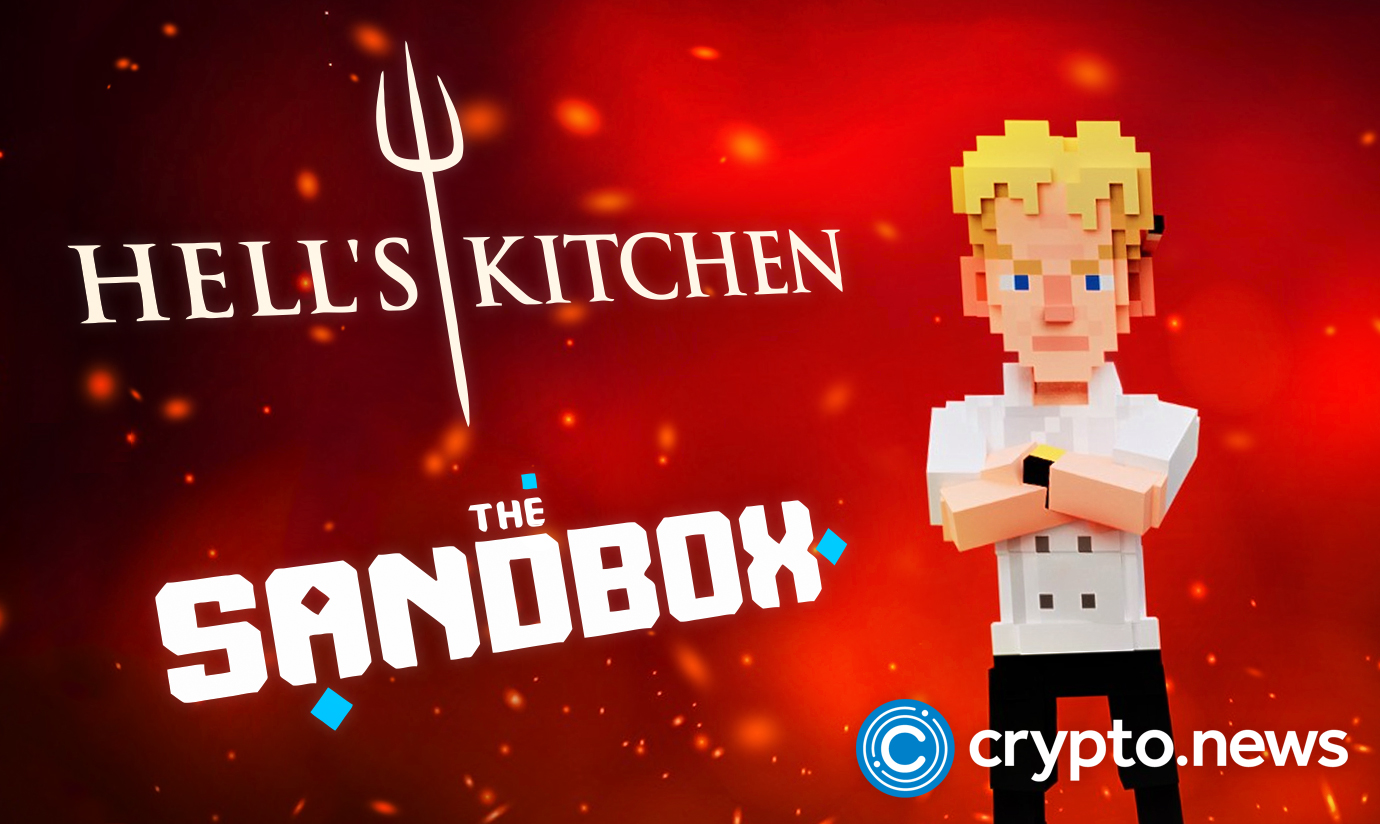 Hell’s Kitchen to Appear in the Metaverse on ITV

The highly celebrated reality cooking show will venture into the virtual world after teaming up with the metaverse platform, The Sandbox. Ramsay would also be part of the design of Hell’s Kitchen’s virtual surroundings as a restaurateur.

A statement from Sandbox revealed that the virtual Hell’s Kitchen would come with themed assets, including a limited-edition Gordon Ramsay avatar. However, users can utilize the chef’s avatar to contribute their unique experiences to the space.

Hell’s Kitchen is an American reality cooking show hosted by Gordon Ramsay. The show first debuted on Fox in 2005 and has been nominated for Primetime Emmy awards since then.

The show’s central characters are two chefs vying for the position of head chef at a restaurant for each season. Interestingly, this is the first of its kind cooking-themed metaverse show on The Sandbox.

Ramsay expressed his delight at the new development and added that he is excited to be part of this history with The Sandbox. According to him, this is the best platform to host the Hell’s Kitchen virtual experience and brand.

From automotive to fashion to e-commerce, the metaverse is home to all industries. The virtual ecosystem is rapidly expanding as brands look to establish a digital version of their businesses.

By entering the metaverse, enterprises seek to connect to keep up with the trendy choice of users. Consumers yearn for a virtual experience of their favorite products. To have an immersive metaverse experience, users adopt virtual reality (VR) or augmented reality (AR) devices to interact with the digital space.

Furthermore, the surge in demand for metaverse experiences has been growing with each passing day, according to Fortune Business Insights (FBI). The business analytics firm predicts the value of the metaverse market will reach $1.5 trillion by 2029.

The FBI research also revealed that the metaverse market experience is triggered by the boom in e-commerce, online gaming, and the increasing use of blockchain technology.

Facebook is the poster child of the metaverse potential after changing its name to Meta last year. The social media behemoth launched a whopping $50 million last year to develop the metaverse, which is expected to be ready in the next ten to fifteen years.

Tech entities are plunging huge assets into developing and perfecting the metaverse to meet their peculiar visions. Executives have a different version of the metaverse that they want to build. Still, they all share the same view of the opportunities in the metaverse.