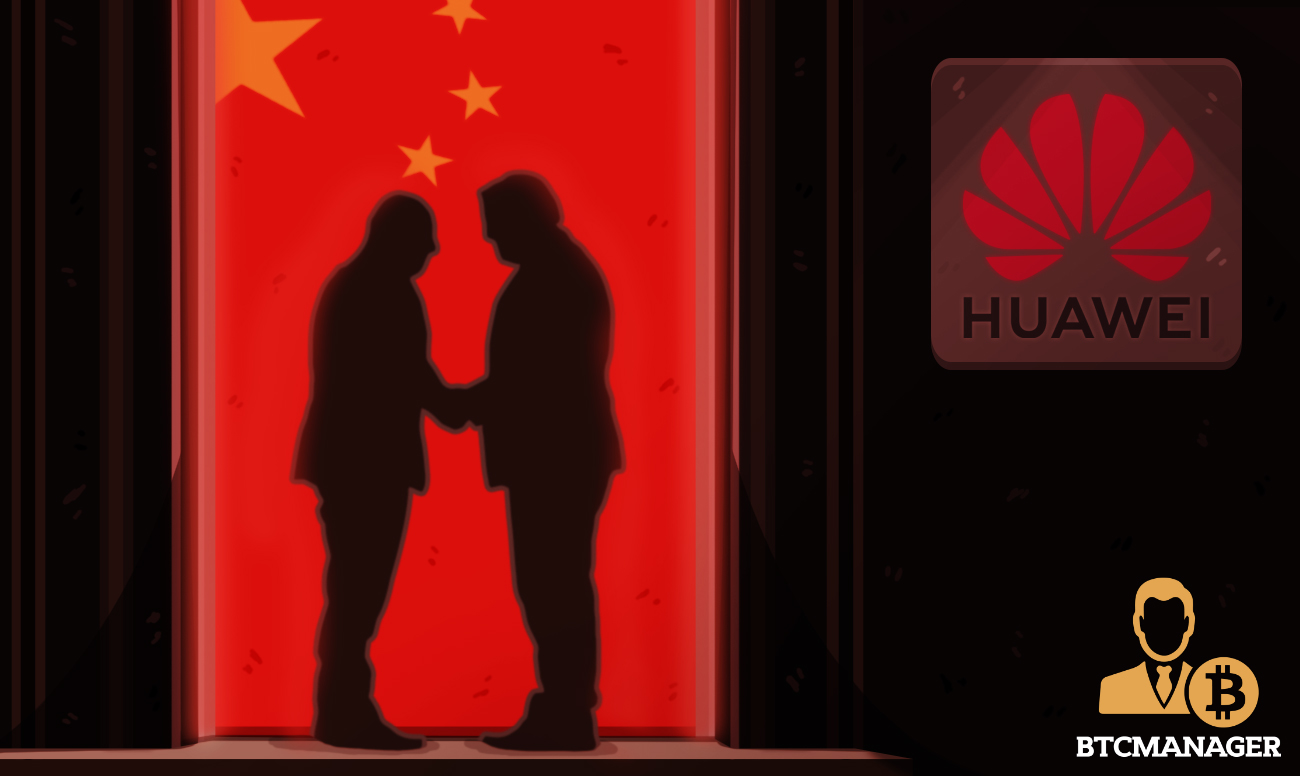 Per a November 4, 2019, statement from Huawei’s WeChat channel, the multinational telecom titan has signed a strategic cooperation agreement with the People’s Bank of China (PBoC) – China’s central bank.

Huawei Making Its Presence Felt in the BlockSphere

Huawei, a China-based telecom conglomerate that recently made its way to global newsrooms as a result of the U.S.-China trade war has entered into a business agreement with the PBoC.

According to sources in the know, Fan Yifei, Deputy Governor, PBoC, attended the signing of a fintech research cooperation agreement between Huawei and PBoC’s Digital Currency Research Institute. The said signing took place in Huawei’s headquarters in Shenzen.

Although the official announcement doesn’t shed much light on the nitty-gritty of the strategic cooperation agreement, it cements Huawei as a major player in the ever-evolving distributed ledger technology (DLT) space.

BTCManager reported in May last year how the third-largest manufacturer of mobile phones in the world had decided to release the bitcoin wallet of BTC.com in its AppGallery.

The Chinese multinational has also made significant strides in the blockchain smartphone space to leverage the benefits of the emerging technology for handheld devices. In March 2018, Huawei partnered with Israeli fintech startup Sirin Labs to develop the world’s first blockchain smartphone named “Finney.” Notably, Finney managed to get an endorsement from the legendary Argentine football star Lionel Messi.

On a more recent note, Huawei Cloud launched its Blockchain Services (BCS) offering to help develop, manage, and deploy blockchain applications in a cost-efficient manner on the company-run cloud.

China’s lender of the last resort – the PBoC – has historically been one of the most important vocal supporters of the emerging technology.

Further, it won’t be a surprise to see China gradually change its infamous anti-crypto stance, as recently, noted “Bitcoin supporter” Yi Gang was appointed as the governor of the central bank.

On a more recent note, the Publicity Department of the Central Committee of the Communist Party of China (CCPPD) had added video lessons to its official digital platform that give insight into the potential of blockchain technology and major cryptocurrencies like Bitcoin (BTC), Ether (ETH), and smart contracts at large.