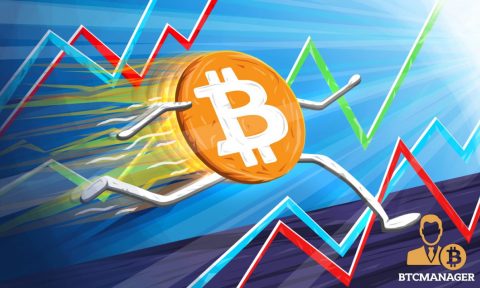 Marcus Swanepoel, CEO of Luno, believes that contrary to the prevailing view that Bitcoin is a safe haven asset, it is actually just a speculative asset that offers irrational returns as well risk. Luna is a cryptocurrency exchange in the United Kingdom that raised funding from the likes of Naspers and Digital Currency Group, as reported by Reuters, August 6, 2019.

The Debate Drags On

Correlation between Bitcoin and stocks has been negligible historically, making a compelling case for it during the portfolio construction process. Fund managers at pension funds, mutual funds, and other retail facing investment vehicles are constantly looking for ways to diversify their assets and minimize downside risk for their clients.

On the flip side, the CEO of Luno believes it is a speculative asset and not a safe haven. His logic resides in the fact that Bitcoin is volatile and liquidity in the market is mostly being provided by speculators.

Additionally, Fawad Razaqzada of Forex.com believes that the current trend indicates likeliness that this is short term behavior as a safe haven asset rather than a permanent phenomenon. He further adds that it’s potential to be hacked undermines its credentials.

Let’s be honest here, gold is just as speculative as Bitcoin and is much more volatile on a long term scale than stocks, bonds, or currencies. So why is it that gold can be considered a safe haven but Bitcoin cannot? The answer lies in perception.

The inability to understand that things don’t happen overnight and that there was a time when the concept of gold as money was just 10 years old, still finding global adoption is the key driver for refusing to see Bitcoin as a store of value.  Moreover, gold as a store of value emerged after the gold standard was lifted; the idea was that governments can’t control the supply of gold as it is scarce, and this gives it value.

Bitcoin has the same features: an inability to increase supply and no authoritative control. Except here’s the key difference – Bitcoin cannot be seized by a government, whereas your physical gold, gold ETF, and gold bonds can.

To address the point of hacks, Razaqzada is, unfortunately, dead wrong. Bitcoin – the network – cannot be hacked; people who store their BTC with no regard for safety get their BTC stolen. The risk of self custody still exists, but confusing this as a weakness of Bitcoin rather than human error is a fundamental misunderstanding.