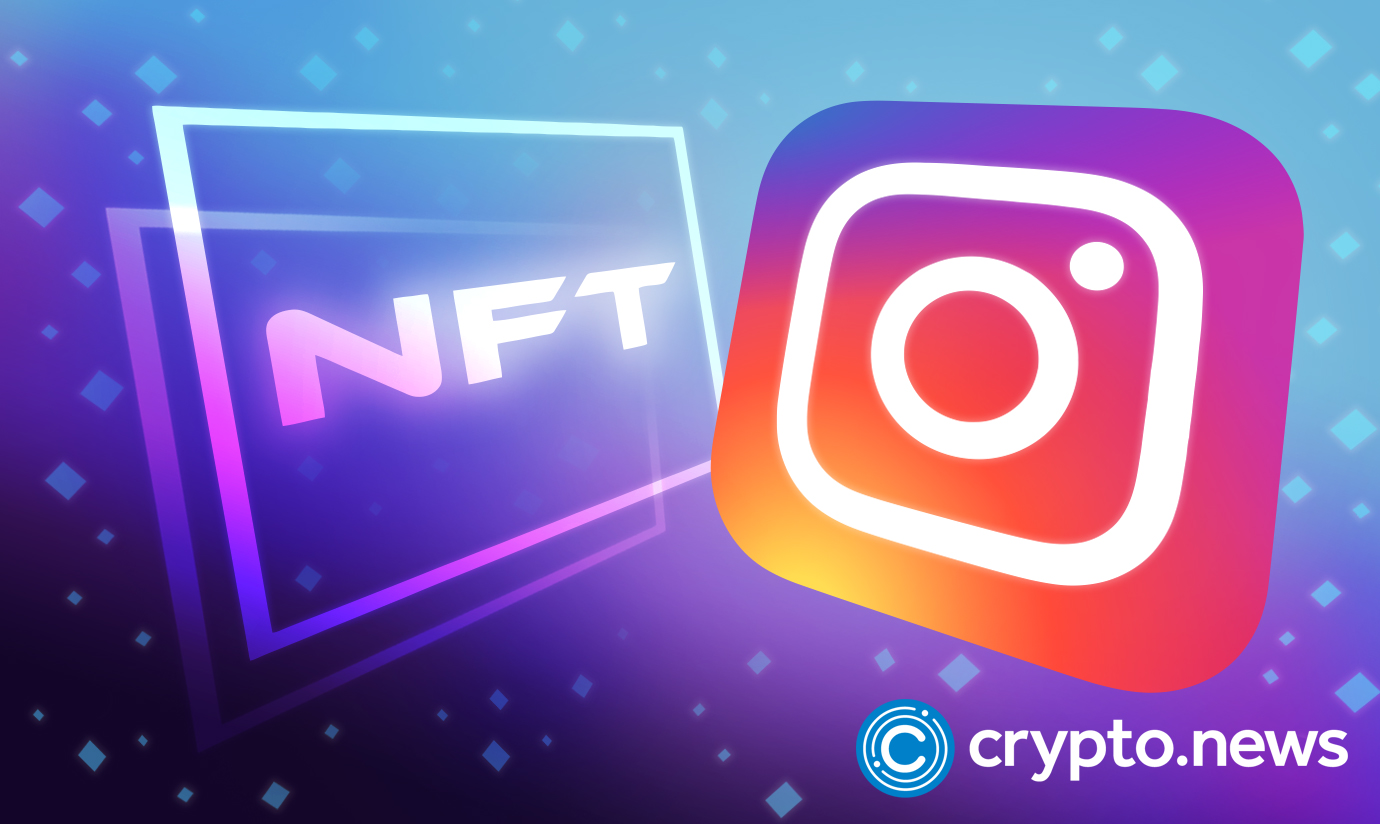 According to recent news, Instagram might introduce support for non-fungible tokens (NFTs) as soon as next week.

NFT Pilot Project to Kick Off in the U.S.

Reports suggest that the Meta-owned social media platform is set to announce a pilot project, initially focusing on a limited number of NFT enthusiasts from the United States. Instagram users will be allowed to post and share NFTs from major platforms such as Ethereum, Solana, Flow, and Polygon in the pilot.

And unlike Twitter, which at first made its users pay to show hexagonal NFT profile pictures, Instagram does not plan to charge users for the privilege.

Also, the social media platform, which has more than a billion active users every month, wants to add popular crypto wallets like MetaMask to its platform.

With this change, users of the popular photo-sharing site will be able to link their wallets to their accounts. This will show that they own any NFTs they post and tag the developers who made them.

NFT Integration On Insta Has Been A Long Time Coming

Head of Instagram, Adam Mosseri, in December 2021, when he said that the platform was “actively exploring NFTs.”

Mark Zuckerberg said the same thing again to Shark Tank’s Daymon John at the South by Southwest (SXSW) conference in Austin, Texas. He said that his company was working to make NFT work on Instagram soon.

A January report from the Financial Times also said that Instagram had started testing NFT-showcasing features on its own.

According to sources, Instagram’s NFT project was initiated by Kristin George, the company’s Senior Director of Product, Creators, and Reels, and David Marcus, Facebook’s former Head of Payments and Crypto. However, after Marcus left the project in December 2021, former Upwork CEO Stephane Kasriel was roped in to continue work on the project.

Meta is yet to give official confirmation of the reports. But the social media giant will likely say something officially as soon as Monday of next week.

Meta’s decision is expected to significantly increase the visibility and usability of NFTs. Instagram gets over 1 billion active users every month, and artists often use the platform to showcase and sell their work.

Could NFTs Suffice in the Future?

NFTs are digital tokens representing physical or virtual objects such as art, music, videos, and in-game items. These tokens are usually minted on blockchains and can be bought using cryptocurrency.

While anyone can copy or download digital files as many times as they like, NFTs give you unique and exclusive ownership of the work.

NFTs are usually one of a kind or at least one of very few. They are also imprinted with unique identifying codes that serve as proof of ownership. As such, NFTs have become popular among a new breed of collectors who value the digital bragging rights afforded by NFTs.

And nowhere else in the social media space is vanity more celebrated than in the filtered halls of Instagram.