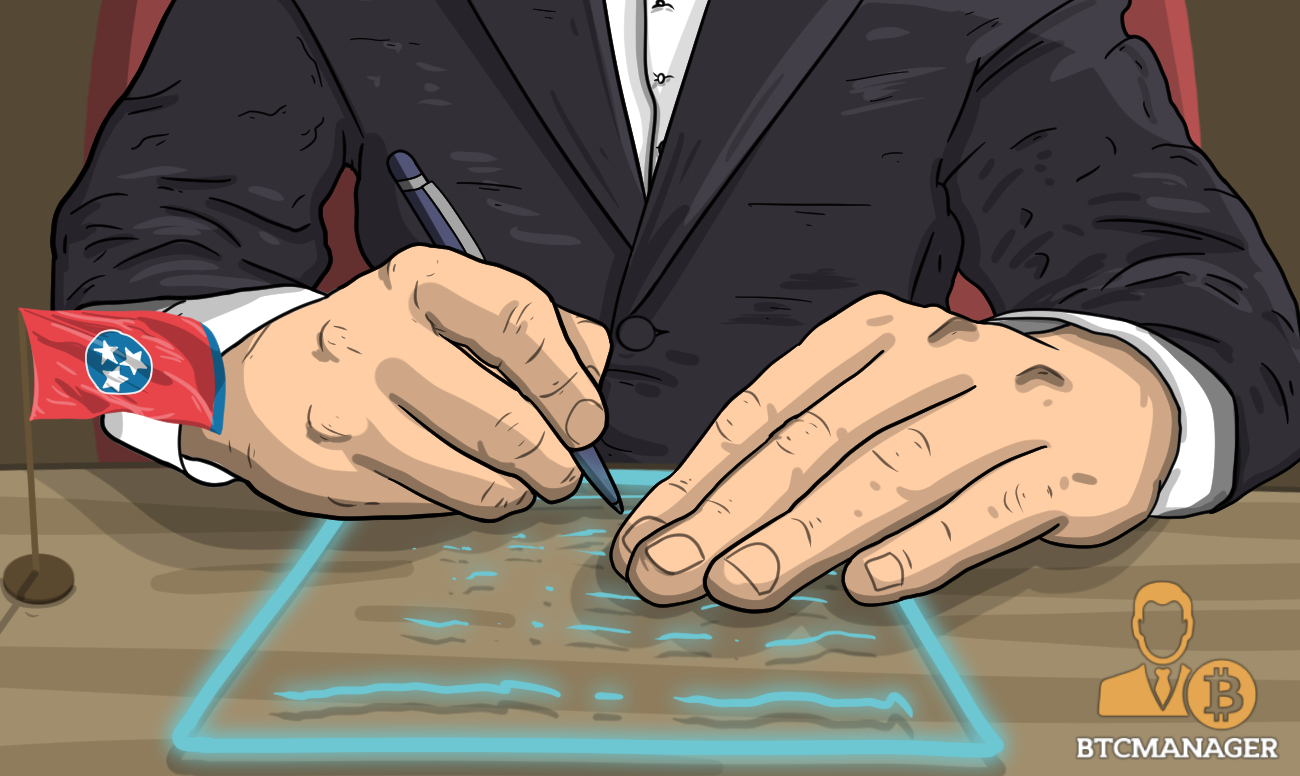 The government of Tennessee now officially recognizes Smart Contracts. This is a great news if we speak of the broad publicity component. By virtue of such events, the blockchain technology and all that’s related to it are drawing closer to become a standard approach and the way of how things work. However, the practice shows that the deeper you delve into the aspects, the more you understand that we are at the very beginning of quite a long and so far uncertain path. Before we investigate Smart Contracts on the back of a Tennessee law, it is better to explain the concept in the easiest possible way.

A traditional contract is simply a notarized piece of paper that details actions that are to be performed under certain conditions. Let’s assume there’s a group of individuals who would like to establish rules of how and under which conditions certain values are to be allocated. They need guarantees. That’s why they will constitute a contract. This paper doesn’t control the actions fulfillment, but only assures it. In case something is done against the contract terms, there’s court — the trusted face of justice, that will work things out if you show enough evidence of lawless actions.

Smart Contract. Just like a paper contract, it specifies the conditions. Along with that, since a smart contract is basically a program code, it carries out actions (which is impossible when we deal with the paper one).

Most typically, smart contracts are executed in a decentralized environment, where:

There’s a popular myth that smart contracts in Ethereum can take exterior data from the web and use it in their environment (for example, smart contract transfers money to someone who won the bet, considering the football match results) You can not do that, because smart contract only relies on the data that’s on Ethereum blockchain. Still, there is a workaround. The database (Ethereum’s, in our case) can contain so-called oracles — ‘trusted’ parties that collect the data from ‘exterior world’ and deliver it to smart contracts with the aid of certain methods. For more precision, it is necessary to choose a wide range of independent oracles that provide a smart contract with information, in this way, minimize the risk of their collusion.

Smart Contract Itself is Only a Piece of Code

For a better understanding, take a look at what Pavel Kravchenko, CEO of Distributed Lab, wrote about Smart Contracts on his Medium: “A smart contract itself is a piece of code. The result of this code should be the agreement of all participants of the system regarding account balances (mutual settlements). From here indirectly it follows that a smart contract can only manage money that has already been digitized. Without a payment system that provides such opportunity (for example, Bitcoin, Ethereum or central bank currency), smart contracts are absolutely helpless!”

Smart Contracts under the Tennessee law

And so. Store data on a blockchain is now a legit thing to do in Tennessee. Here are some of the primary conditions stipulated by the law:

It is worth noting that definition of a smart contract is pretty clear and comprehensive here. But, unfortunately, it doesn’t let the matter rest, and some questions were not covered:

The Problem is not with Smart Contracts, but with Creating the Groundwork for their Successful Appliance

Unfortunately, it is impossible to build uniform smart-contract-based relationships only at the expense of the fact that regulator officially recognized the technology. For example, you won’t be able to sell your apartment via Smart Contract functionality if there won’t be a regulative base that considers:

So, it’s true. Smart Contract itself is a piece of code and objectively is not a problem at all. What is a problem, however, is to prepare a sound basis for the successful implementation of Smart Contracts in our everyday life. Create and launch a mechanism that would allow the connection of two entirely different gear wheels:

That’s how we concluded that governments simply couldn’t adapt smart contracts according to the existing laws and traditional state of things. Just because it won’t be a smart contract anymore. So, there’s no problem if blockchain-related technologies will be legally binding, but it shouldn’t contradict the main concept of decentralization.