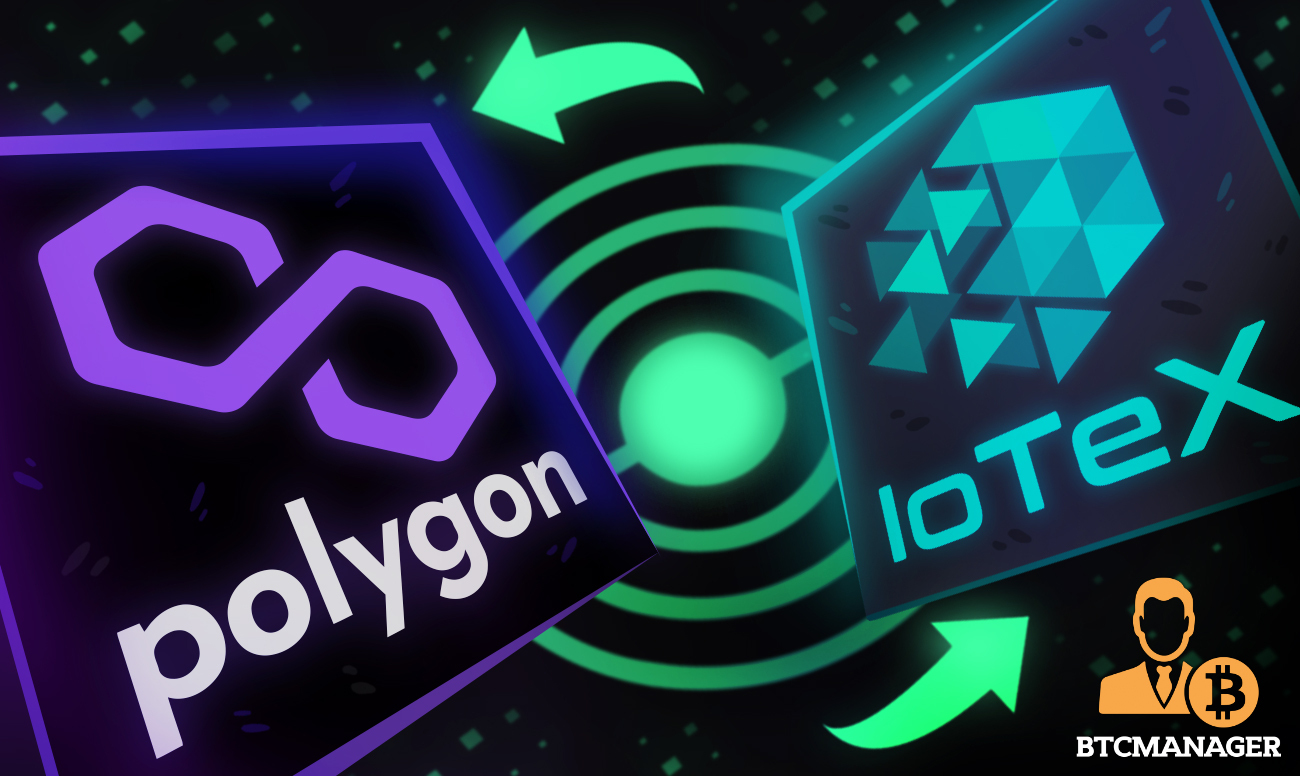 Building upon its partnership with Polygon (MATIC), IoTeX, a distributed ledger technology (DLT) project that claims to be focused on building the Internet of Trusted Things – an ecosystem where humans, machines, businesses, and decentralized applications (dApps) can interact with total trust and privacy, has added support for Polygon (MATIC) in its cross-chain bridge.

As earlier reported by BTCManager, IoTeX launched the ioTube v4 cross-chain bridge in April 2021, allowing users to carry out a secure and frictionless bi-directional exchange of a vast array of crypto assets between IoTeX, Ethereum, and Binance Smart Chain (BSC).

Fast forward to June 11 and the IoTex team has added support for Polygon (MATIC) on ioTube v4, making it possible for members of both ecosystems to carry out seamless token swaps between the two networks with ultra-low fees.

For starters, IoTeX v4 will support only a handful of Polygon tokens, including MATIC, wMATIC (wrapped), wETH, wBTC, DAI, USDT, USDC, SUSHI, QUICK, and AAVE. However, the team has made it clear that more tokens will be added to the list shortly.

To start enjoying cost-efficient and superfast token swapping on the IoTeX network, just download the Mobile or Desktop version of the ioPay application, and follow the comprehensive step-by-step guide for Polygon-IoTeX, Ethereum-IoTex, BSC-IoTeX on the ioTube website.

Notably, the team says ioTube v4 uses multiple smart contracts on both the origin and destination blockchains to facilitate cross-chain token swaps. Explaining the workings of ioTubev4, the team wrote:

The WitnessList smart contract keeps a record of the active witnesses, TokenSafe stores the tokens deposited to the token cashier before passing them to the transfer validator which in turn sends the tokens to the rightful recipients.

The TokenList contract stores the list of whitelisted tokens, the MinterPool’s primary function is to hold the minter authorities of all mintable tokens, while the TokenCashier contract accepts all crypto assets deposits and issues a receipt for each successful deposit.

Founded as an open-source distributed ledger in 2017, IoTeX is backed by a global team of more than 30 research scientists and engineers.